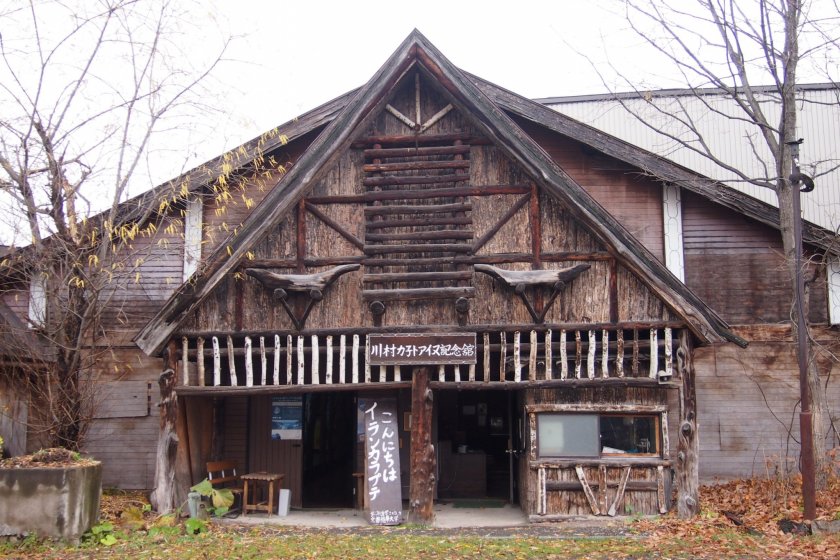 The oldest Ainu museum in Hokkaido, established in 1916

The Kawamura Kaneto Kinenkan is easily accessible from Asahikawa by bus 24 or 25.

Perhaps because I went during the low-peak season and that it was a cold rainy day, I was the only visitor. When I first entered into the compound, there was no staff in sight. I later “discovered” a man in the little Ainu hut in the yard, building a fire. After he collected the entrance fee of 500 yen from me, he basically left me to my devices.

The museum itself does not have much information in English. There is one pamphlet that gives an overview of Ainu culture, but for a non-Japanese speaker the Kinenkan is largely a visual experience.

However, as most of the artifacts come from the Kawamura family, they have an extra historic appeal. While some English explanation would be great, simply looking at them also impresses upon the viewer the uniqueness of the ainu culture. I found the photos contributed by Kawamura Kaneto most intriguing; they really provide an eye-opening introduction into the Ainu ways of life. The authenticity of the photos also adds to their wow-factor.

Next to main museum display is a little theater where Ainu traditional performances are still held, most frequently in summer. Though there were no performances when I went, it was still interesting. Some Ainu long boats and musical instruments displayed there.

There was also a little shop selling trinkets, wooden figures of owls, bears, and the ainu people. As I turned to go to the Ainu hut, I saw the bearded man take a musical instrument - probably the Ainu Tonkori - from the theater room and enter into his small office while taking a brief glance at me. Long after I left, I kept wondering if he was a real Ainu and feeling a pang of regret that I did not start a conversation with that elusive man.

The Ainu hut outside was probably built by true-blue Ainu. The fact that a fire has been set up in the hut that day I visited helped in my imagination of the ainu people and their lives in these huts. It seemed like a true, livable hut, unlike those found in sterile museums.

How to get there: Buses 24 and 25 run from city center to the museum from bus stop no. 14 between Feeeal and Seibu Shopping Center. It costs 170 yen one way. The name of the bus stop to alight is Kawamura Kinenkan mae. 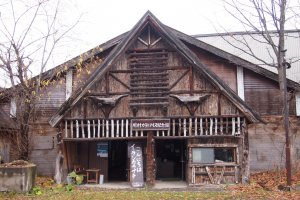 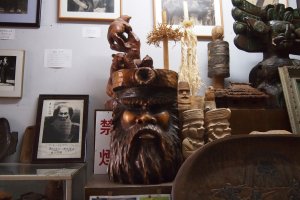 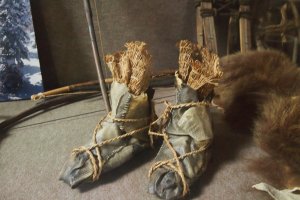 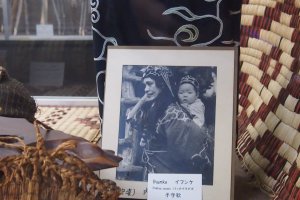 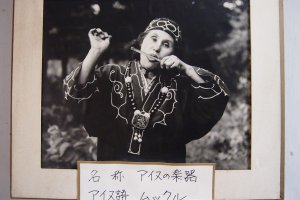 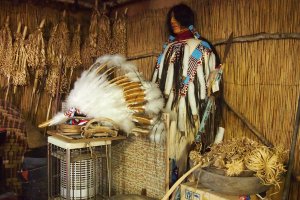 Elena Lisina a month ago
Northern cultures are very similar in many countries. It's very interesting!
Reply Show all 0 replies
1 comment in total