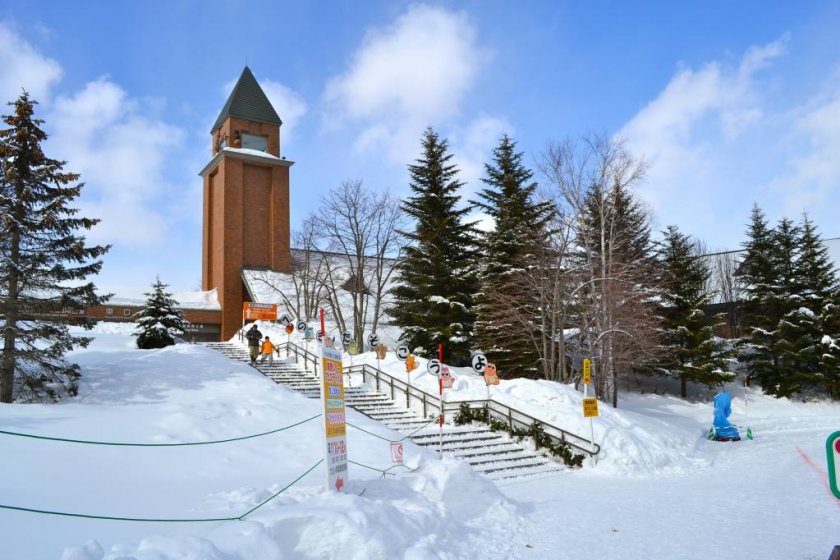 Winter fun just a hop away from Sapporo!

Back from our drift-ice sightseeing at Abashiri, we still had a full day to spare in Sapporo before our flight back to Tokyo. Since we had already spent the rest of the trip enjoying the Sapporo Snow Festival and the Otaru snow lamp festival apart from the local sightseeing, it was now time for some winter sports. Being absolute novices, we were wary of spending our time at any lavish ski resort and wanted to visit some place less intimidating and easily approachable from Sapporo. Following a friend's reference and after an elaborate FAQ session with the efficient and friendly personnel at the Sapporo tourist Information Centre, we could zero in on one such place, the Takino Snow World.

The Takino Suzuran Hillside National Park beautifully camouflages itself into a snow wonderland every winter and presents itself as the 'Takino Snow World'. This park is the only Japanese National Government Park in Hokkaido and can be reached in less than an hour's drive from Sapporo. Those opting for public transport, like us, can take the subway Nanboku Line till the Makomanai station (20 min) and thereafter take the Chuo Bus #102 Takino Suzuran Koen Line for a half an hour ride till the 'Suzuran Koen Higashiguchi' stop.

Generally, in other seasons there is an entry fee of ¥400 but in winter, the entry is free. Atop a flight of stairs and through a brick east entrance gate, it is all a whole vast expanse of snow. The very first building on the left is the Higashi-guchi rest facility which also houses the coin lockers and is good for taking a break and enjoying some light snacks. It took us a while and some more steps ahead before we could figure out the information centre located in the 'Country House' to the left. It also houses the rental corner for skiing and snowboarding. Just opposite this rental corner is the 250 meter long 'family slope'. With a gentle slope of about 7 degrees and a variety of lift tickets to choose as per one's convenience, time and interest, it is ideal for families, kids and beginners alike.

But before trying our hands at skiing, we headed straight for tube-sledding. Boasting of the longest sled slopes in all of Hokkaido, this is the main attraction of the snow park. Reaching the spot we saw lines of tubes sliding through parallel lanes and people and kids taking their turns on and on. We searched a while for the ticket counter but soon found out that it was absolutely free. The tubes were free to rent and so was the rope-towing facility that pulled us up to the top where we lined up for our turn to go whooshing down one of the lanes. One could do it again and again, to their heart's content. Other than the straight slopes there was one S-course with curves and high banks that made the ride even more exciting.

Near to the tube-sledding area was an indoor kids play house and the kids valley rest house where one could take some time off. Having enjoyed a good sledding time, we then tried our hands at skiing. The whole ski set was available on rent for ¥2500 a day. Strapped and all geared up, we ventured into the snow and had quite a few humpty-dumpty falls and got a few kids running out of our way before we call it quits and were relieved to be back on our feet again.

Once out of the park, we were surprised to see an Indian take-out van just near the exit. A few steps ahead to the right there was a small sledding area especially for the kids and a row of yatais to its right.

Since we had a flight to catch the same evening, we decided to take the 3:28 pm bus instead of the the last one at 4:33 pm. On our way back we were taken aback when, breaking the normal view, towered a row of overwhelmingly huge human statues or moai. We couldn't check this place due to lack of time but later on, with some basic online research, we could identify it as the Makomanai Takino Cemetery.

Apart from the various winter activities, the Takino park offers a host of amusements like camping, cycling, golf, fishing etc for the summer and spring seasons too ensuring a day full of fun and adventure anytime of the year. 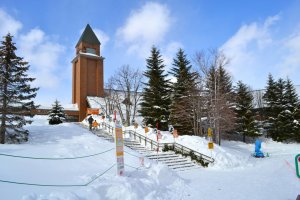 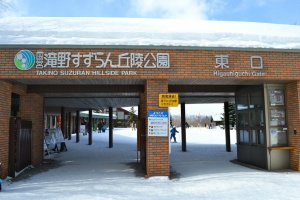 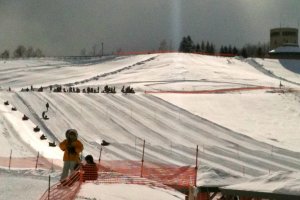 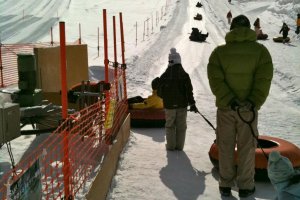 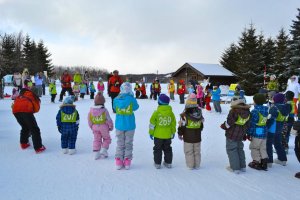 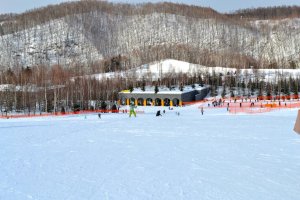 Kim 2 years ago
This place looks like so much fun!
Reply Show all 0 replies

Varsha Vaswati Author 8 years ago
@Bonbon: Oh is it ? Hokkaido is indeed every skier’s paradise and Takino is particularly good for beginners and kids ! Thank u.

@Tyra: Thanks so much !
Reply Show all 0 replies

Bonson Lam 8 years ago
This is a really good value place. I went skiing in Australia recently, and it was twice as expensive as this, let alone the six hour drive to the ski fields!
Reply Show all 0 replies

Tyra 'nell Pille-Lu 8 years ago
Wow, thanks a lot for the informative reply. Prices aren't so bad at all. Indeed, I would love to explore Hokkaido. I'm looking forward to reading more of your articles.
Reply Show all 0 replies
9 comments in total