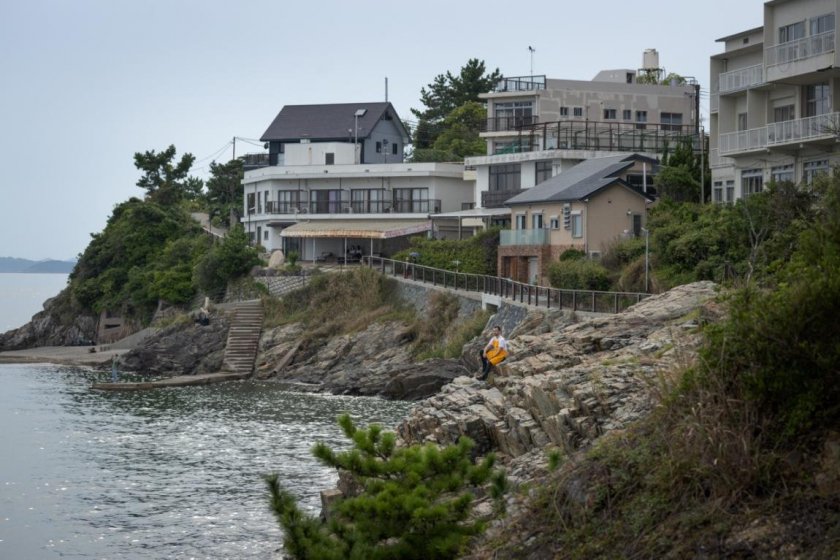 Discovering the past—linked by salt

Located in the far southwest corner of Hyogo Prefecture, Ako is a small city nestled on the shores of the Seto Inland Sea. It rose to prominence during the Edo period (1603–1867) as one of the country’s prime salt-producing areas, especially after the development of new techniques led to increased productivity and efficiency. Nowadays, the region is still known throughout Japan for its famous salt, but it is also rising as an attractive travel destination thanks to its wonderful seaside hot springs, fascinating history, and abundant nature. All of this is within easy access of major tourist destinations such as Osaka, Hiroshima, and Himeji.

The history of salt-making in Ako

Surrounded by low, forested hills, Ako lies along the slow-flowing Chikusa River, which winds down from the mountains and out toward the flat coastal plains where the city’s salt-making industry developed. Japan lacks certain natural resources such as rock salt, and so since ancient times, the Japanese have relied on seawater for salt production. However, as the salt concentration of seawater is only about 3 percent, the old way of boiling seawater to produce salt was not particularly efficient—that was until a new method was developed during the Edo period.

This new method involved creating salt fields, which were constructed using seawalls, tidally fed by various channels, and filled with seawater. After the seawater evaporated the resulting salty crust was mixed with more seawater, increasing its salinity (up to 18%) before being boiled down, creating the famous and high-quality salt which Ako became known for.

Thanks to its wide coastal flats, the large tidal range of the Inland Sea, and the region’s mild and sunny climate, Ako became a pioneer of this new salt-farming method, called irihama enden. After around 1645, the Asano Ako clan began developing these salt farms on a large scale, which eventually covered hundreds of hectares of land by the later Edo period. Ako became renowned for the size and productivity of its salt-making industry, shipping salt to Osaka, Tokyo, and beyond.

The irihama enden method was used for three hundred years until a new flow-down technique increased productivity again in the 1960s. Nowadays, most of Ako’s salt is produced in factories. However, Ako still accounts for about 20 percent of the nation’s salt production and is still nicknamed Japan’s ‘salt country’.

But that is only part of Ako’s history, for the city is well known in samurai lore for the ‘Chῡshingura’, the infamous story of 47 loyal ‘rōnin’ samurai who took revenge following the death of Naganori Asano, the lord of Ako, in 1701. Human activity in the region goes back much further that too of course, as evidenced by the remnants of Jomon and Yayoi era villages and tumuli (ancient burial mounds) found in the Une district - a must-visit spot for history buffs.

Ako is a small city with many rural locales, encompassing a number of different and unique areas. The main area of Ako centers around Banshu-Ako Station. Nearby, there are many places with nods to the city’s deep history, including the Ako City Museum of History where visitors can see salt-making equipment and learn more about the city’s fascinating past. The extensive Ako Castle Ruins are also just a stone’s throw away, or for a spot of culture, you can wander around the beautiful grounds of either Kagakuji Temple or Ako Oishi Shrine, both located right in the heart of the city.

The Misaki and Osaki areas lie at the southern end of the city. Here, you can find some of Ako’s best seaside ryokan (traditional Japanese inns), offering seaside hot springs directly overlooking the ocean and serving exquisite seafood which varies depending on the season. Kirakira-zaka is a popular photo hotspot—follow steps down the narrow and pretty paved street—lined on both sides with stylish cafes and shops. Take in the wonderful views of distant islands which pepper the Seto Inland Sea.

At the nearby Hyogo Ako Seaside Park, you can see accurate reconstructions of the buildings and methods used for salt-making, and even make your own salt to take home. There is also an interesting science museum, extensive park grounds, and beaches to enjoy when the weather is fine.

At the eastern perimeter of the city is Sakoshi, a charming old harbor area where many historical buildings remain. Osake Shrine lies partway up a hillside overlooking the bay and plays a pivotal role in the lively Sakoshi Boat Festival which takes place on the second Sunday every October.

Don’t forget to pay a visit to Okuto Shuzo, an impressive old brewery with a small museum that has been producing sake since the Edo period. You can also pop into the Former Sakoshiura Kaisho, a meeting place and rest-house for the lord of the Ako clan—it is a wonderful place to take a break and admire the fabulously preserved interior and miniature Japanese garden that evoke the atmosphere of days gone by. Also don’t miss the fine Neapolitan-style pastries at Salita, an artisan bakery on Sakoshi’s main street.

In the rural Une district to the north of the city, you can discover relics from Ako’s deepest history. At Higashi Une Okita Historical Site Park, there are ruins and artifacts of villages dating back to the Yayoi period (300 BCE–300 AD), including faithful recreations of straw-roofed pit houses; while at Ako City Une Koukoan, you can marvel at archaeological finds from as far back as the Jomon period (14,000–300 BCE).

Any visit to Ako is certain to be a real voyage of discovery, in this city brimming with history, nature, and soul-healing relaxation spots. 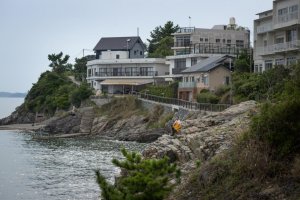 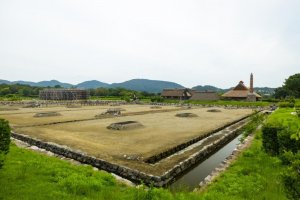 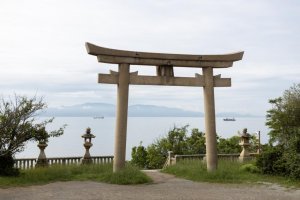 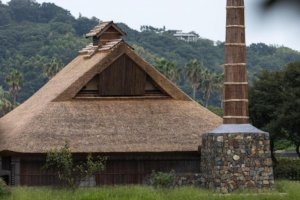 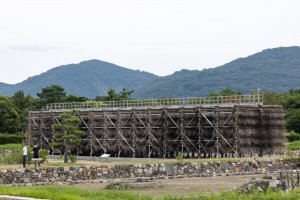 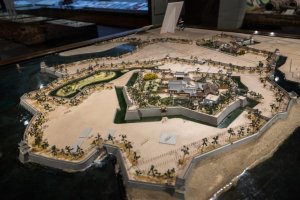 Elena Lisina a year ago
Tom, is it possible to explore Ako on foot, from Banshu-Ako Station? Can't imagine how big it is.
Reply Show all 2 replies

Tom Fay Author a year ago
It's possible, although things are a bit spread out - renting a bicycle could be a good way to get around! The seaside onsen area for example is probably around 50 minutes walk from the station.
Reply

Elena Lisina a year ago
Thank you for the reply. 50 minutes walk for me is better than dealing with a bicycle! :) We are used to right-hand traffic.
Reply

Bonson Lam a year ago
This place here reminds me of some of the tranquil fishing villages that I have visited, but with so much more in history, culture and lifestyle.
Reply Show all 0 replies
4 comments in total