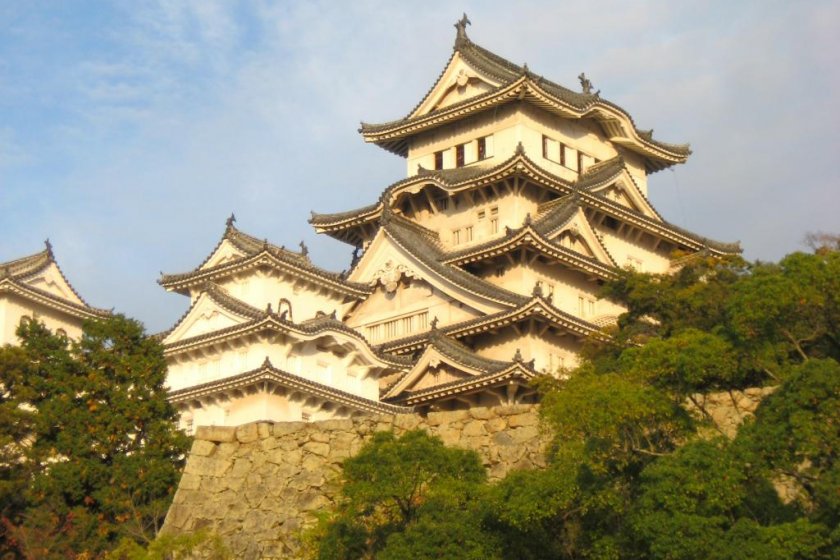 The best of the "top three" castles in Japan

If you only see one castle in Kansai, put this at the top of your list!

Reportedly the most visited castle in Japan, Himeji Castle (Himeji-jo)—nicknamed the “White Heron”—has been standing proudly on top of a hill called Himeyama, in Himeji, south Hyogo, for 400 years.

Constructed from wood, not stone, it is named the White Heron due to its white plastered earthen walls that help to make it fireproof. Built by Regent Toyotomi Hideyoshi in the late 16th century, the first castle was destroyed by Ikeda Terumasa, a feudal lord under the Tokugawa Shogunate in 1600, who built this new fortress over a period of eight years.

The main tower is 46.4 metres high, but as it’s built on top of Himeyama, it stands 92 metres above sea level.

Himeji-jo is comprised of 83 buildings and has a highly developed system of defensive design, similar to a maze. Nowadays although the route is clearly marked, many visitors still get lost.

Once inside, be prepared to walk up narrow wooden stairways. The castle also relies solely on natural lighting, so if it’s a cloudy day some rooms can appear darker. The best thing about Himeji-jo is that it really looks, feels and smells authentic. Most of its significant features have been preserved. Himeji-jo is a triumphant survivor and example of early 17th century Japanese castle architecture.

Virtually unaffected by natural disasters and war, I felt both fortunate and happy that this magnificent structure still stands, protected for future generations to enjoy.

The surrounding grounds afford many angles to take photos of the castle from afar, as well as some nice seasonal foliage such as Japanese maple and cherry blossom trees. Naturally there are amenities such as toilets and the ubiquitous souvenir shops selling all kinds of related merchandise and Japanese snacks. In 1993, Himeji-jo was registered on UNESCO’s World Heritage list. Himeji-jo is a must-see. Superb!

By JR express train (Sanyo Line) from Osaka it takes about one hour to Himeji and 40 minutes from Kobe. From Himeji Station, the castle is a 15 minute walk.

Find out more about Himeji Castle.

Ben Humphreys lived in Osaka from 2003-2010 and from 2013-He loves Japan, and hopes to convey some of its allure and magic via Japan Tourist. Here is just some of what he loves about Japan, his spiritual homeland.Good action. 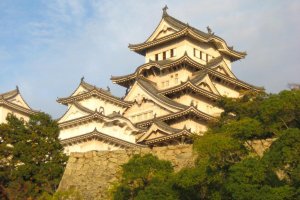 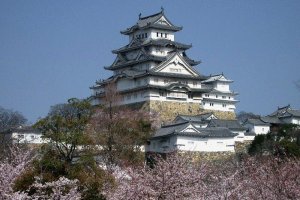 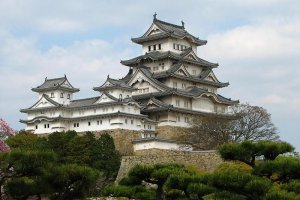 Andrew C 4 years ago
wish I could go there.
Reply Show all 0 replies

Elena Lisina 5 years ago
It's my dream to visit Himeji castle!
Reply Show all 0 replies

Guilhem Malfre 8 years ago
Actually Himeji castle (which is by the way absolutely fantastic) is under renovation until 2015, so check before you go: part of it might be covered by scaffolding.

By the way, check the photography shop on the main street between the castle and the station for fantastic shots of the castle in all seasons, as posters and postcards.
Reply Show all 0 replies
3 comments in total