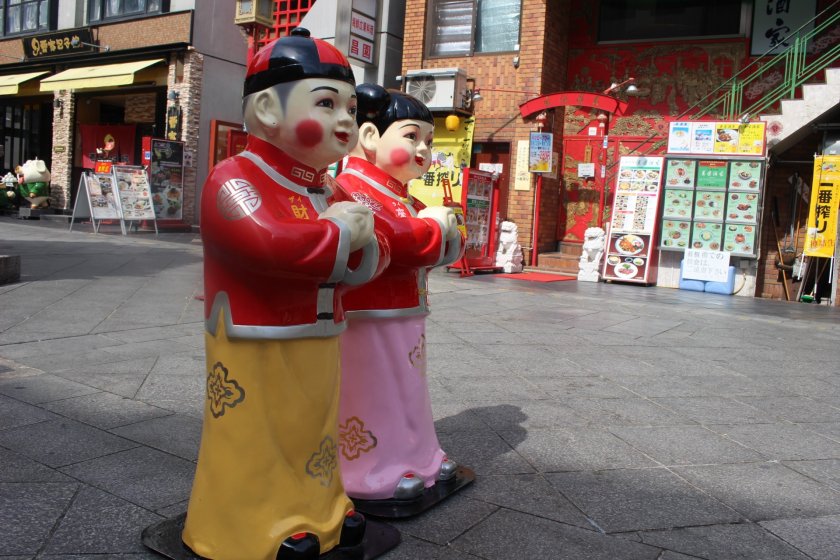 Nankinmachi, the name of the Chinatown district in Kobe, is famous not only for its cultural and historical significance, but also its status as a great tourist destination.

The primary draw to Chinatown is food, food, and more food. There are over 100 restaurants here, ranging in price and formality. More striking is the heavy presence of street food, with vendors lining the streets and selling a wide variety of snacks and small foods to be eaten while walking around. There is a lot of traditional Chinese dishes (dim sum, jian dui (sesame balls), steamed buns, and mini Peking duck wraps), some Chinese interpretations of Japanese and Western food (I tried a "Chinese chicken burger" that was excellent), plus things like ice cream and tapioca drinks. Whatever you do, come hungry.

As Nankinmachi is also home to about 10,000 people, it is also a functioning town full of grocery stores, clothing shops, and odds and ends stores.

There is also a temple, as well as a famous festival held here during the Chinese New Year season.

Kobe's Chinatown dates back to the year 1868, when Kobe's nearby port was opened to foreigners and an influx of Chinese traders and immigrants entered the region. The Chinese people - who were from various parts of China - were generalized as "people from Nankin" (Nanjing), hence the nickname of the area, "Nankin-machi."

The region suffered major structural damage twice. The first time came during World War II, during the bombings of Kobe. Then, in 1995, it was severely damaged during the Great Hanshin Earthquake. It was obviously rebuilt each time, and continues to thrive today. 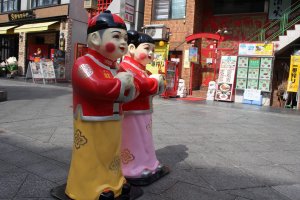 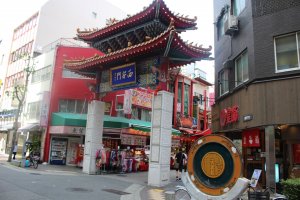 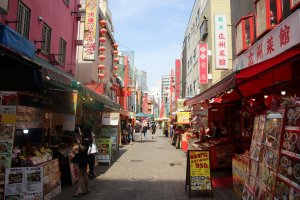 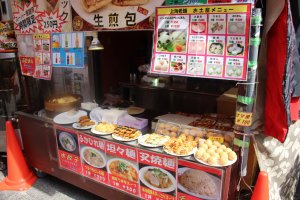 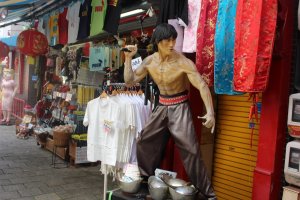 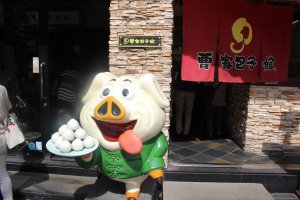