Sumoto Castle From the Sengoku Period

At Sumoto Castle wind isn't the only thing to get you!

At the top of Mikuma Mountain, located in the south eastern coast of Awaji Island, the keep of Sumoto Castle stands tall and proud.

Awaji Island is located in Hyogo prefecture, between Honshu and Shikoku Islands. It is the second largest island in the Seto Inland Sea. The Island is connected to Akashi City by the longest suspension bridge in the world with a span of 1991 meter. The bridge alone is almost worth the trip there. “Akashi Bridge” and is around 30km from Osaka.

Sumoto Castle was built in the 16th century, precisely in 1526, by Japan’s second greatest unifier “Toyotomi Hideyoshi” during the Sengoku Period, and it underwent multiple renovations through Edo period. However, by 1642, the castle was deemed unnecessary and so it was demolished and the keep was later rebuilt on the original stones base in 1928 with reinforced concrete, but no entrance to the keep was made.

The castle has a strategic view on Osaka Bay as it was built for the purpose of controlling it. Also it has a fascinating view of what is now the largest city of Awaji Island, Sumoto City.

Although visitors cannot enter the keep since it has no entrance, they can still have a look at what it's like inside when standing right under the keep’s original stone base.

The walls surrounding the castle, the stone bases and stone stairs are all that is left from the original building. The rest of the attraction was either rebuilt or added for the convenience of the visitors. Let's not forget that visitors aren't charged any fees to visit the historical site!

Visitors should be weary of the strong wind that blows up the hill to the top of the mountain though, especially light weight people and children. I personally highly recommend that children not be taken to this historical site for safety concerns on windy days. Also, if you don’t want your hair to get tangled, you’d better cover it before walking up to the site. Despite this factor however, the experience was well worth the effort of getting there. The feeling of greatness you get from the old stones and walls surrounding the visitors is matchless. It is not only the wind that gets you, but also the grandeur of the castle that gets you!

Sumoto castle is located in Sumoto City in Awaji Island. The nearest bus stop to it is Koen-mae bus stop. It takes around 45 minutes to hike from the bus stop to the castle's ruins. 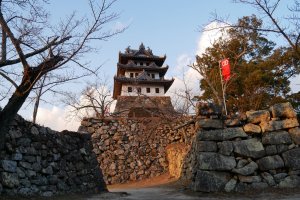 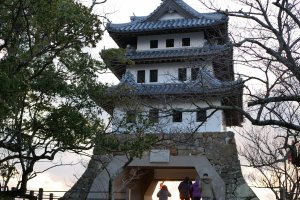 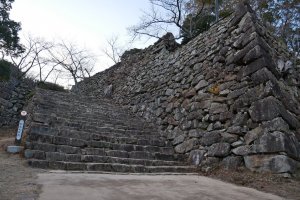