You may hear about various fermented food trends popping up every now and then paired with buzz words such as ‘superfood’, ‘natural’, and ‘healthy’. What may be a trend in the west, throughout Asia the process of fermentation has long been around. With the rise in popularity of Asian cuisine in western markets, people are becoming more interested in not only the health benefits that fermented foods provide but also the opportunity for experimenting with a variety of flavors.

Fermentation is a process that involves the breakdown of carbs by bacteria and yeast. It results in a distinctive flavor that is commonly used to make foods and drink like yogurt, cheese, and beer. Fermentation also promotes the growth of good bacteria, known as probiotics which have health benefits to improving immune function, as well as digestive and heart health.

Japan has a long history of making fermented foods which are an essential part of the Japanese daily diet. If you go into any kitchen in Japan you will find fermented products like soy sauce, miso, and sake. These products are all made using a type of mold called ‘koji’ that breaks down the carbohydrates in rice and soybeans into sugars that can be fermented. There are many areas around Japan that have preserved the traditional methods of fermentation using generations of knowledge passed down with years of experience.

Ibaraki Prefecture is located just northeast of Tokyo and can be reached by express train in just under a 1 hour and a half journey. It is also home to a number of artisanal factories that are still using traditional fermentation methods for producing food and drink products.

Here we introduce some of the local factories and shops around Ibaraki's Mito that will make for an authentic food- and fermentation-themed tour.

Natto, which is fermented soybeans, is a common food many Japanese eat for breakfast over rice. The Mito area in Ibaraki is well known across Japan for its natto and Mito Tengu Natto Sasanuma Goro Shoten is a local institution. Started in 1956, the company is known for standardizing the process of natto production for large-scale manufacturing, but they are also still selling the traditional rice straw packaged natto like in the olden days.

If you pay a visit to their factory and shop you will find they have an exhibition hall where you can learn about the history of natto and its production. While most Japanese are accustomed to eating natto, it can be an acquired taste for others, however it is a nutrient-rich and healthy, probiotic start to the day, and when in Japan...

Tousuian is a traditional Japanese restaurant that specializes in modern kaiseki (haute) cuisine. The restaurant is located just next to the famous Kairakuen Garden with views from its dining room of Lake Senba.

Tousuian happens to be one of the few restaurants that prepares ‘koumon ryouri’ named after Tokugawa Mitsukuni who was also known as Mito Koumon, the second Daimyou of Mito and Tokugawa Ieyasu’s grandson. He was known for having an appetite for new world foods and often dined on dishes that many people in Japan at the time had never tried. He lived by the ‘Ichiju Sansai’ diet of one soup and three side dishes, however he was known to alter the meals using a variety of ingredients creating a modern take on the traditional cuisine.

There are a variety of menu options to choose from at Tousuian with several courses or a la carte. However, for the ‘koumon ryouri course’ you must make a special order in advance.

Kairakuen is located in the Mito area of Ibaraki and is known as one of Japan’s three great gardens along with Kenrokuen in Kanazawa and Korakuen in Okayama. In 1842 the feudal lord Tokugawa Nariaki commissioned the construction of this garden as a place of tranquility to relax. Unlike other great gardens at the time, it was open to the public, holding true to its name which translates to “a garden where everyone can enjoy together”.

The garden spans across 13 hectares of lush green space and is most famous for its over 3,000 plum trees. Kairakuen also features a bamboo grove, cedar woods, a swan lake, and a traditional Japanese building called Kobuntei, where you can get some impressive panoramic views of the garden from the top floor.

The garden is beautiful at any time of year, but is most impressive when its plum trees are in bloom. There is a plum festival held annually mid-February through March.

Curious about food, local produce and life in Japan's countryside? Head to Ibaraki, situated some 100 km northeast of Toky..

Leave Tokyo for a couple of days and enjoy the change of scenery on a two-day Tsuchiura Cycling Tour. Arrive at Tsuchiura Stat.. 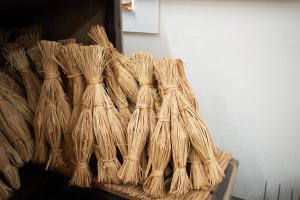 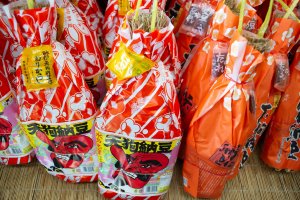 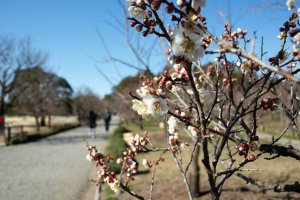 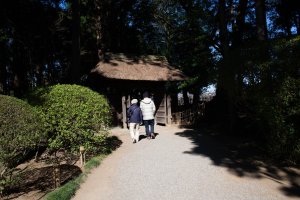 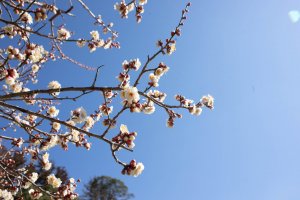 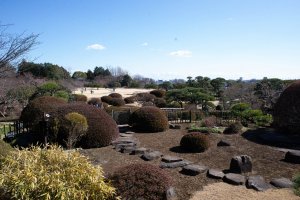 Geraldine Buergel a year ago
The western cuisine can really learn a lot from Japans' history of fermented foods.
Reply Show all 0 replies

Sébastien Duval a year ago
I strongly recommend visiting the award-winning Tengu Natto factory even if you do not know/like natto; I was impressed! https://twitter.com/sebastienplus/status/1239096716856446976
Reply Show all 0 replies

Sander van Werkhoven a year ago
Natto, one of the very few foods in Japan I can't get used too. Tried it several times, and while I wouldn't say it's disgusting, it at least is very unpleasant to eat. And that's from someone who actually likes other infamous foods like shiokara or funazushi...

That koumon ryouri and especially the anko nabe does look pretty delicious though!
Reply Show all 5 replies

Sleiman Azizi a year ago
Natto is great! They say that half of Japan likes it and the other half don’t which is quite interesting.
Reply

Elizabeth S a year ago
I first heard of natto from foreign residents who recoiled from it. And then I tried it and liked it.
Reply

Elizabeth S a year ago
And I wonder if people get put off by Mass produced natto. Hand made natto and tofu are different foods entirely from the supermarket variety.
Reply

Bonson Lam a year ago
Absolutely! Hand made tofu is amazing. It is like comparing mass produced factory "plastic" cheddar cheese and the real thing. When I had hand made tofu, it was almost like cream cheese, with an amazing taste and texture. I haven't tried home made natto though... Still hard to eat factory made natto after all those years. https://en.japantravel.com/kyoto/haru-cooking-class/1307
Reply

Sébastien Duval a year ago
I am not a fan of natto but visiting this factory was super interesting!
Reply

Kim a year ago
Would love to visit the garden in plum blossom season!
Reply Show all 0 replies
9 comments in total
Back to Contents