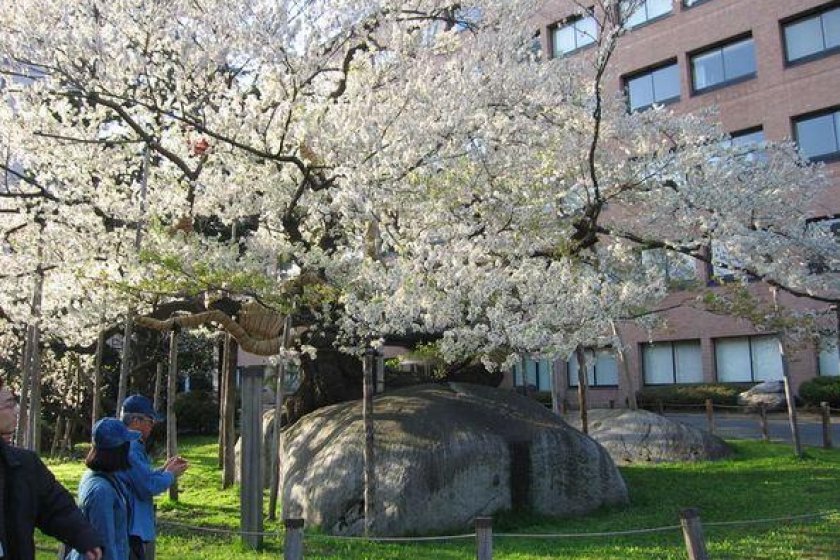 We all have heard of the famous cherry blossoms of Japan. Delicate flowers often as fragile as life itself. The Japanese view the short bloom of the cherry blossom with the transience of life. Along the same lines that Buddhism stresses suffering and not becoming attached to emotions or desires, Japanese people wait all year long to enjoy just a brief moment of beauty. The massive Ishiwarizakura tree is in many ways a symbol of the power of cherry blossoms in Morioka.

Standing strong in the heart of Morioka is the nearly 400-year-old Ishiwarizakura, popularly known in English as the Rock-Splitting Cherry Tree (or “Rock-Breaking” Cherry Tree). Centuries ago, inside a microscopic crack of a massive granite boulder, a cherry blossom seed began to sprout. Somehow surviving harsh northern winters it is now a still-growing 10 meters (30 foot) tall and 4.3 meters (13 feet) around its base. The tree is a sign of strength for the city and it represents that even seemingly impossible situations can be achieved. I think Tohoku residents can look towards Ishiwarizakura for inspiration when rebuilding areas affected by the March 2011 earthquake and tsunami.

In 1923 the tree was designated a natural monument of Japan. Then less than a decade later in 1932 the tree was almost lost. The Morioka Courthouse located directly behind the cherry tree caught fire and flames started to crawl towards the tree. Through the valiant efforts of local firemen and a gardener named Fujimura Jitaro who risked his life to save a piece of life that was precious to him, the tree was saved. To this day, Jitaro’s family continues to care for the tree as volunteers.

Ishiwarizakura takes on a new personality through each season. Workers attach support ropes to the tree and wrap it in a thick coat to keep it warm and free of snow damage through the winter months. Come mid-April or early May, Ishiwarizakura is one of the first cherry trees in the city to bloom. A majesty of whites burst from the tree, marking that winter is over and spring has arrived. In less than two weeks the petals have all fallen and the tree takes on a green and relaxed appearance. Since there are many green trees in the area, if you are not paying attention, the tree is easy to miss this time of year. In autumn the tree’s leaves change into magnificent yellows. It is a triumphant burst of color and energy before the tree returns to another winter of slumber.

The Rock-Splitting Cherry Tree is a 20 minute walk from JR Morioka Station. 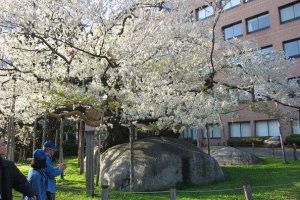 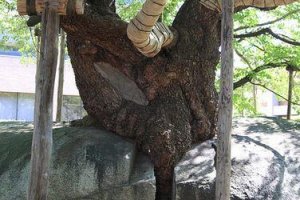 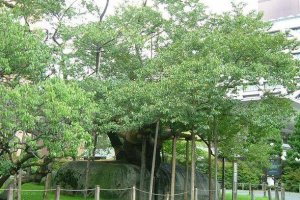 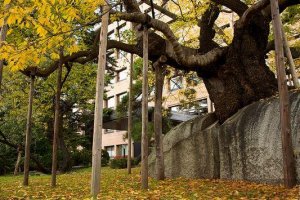 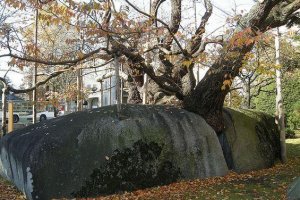 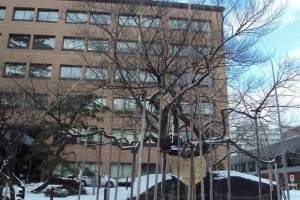 Kim 7 months ago
Love the story of how this tree has survived and thrived!
Reply Show all 0 replies
1 comment in total