The Michinoku Folklore village in Kitakami.

The Michinoku Folklore Village in Kitakami is a treasure trove of historic houses and folkloric artifacts. Most of the buildings and artifacts date back from the Edo Period, (1603-1868), There is also a replica of a Jomon Period dwelling, (around 14000-300 BC) on the site. There is evidence that people have lived there since at least that period of time.

The Michinoku Folklore Village was of extreme strategic importance, it sits at what used to be the boundary between the Date Clan territory in the south and the Nambu Clan territory in the north. Probably chosen due to its geographic location, from the hills over looking the Kitakami River, we can see Mount Iwate in the north and Mount Kurikoma in the south. From this strategic location, people could see the whole valley, making it easy to spot any approaching army. Another important factor was the Kitakami River itself, it was long used for commerce and trade between the two clans.

The village has around 40 historic structures including houses, a fire hall, a school and an open air theater. It features both types of houses, Nambu Magariya or L shaped houses and the Date style or rectangular houses. The Magariya houses included a part for horses in the same building, it is said that the Nambu people had a strong connection to their horses, it probably provided a source of heat in winter as well.

The site also includes four museums, a city museum, a folk material museum, a fire fighting museum and an ancient artifacts museum. The ancient artifacts museum isn't open to the public and when I visited the main museum was under renovations. You'll also be able to see all of the various family crests from the Edo Period. The folk material museum is quite fascinating, it includes clothing, foot wear and a lot of hand made tools. It deserves a separate article by itself.

When you go, you should plan at least half a day to see and appreciate everything that the site has to offer. There are also 2 other interesting sites less than a kilometer away and Tenshochi as well, so you could easily spend a whole day there.

The village is located on route 14 near Tenshochi, there is a large parking lot available. There is a bus but it says that it doesn't run on weekends nor on holidays. It's the Iwakuro-Kumazawa bus, get off at Tenshochi. If you come by train, local or Bullet Train, take the east exit. On foot, head east over the bridge, it should be about 20-30 minutes from the station.

If you're coming by car, exit at the Ezuriko turn off, follow route 107 east over the Kitakami River, take route 14 south, it's just a few minutes from there. Warning, Tenshochi is the prime cherry blossom viewing area in Kitakami, if you go at that time (mid to late April) expect huge delays. 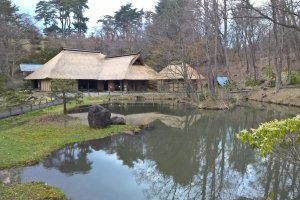 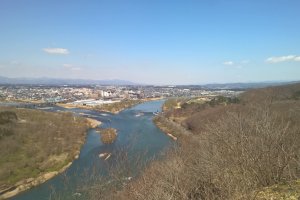 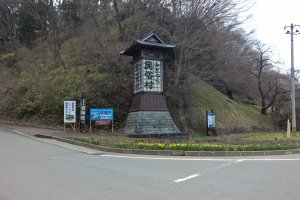 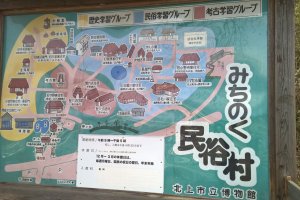 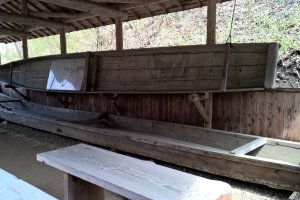 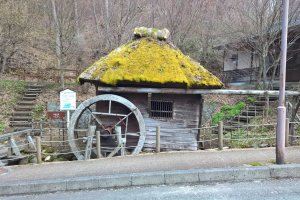 Elizabeth S a month ago
Wow, the density of museums and structures here. Next time I’m in the area, this is on my itinerary.
Reply Show all 0 replies

Malcome Larcens Author a year ago
Please do, there is another historical village about 25 kilometers south in Esashi
Reply Show all 0 replies

Kim B a year ago
I'd love to visit here. Looks like a wonderful opportunity to learn about part of Japan's history.
Reply Show all 0 replies

Elena Lisina 4 years ago
It's amazing that the houses were preserved! Very interesting place to visit!
Reply Show all 0 replies

Justin Velgus 4 years ago
Great find. I volunteer at the City Sendai Museum sometimes and learned the south end of the Kitakami River in Ishinoamki's towering Hiyoriyama was a possible site for leader's castle. Tohoku would look very different if that was where the castle town started 400 years ago.
Reply Show all 0 replies
7 comments in total