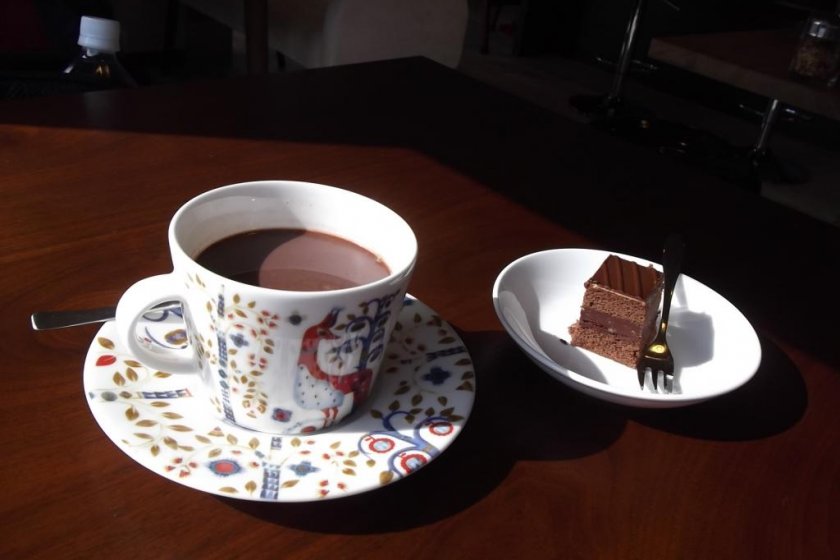 Good food and good coffee in a cozy shop

My hot chocolate and mini-cake

Just a short train ride east of Takamatsu is the Yashima plateau, where you'll find attractions such as Shikoku Mura and the Isamu Noguchi Garden Museum. The area around Yakuri station, closest to the museum, is pretty light on places to eat or drink, but I found one good spot for lunch after I'd been there; a relaxed, airy cafe called Rana.

It's primarily a coffee-shop, and quite a connoisseur's one at that, selling equipment and beans to take home as well as for drinking in the cafe. They offer three types of blended coffee for ¥500 a cup - siphon green, clear red and espresso black - and a range of other straight coffees for between ¥550 and ¥800. The blends are brewed up in-house, and it's pretty fun to watch the master at work, tending the siphons on the counter like an alchemist.

By way of food they have a few a la carte dishes such as black curry and saffron seafood pilaf, and lunch sets go for ¥800-¥1000, including the main dish and salad, a mini cake and coffee, though the friendly staff were happy for me to change to a different drink. I went for the cheese curry set, and found the curry to be good and tasty, a little hotter than regular Japanese curry rice, but still very much on the mild side. The mini cake was exactly what I needed afterwards, light, sweet and not too filling; but I quite regretted not having gone with the a la carte so I could try one of their other desserts, such as the home-made donuts and a handful of tiramisu choices, including a tempting mixed berry tiramisu

There's a nice relaxing atmosphere in the cafe; the staff are friendly but unintrusive, and the soft music was mostly mellow torch songs such as 'Unforgettable' and a jazzified version of 'Route 66'. There was a steady stream of locals coming in and taking what I imagine were their usual spots, but voices were kept low, and it never got busy or noisy. If you want somewhere to chill out before or after seeing the sights of Yashima, Rana is a really good choice. 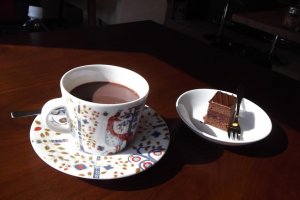 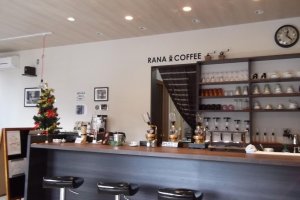 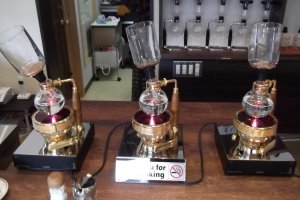 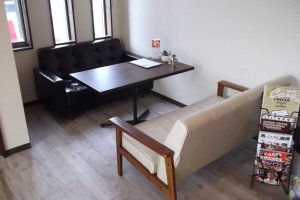 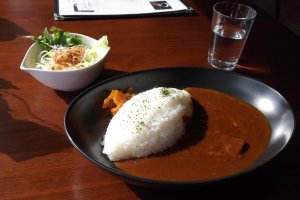 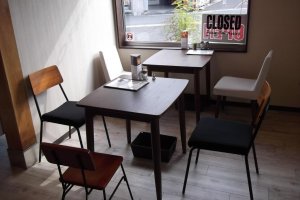