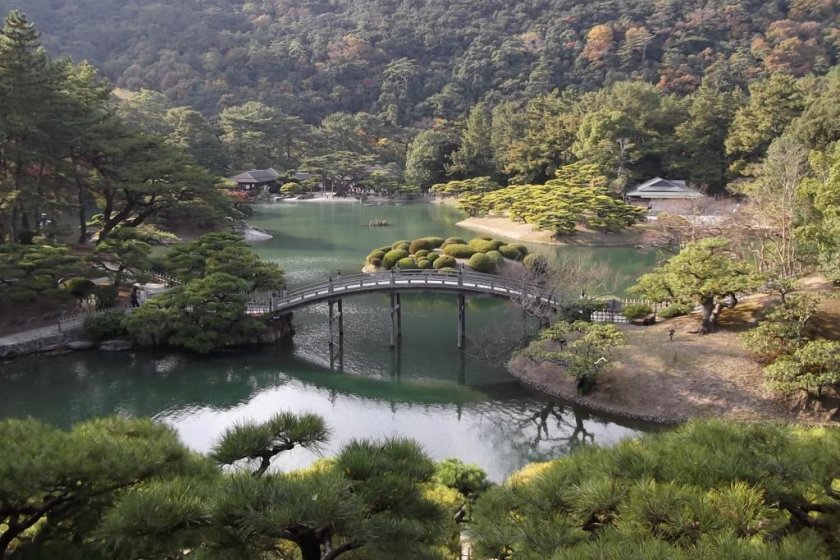 Nature sculpted to perfection in Takamatsu

Size is said to be no measure of quality, but in this case they go together: at 75 hectares Ritsurin-Koen is certainly the largest garden in Japan, and surely one of the most beautiful. Constructed over a hundred years by three successive feudal lords, it's designed to provide beautiful views that change with the seasons; the snow of winter contrasts with the red bridges on the lakes, while summer sees a colorful riot of flowers around the hills and paths.

Overlooked by the evergreen Mount Shuin, Ritsurin-Koen is divided into a north garden and south garden. Entering through the East Gate, I turned south past a small lawn, and with some mellow music on the iPod, I just wandered round taking in the scenery. I came first to Fuyuho, a small hill which is said to look like a little Mount Fuji from the other side of the lake it overlooks; from the top, I had a captivating view of the lake, its shore and islands planted with immaculately pruned trees.

From there I crossed a stream where carp were congregated around the bridge hoping for tidbits, and crossed the lawn to explore the fringe of the lake and nearby paths. Here there's a teahouse nestling in a grove of trees, some of which were ablaze with red and orange when I visited in autumn, making a vivid contrast with the green of the other trees around them.

I came next to the Nanko, the larger of the south garden's two lakes. Here I saw something fun: a party of tourists being poled around the lake on a low punt, poler and tourists all in wide conical hats, a nice reminder that the garden's being traditional doesn't mean a visit has to be somber. There are channels and canals connecting all the south garden's lakes and ponds, so the punt looks like a supremely leisurely way to get a close-up of the islands, planted with a variety of trees and shrubs, some evergreen, some in autumn's colors. I could watch their languorous progress from Hiraiho, a hill presenting a perfect view of the lake, with an attractive bridge in the foreground, the Kikugetsu-tei teahouse in the background. At this teahouse it's possible to take a break from your stroll and sit quietly with a cup of green tea, taking in the view of the lake as those lords did hundreds of years ago.

The north garden is centered more around its lawns, though it does contain Ritsurin-Koen's largest body of water, Gun'o-chi Pond. Here the still waters reflected not only the red and green of the trees and shrubbery around the lakeshore and on the islands, but also the tops of the buildings poking up above them; there are no hills here, but the sheltered paths provided attractive vistas across the ponds. Also in the north garden I had a look round the Sanuki Folkcraft Museum, with interesting displays of locally crafted ceramics, and the nearby souvenir shop, where I browsed an extensive range of trinkets, snacks and stonecraft goods; the museum and shop are housed in preserved traditional buildings which suit the atmosphere of the garden.

With my slow pace, backtracking, and frequent pauses to take in the views, I could enjoy the gardens for most of three hours, without once tiring of the scenery or the walking. It's hard to beat half a day spent in the open air, immersed in what must be some of the most exquisite landscape Japan has to offer.

Find out more about Ritsurin Garden. 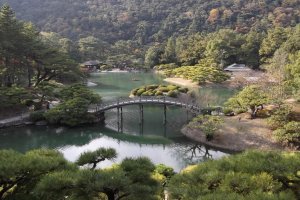 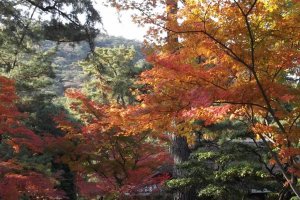 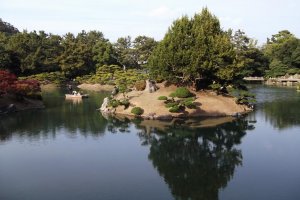 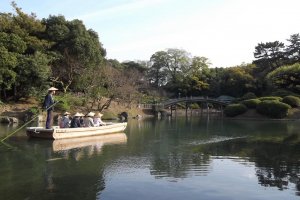 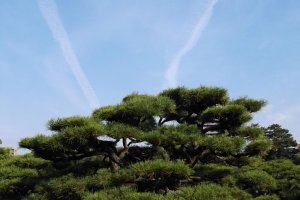 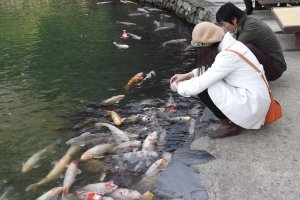 Elena Lisina 4 years ago
Japanese garden is one of my most favorite thing in Japan! Beautiful photos and the place!
Reply Show all 0 replies

Tom Lynn 8 years ago
Really great slide show, Thanks! And the narrative was very informative. I would surely like to visit there if I ever go to Japan.
Reply Show all 0 replies