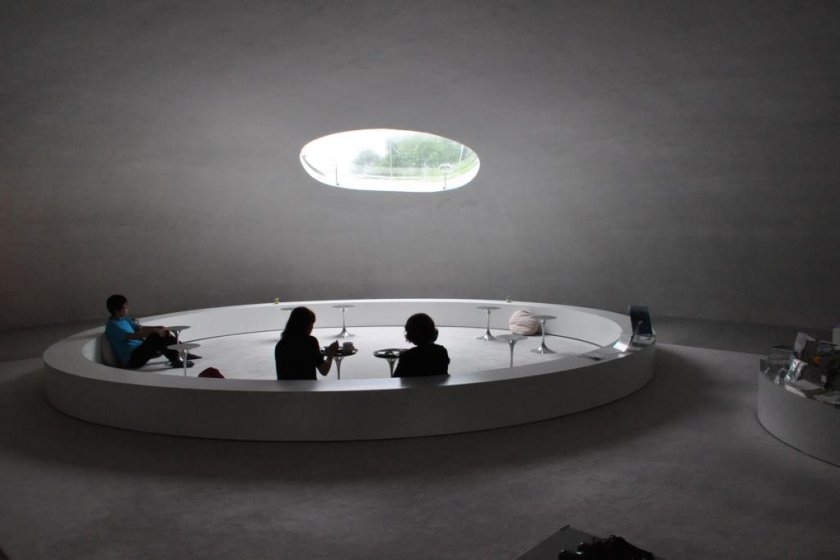 The most radical installation of an ambitious endeavor

As part of the Setouchi Art Island assemblage, Teshima hosts the most remarkable installation in the Teshima Art Museum. We arrived on the morning high-speed passenger ferry following a refreshing 25 minute Inland Sea passage from Naoshima. Due to our compressed schedule, we rented a mini-mini-van from a gas station near the Ieura Port to cover the small island in our four hour window before our return ferry. Many Teshima visitors rely on the public bus, which winds around the island while other rent bicycles at the boat port, and we could see quite a few holidaying office ladies calmly cruising up the steep hills on their electric bikes.

We drove straight to the Teshima Art Museum, an unconventional whale-shaped dome-like structure built into a hill surrounding by rice fields. There are no paintings or other works inside what itself can only be described as a sculpture, and the only light comes from the two large disc-shaped openings in the ceiling and the tunnel-like entryway. Inside is an open concrete floor with subtle curves and small pinholes in both the floor and ping-pong ball sized blobs of resin out of which emerge drops of crystal clear water. What happens with the drops is absolutely mesmerizing, as well as watching people mesmerized by the drops. The imperceptible angles to the treated concrete floor cause the drops to slide around, join, break-apart and assume streaming shapes that render them alive, until they pool in small puddles at designated spots underneath the openings in the ceiling. The effect can and does captivate viewers for hours.

After a brief aside to participate in planting rice, we made a quick drive down to a charcoal preserved house down a beach lane which houses the Christian Boltanski “Les Archives du Couer”, an interesting concept that has branches at various places around the globe where you can record your own heartbeat and listen to the heartbeats of others.

We had enough time before our return ferry to have some tea and a snack at the architectural prize-winning Shima Kitchen, a reconstructed village restaurant that is served by rotating groups of local residents. The pleasant woman who served us tea and a tasty ginger cake informed us that chefs from Tokyo visit to train the villagers how to prepare drinks and food for tourist consumption, completing the picture of an artistic welfare project that works. She affirmed that the timing of our visit in late June was a good choice, as we were able to get a seat right away, but during the main summer holiday season, visitors will wait over an hour for each spot along the way. Before heading back to the return ferry, we also peeked into the Pipilotti Rist installation, “Your First Color,” in a preserved hovel next to the Shima Kitchen.

Time prevented us from locating the other two Art House projects, but we left wanting to return to try a different season (autumn perhaps) and a more leisurely pace that would allow us to cruise around on bicycles. The absolute meditative setting of the Teshima Art Museum is an experience that is unlikely to be recreated anywhere else. 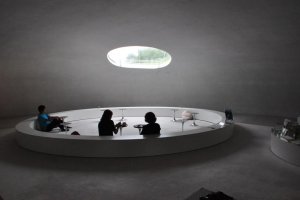 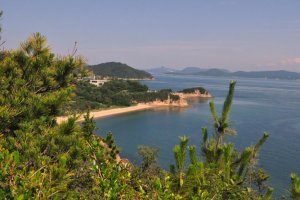 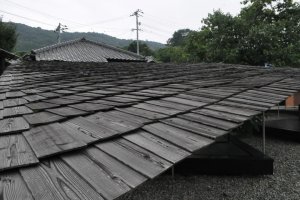 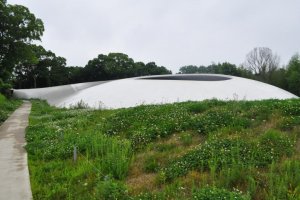 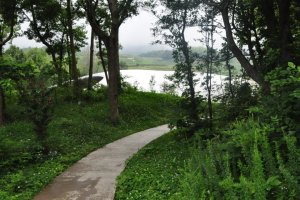 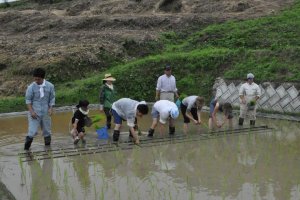