From late May through to mid June, Flower Park Kagoshima is hosting a blue flower festival. The event celebrates a variety of seasonal blooms that take on blueish hues, including the likes of hydrangeas, jacarandas, agapanthus (also known as Lily of the Nile), and pontederia.

There will also be some hand- on crafts events conducted during the festival, including the ability to make your own resin hydrangea pendant at an additional cost of 1000 yen. Details about the additional activities can be found on the event flyer on the official website.

Adult admission to the event is priced at 630 yen, and for elementary and junior high school students the fee is 310 yen. Children below elementary school age receive free admission. 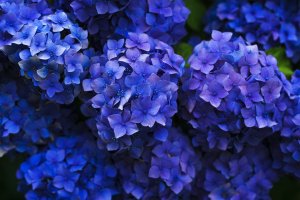