Flowers for all seasons in southern Kyushu

No matter the season, you can always find a bright spot of land at the southern end of Kagoshima's Satsuma Peninsula. Flower Park Kagoshima, Japan's largest flower theme park, promises colorful blooms no matter the season and it's a promise they deliver on more than capably.

Flower Park Kagoshima boasts over 2400 species of flowering plants, and nearly 40,000 species of plants total. Some come from as far afield as South Africa and Brazil. Kagoshima's somewhat balmy climate allows more tropical varieties of blooms to thrive here, though the less hardy plants are kept in enclosed greenhouses. Certain flowers are highlighted depending on the season - during my visit in February, fields of tulips were a highlight and the hothouses were full of carefully tended roses. At other times of year, you can find typical Japanese flowers like azalea, hydrangea and rhododendron.

The park covers a number of acres and offers several walking trails for visitors to follow.The two most popular routes are a 30 minute path and an hour-long ramble. There are three major zones to cover - the Floral Zone, near the park's entrance; the Breezy Zone, with open spaces; and the Brilliant Zone, where visitors can appreciate the views of the sea and nearby mountains.

One unexpected highlight of the park are the views of nearby Mt Kaimon. Known as the Mt Fuji of Kyushu for its perfect conical shape, this extinct volcano looms over the southern end of the peninsula and can even be climbed as a manageable day hike. If you prefer to stay at sea level, the views of the mountain itself are rewarding enough.

If you don't feel like walking the length of the park, there are free shuttle buses that make circuitous loops at least once an hour, with a short break around noon. You can also rent your own golf cart for around ¥500 to tackle the park yourself.

Drivers will find a large, free parking area for their use - the park is clearly marked on the road to Cape Nagasakibana. For those using pubic transportation, buses run once an hour from nearby Ibusuki (in the direction of Kaimon Station). 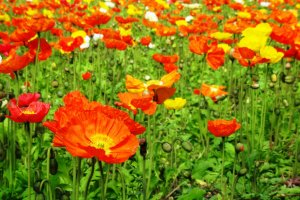 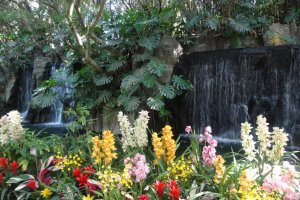 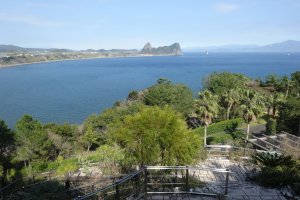 Kim a year ago
I love places like these!
Reply Show all 0 replies

Preethu 5 years ago
Nice photo. Have been there two years back.
Reply Show all 0 replies

Victoria Vlisides 6 years ago
Thinking of going here. Thanks for the feature!
Reply Show all 0 replies

Yui Yamaguchi 7 years ago
Nice poppy flowers photo! You could print out and use it for wrapping paper!!!
Reply Show all 0 replies
4 comments in total