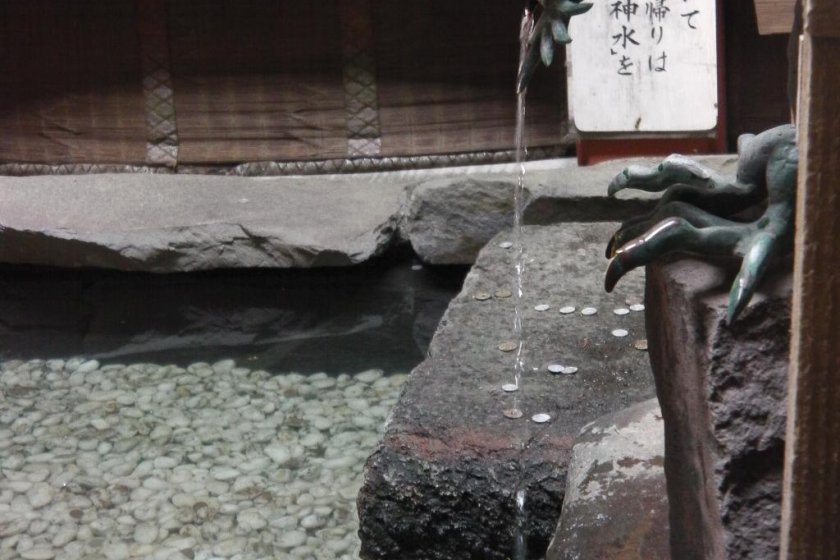 Mountain shrine that brings the rain

Afuri Shrine on Mt. Oyama (Oyama Afuri Jinja) is a Shinto shrine set on beautiful Mt. Oyama. With amazing scenic views, a deep history and religious significance, it is a key point on the trail for Mt. Oyama hikers, as well as a popular spot for tourists, who can access the shrine by cable car with a minimal amount of walking involved.

The shrine is on a beautiful patch of land with a beautiful view of the surrounding mountain areas. In fact, the whole mountain trail is very picturesque. The main hall of the shrine is quite pretty. To the right of the hall there is a small corridor that leads through the side and back of the shrine building. In the narrow passageway, you can find some very old relics and statues of historic eras, and are one of the best features of the shrine. There is also a pool of water pouring from a dragon's head that is very beautiful, and the water is pure enough for drinking.

The word "Afuri" in the shrine's name derives from the Japanese word for "rainfall," and this is the shrine's primary function. Farmers come here to pray for rain, and many of the deities enshrined are associated with rain, thunder, and mountains. There are many other beautiful statues and structures around the shrine area.

The history of the shrine is steeped in legend. According to the legend, in the 7th century a golden eagle snatched a 2-year-old boy from Kanagawa and carried him across the country to Nara, and set him down in the branches of a cedar tree near the legendary Todai-ji temple, telling a nearby priest to take care of him. The boy’s parents ventured across Japan for many years in search of their son, named Roben. Stopping at the famous temple to pray, they finally discovered their boy, now grown, and together they returned to Kanagawa where Priest Roben founded the origins of Afuri Shrine on Mt. Oyama. The tree the eagle had left him in, now called the “Roben Cedar,” can still be found near Nigatsu-do Hall of the Todai-ji temple complex in Nara.

From the main hall of the shrine, take the path to the left to reach the climbing trail and begin the hike to the top. In fact, the shrine has additional buildings at the mountain's top, and the shrine as depicted in this article is technically considered to the be "lower shrine." However, it is the most beautiful and ornate part of the shrine, and the buildings at the top are quite small and unremarkable in comparison.

Afuri Shrine is located on Mt. Oyama. At Isehara Station (Odakyu Line), take the bus nearest to the station exit and past the taxi stop. It’s Kanachu Bus #4.Take it to the end of its route (about 30 minutes). From there, you will need to climb stairs for about 10 minutes, through a small touristry town with many shops, restaurants and inns. At the top of that, you will come to the bottom station of a cable car running up the mountain, which comes every 20 minutes. A Tanzawa-Oyama “Freepass” covers the cost of the round-trip bus and cable car at a slightly discounted price than purchasing each individually. It also covers a portion of the train fare on the Odakyu Line when you are coming or leaving from Isehara Station. The Freepass can be purchased at a special window next to the Odakyu Line ticket gates at Isehara Station, or from the ticket machines on the Odakyu Line. Their website has further details in English. It is also possible to hike from the top of the “tourist town” stairway to Afuri Shrine. It takes about an hour, and there is a more difficult “Men’s Route” and an easier “Women’s Route.”

Accessing the shrine is free. 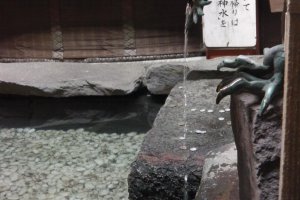 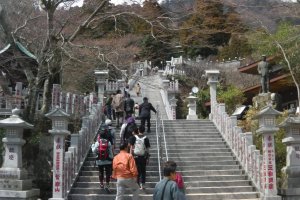 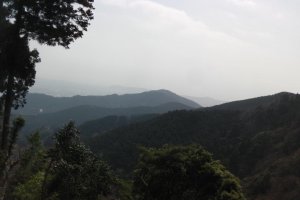 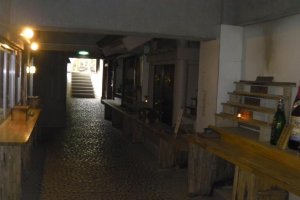 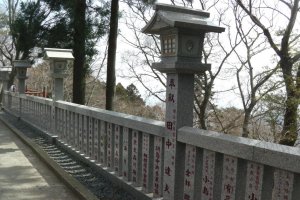 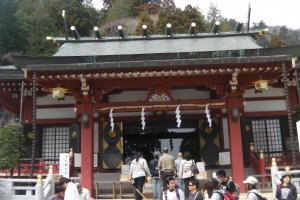