A seaside town about an hour southwest of Tokyo, Fujisawa was the sixth stop on the Tokaido Highway, the much-tramped road between Edo (as Tokyo was then known) and Kyoto in the time of warlords and samurai. That highway was the subject of a series of ukiyo-e (traditional woodblock prints) produced by Utagawa Hiroshige, one of the undisputed masters of the art form; views from the area of Mount Fuji and nearby Enoshima island were also favourite subjects. This makes Fujisawa a good location for this small but very interesting museum, which presents local history through the art in a way that's informative, engaging and accessible.

Housed on the seventh floor of a striking modern building, the interior of the museum is very unlike its home. The walls of the exhibition spaces are a rich, deep blue-violet, effectively showing off the light-coloured prints, and the light is dim in order to preserve them (also making photography difficult, though it is allowed so long as you don't use flash).

It's divided into four areas: in the first you can see selections from Hiroshige's Tokaido series, and other works related to the highway, including views of local landmarks. The next two areas have photographs, prints and other images showing Fujisawa and Enoshima, while the final space features ancient local relics and artefacts as well as prints. The exhibits are rotated regularly: when I visited, many of the prints were portraits of prominent (I assume) kabuki actors of the time, captured with a variety of expressions from comical to fierce.

One thing I enjoyed was the comprehensive English information provided for nearly every image on display, much of it entertaining and illuminating about the lore of the time. I learned, for example, about the legend of a warrior who traveled from Mount Fuji to Enoshima through a secret underground tunnel, properly surprising everyone when he popped out at the end.

Something else that's fun is the hands-on part of the museum. There are touchscreen panels with more information, there's an exhibit about the process of printmaking, and you can try your hand at making your own simple print. And while the ink is drying, you can play a Sugoroku board game, an Edo-era game where your counter travels all fifty-three stations of the Tokaido.

The museum is five minutes' walk from the east exit of Tsujido station, between Fujisawa and Chigasaki on the JR Tokaido line. It's open daily except Mondays from 10:00am to 7:00pm, opening on Monday and closing on Tuesday when the Monday is a national holiday; it also closes for the New Year's holidays and during exhibition changeovers. Admission is free. 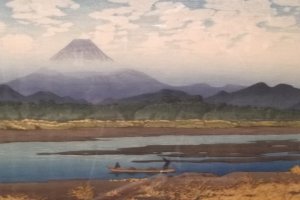 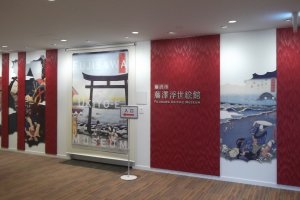 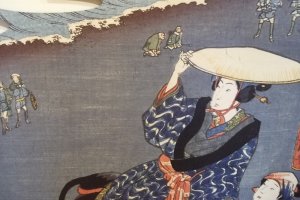 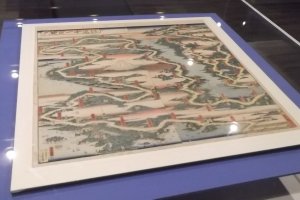 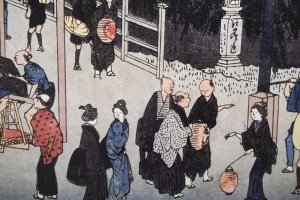 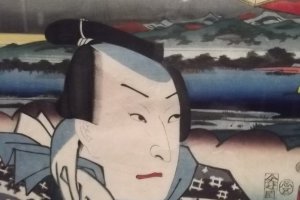 Elena Lisina a year ago
I'm interested in traditional Japanese arts, thanks for the information!
Reply Show all 0 replies

Reynald Ventura 4 years ago
I have to visit this museum, Peter. Thanks.
Reply Show all 0 replies
2 comments in total