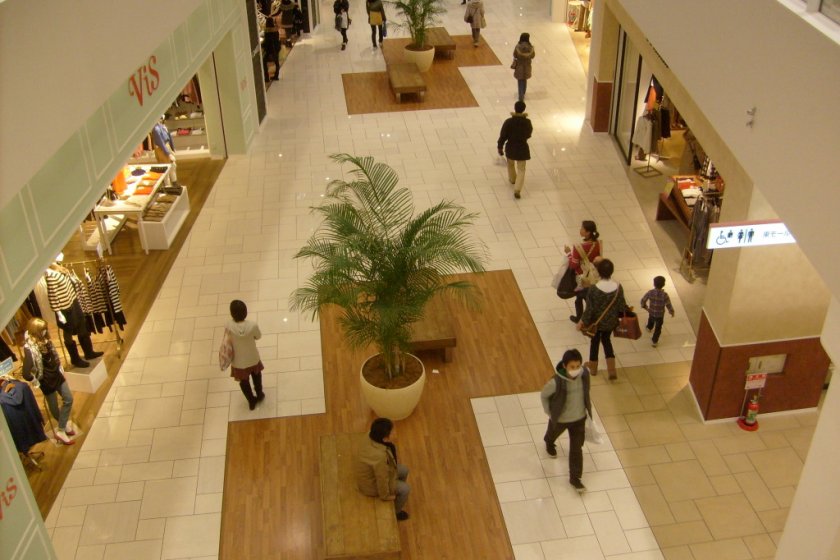 Kamakura may have the Buddhist angle covered, but just down the road in Tsujido there's a temple of a different kind; one to consumerism. Opened in November 2011, Shonan Terrace Mall attracts thousands of avid shoppers with its four floors of comprehensive retail goodness.

Entering from Tsujido station you'll be on the second floor, which is all about "Fashion and Goods". Here you'll find an assortment of high street staples such as H&M, Gap, Zara and Diesel rubbing shoulders with a handful of substantially more up-market names including Coach, Swarovski and Hugo Boss. If the prices there make you swoon and leave you in need of a sit down for refreshment, the Cath Kidston store is home to Cath's Café, or you also have Starbucks and j.s. pancake café.

If it's something more filling you're after, head up to the third floor for some "Family and Casual". At one end there's Francfranc and sports goods emporium Xebio, at the other there's childcare store Akachan Honpo and houseware wonderland Loft, and in the middle there's a big lively food court. First nab a table, then choose from the cheapish'n'cheerful food stands selling Japanese, Chinese, Korean or Hawaiian food, or a crepe if you're in the mood for something sweet.

For a quieter dining experience, the fourth floor is "Hobby and Restaurant"; there's a variety of restaurants competing with each other in one of the passages here, giving you a choice of Italian, Chinese and some different styles of Japanese cuisine, among others. Round the corner from the restaurant area is a movie theater boasting ten screens, one of them IMAX, discount days on the 1st and 10th of the month, and good comfortable seats that allow you to lean your head back without encountering air. "Hobby" covers an eclectic range of stores selling anything from shoes and imported south-east Asian goods to electronics and surfwear.

When I travel abroad I enjoy looking round supermarkets to see what the locals eat, and if you want to do the same then on the first floor, called "Food and Daily", you should go to the big Summit supermarket. From there, a ten-second walk across the aisle brings you to Marche, a cluster of small stands selling a range of different kinds of food such as sushi, confectionery and goods imported from exotic places like Europe and the USA. The "Daily" part is a catch-all covering pretty much anything; you can look at rugged things in Timberland while breathing in the fragrance that exudes from Lush a few yards away.

A lot of people come here, but if you avoid the weekends then it won't be that crowded, and will be a relatively relaxed shopping experience. The facilities are very good; there are plenty of toilets, elevators and escalators, and both inside and outside there are plenty of spots to sit and take the weight off your feet before you head back for another sortie into the shops.

While you're in the area, it`s also worth popping into the neighboring Shonan Luz shopping center. It's smaller and less trendy than Terrace Mall, but there are bargains to be had at a shoe store that routinely stocks shoes and sneakers in foreign-foot-friendly large sizes, a giant Book-Off Bazaar selling used clothes, books, software and other stuff, and a hundred-yen store which is fun for browsing and picking up knick-knacks and lightweight souvenirs. 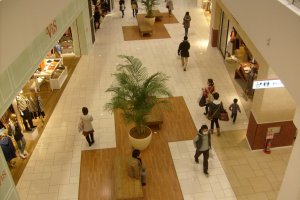 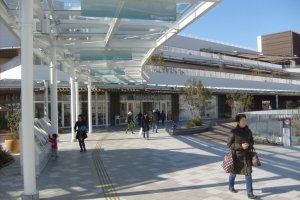 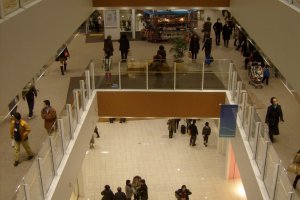 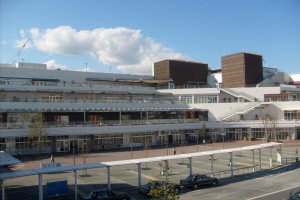 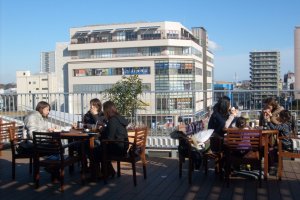 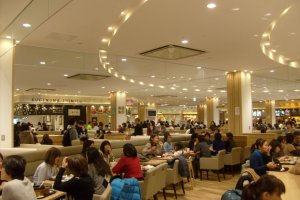