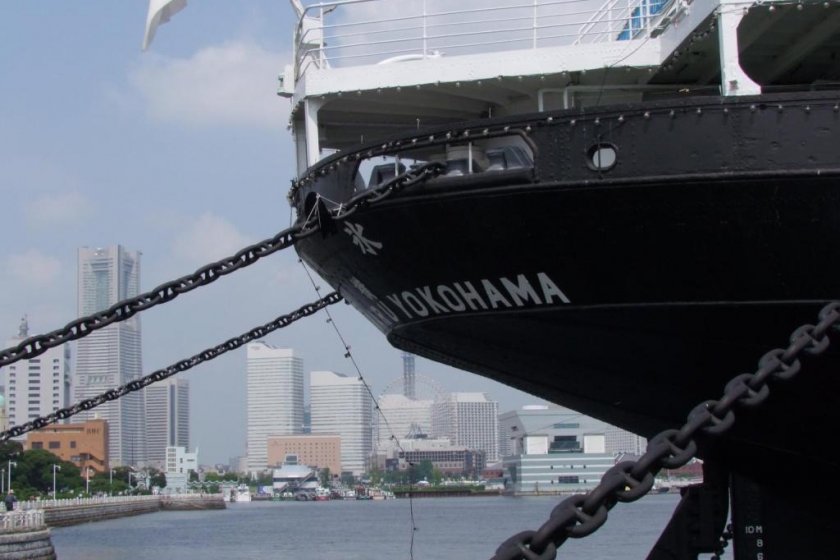 The city has anchored her in a very accessible, beautiful spot—Yamashita Park—with a perfect view of the modern Minato Mirai skyline. Take an hour out of your day and visit both the ship and the park; they are a wonderful combination!

If you have never stepped onto the deck of a real ocean liner, then you are in for a treat. At 12,000 tons, the Hikawa Maru is as authentic as you can get. Anchored in front of Yamashita Park, she is now open to the public to enjoy. Go on board and stroll around. You will not be disappointed!

The ship is well laid out as a living museum. You can tour her deck; see the deluxe (in those days) cabins, art deco lounge areas, beautiful ceilings and stairways, and so on. Below deck, take a look at rooms where staff stayed, and deep down in the guts of the ship where the engines are housed. All are very, very impressive.

When you first board the ship, I highly recommend you spend 15 minutes watching a delightful little video (with subtitles in English), “Jouney to the Future” which is presented as a first person account of her history. The history of this ship perfectly mirrors Japan’s own modern history.

Originally built as a stylish passenger and cargo ship used to transport people and goods back and forth between Yokohama and Seattle and San Francisco in the USA, the Hikawa Maru—like most ships active before, during, and after during WWII—has led quite a life!

The Hikawa Maru’s first voyage (to Seattle) took place in 1930. She was a top of the line passenger ship, renown for her excellent service and wonderful cuisine.Anyone and everyone who visited Japan in those days first entered through the port of Yokohama, and usually on this ship—Charlie Chaplin and Babe Ruth’s New York Yankees among them. Decked out in the then-fashionable art décor style, her interior in some rooms is quite attractive.

When Japan entered the war, Hikawa Maru was reinvented as a hospital ship, with red crosses painted on both of her sides. During the war she hit mines three different times, but miraculously suffered only minor damage. This lady was not only beautiful but tough as well!

When the war ended, the U.S. government used her to transport American personal between the States and Japan. And from 1947 to 1954, she operated as a freighter to the East Coast of the USA. Although she once again went into service as a passenger liner, with the advent of air travel, her business eventually suffered, and then finally came to an end in 1960 where she was retired from active service. In her lifetime, she had crossed the Pacific 250+ times and carried over 25,000 passengers!

In 1961 Hikawa Maru became (believe it or not) a very popular floating youth hostel. This lasted until 1973. In 2003 she was declared to be a “cultural asset” of Yokohama City.

The city has anchored her in a very accessible, beautiful spot—Yamashita Park—with a perfect view of the modern Minato Mirai skyline. Take an hour out of your day and visit both the ship and the park; they are a wonderful combination!

Born on Long Island, New York in 1958, I have spent the last 30+ years of my life living in Japan, and enjoying every minute of it! I especially love photography, and Japan is definitely one of the most beautiful places in the world to photograph! (Visit my online gallery) My other love is fiction writing and I have published quite a few books that take place in Japan. Fun stuff! You can find them at my Amazon Author's Page. In addition to my writing, I have mainly been working in the field of corporate training, and at the same time have done a lot of photography. *Kamakura, and now Yokohama (both in Kanagawa Prefecture) have been my home for almost twenty years and are perfect places for me: Hilly, situated on the water, and with amazing histories. The rest of Kanagawa is equally amazing and includes the great Hakone onsen and spa area.  *Tochigi Prefecture, with World Heritage site Nikko, is one of the most beautiful places in the world, and not far from Tokyo.  *Fukui Prefecture, located in central Japan on the coast of the Japan Sea, is brimming with classic Japanese culture and great natural beauty everywhere you look. I really look forward to sharing ALL of Japan's beauty and magic with all of you. Website: www.larryknipfing.com Contact me: larry.knipfing@japantravel.com 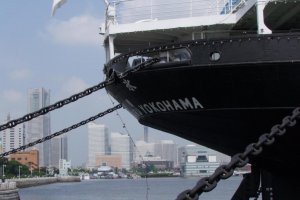 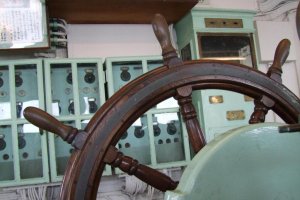 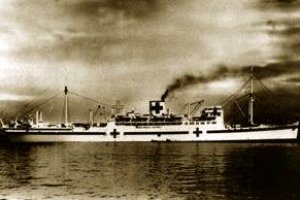 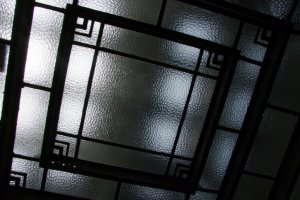 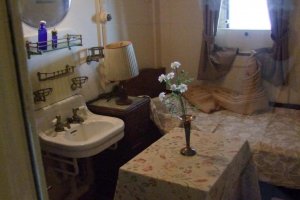 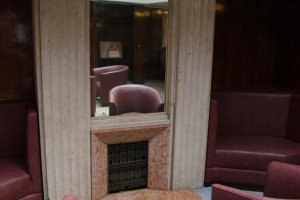 Elena Lisina 8 months ago
Great place to visit! Thanks for good article!
Reply Show all 0 replies
1 comment in total