A quick and easy JR Line cutting across Tokyo's south

While most Tokyo tourists will limit their citywide JR exploration to the extremely convenient JR Yamanote Line, there is actually an extensive network of JR lines just beyond the city's centermost circle-- the southerly JR Nambu line being a prime example. The Nambu line connects Tachikawa in the West of Tokyo with the city of Kawasaki in Kanagawa Prefecture. For most of its length its path runs along the scenic Tama River, the traditional border between Tokyo and Kanagawa prefectures.

Construction on the line started in 1927 and was completed in 1930. The line's presence turned what was at the turn of the central mostly rural farmland between the two massive prefectures in expansive suburban sprawl, the effects of which can still be today as the area gets more urbanized every year.

Transfers to the Tokyu Toyoko Line and Tokyu Meguro Line for central Tokyo can be made at Musashi-Kosugi Station, which is one of the stops on the express trains that run every half hour between 10:00 and 16:00.

The main attractions on the line are the two termini and the area between Noborito and Shukugawara Stations. Tachikawa is a growing part of Tokyo that is living proof of how much one can find outside the central part of the city. There are many world class department stores as well as the city's second biggest redlight district just south of the station's gates.

The city of Kawasaki is the 9th largest in Japan, with it's own J. League side and a massive Koreatown (the second biggest in Japan after Osaka). It is also the home of the famous Penis Festival held once a year at the beginning of April and a wonderful historical district around the beautiful Kawasaki Daishi Temple.

The two major attractions between Noborito Station and Shukugawara are the Doraemon Museum and the Ikuta Greenspace-- the former closer to Sukugawara Station and the latter Noborito. The Ikuta Green Space is host to several open air and interactive museums, including the Japanese Open Air Cultural Museum, an Indigo Dying Workshop, and the exceptional Okamoto Taro Museum.

The JR Nambu Line is fast, cheap, comfortable, and cuts a route not often traversed by Tokyo tourists. It's termini in Kawasaki and Tachikawa are more than worth a visit, as are the exceptional cultural attractions along its course. 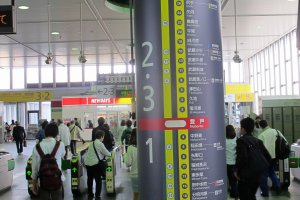 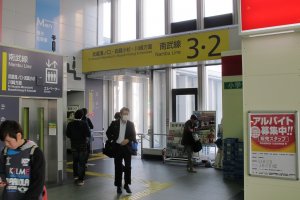 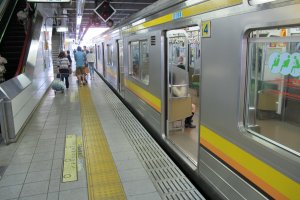