Lighting Up Yokohama's Past

A gaslight heritage since 1872

Home to one of Japan's more elegant historical objects, Yokohama’s Bashamichi district was the first place in the country to light up gaslights way back in 1872. These days, the local community and the city have teamed up and restored parts of the city's gaslight heritage.

The result of this cooperation is easily seen when ambling throughout town in the evening: the classic lights shimmer with 81 European-style lights illuminated along Kaigan-dori avenue, Bashamichi street and Yamashita-koen park.

Yokohama has come a long way since opening its port to the world in 1859, and is now one of Japan's top ten most popular prefectures for leisure and sightseeing. To this day, the city's mixed culture and historical architecture make it precious and attractive with Yokohama's gaslight heritage playing no small part.

Tracing the past through its buildings

Soichiro Noritake, executive director of the Bashamichi Shopping Avenue Cooperative Association, explained to me that different routes within the city represent different aspects of Yokohama's past. Known as the Yokohama Gaslight Promenade, the map below shows the red line representing the classic gaslights that stretch out from Bashamichi street all the way to Yamashita-koen Park (represented by the purple line) while the blue line represents the gaslight heritage of Kaigan-dori avenue.

Along with Yamashita-koen park, the gaslights symbolise the beginning of Yokohama’s modern history, since, after Japan opened it’s gates to the world, overseas products came in through the port in Yokohama. Noritake said that the Yamashita-koen park route, reflects this history and attracts visitors because the gaslight lanterns highlight seasonal trees.

The gaslights reveal various historical buildings in the area. These include the Yokohama Customs building (known as the Queen's Tower), the Kanagawa Prefectural Office (nicknamed the King's Tower) and the Yokohama Port Opening Memorial Hall (often called the Jack's Tower) were all built on the waterfront Kaigan-dori avenue. All have been designated as historical buildings.

The most significant route is probably the Bashamichi avenue one. Bashamichi adopted many western cultural traits and opened up Japan's first gas lamps, the first ice cream parlour, and the first English weekly and daily newspaper. Along with the Bashamichi sho-tengai shopping avenue, many picturesque spots continue to exist; different gaslight shapes and designs, memorial statues, historical architecture, and even the Kanagawa Prefectural Museum of Cultural History can all be found here.

A heritage for the future

A lot of time, money and effort has gone into the preservation of the Yokohama's gaslight heritage. As Noritake told me, “Gas lamps are much more costly than regular lights. But we will ignite the gas lamps because we inherited them with our ancestors' devotion. I think it's our responsibility to perpetuate the remarkable past.”

This effort was confirmed by vice-chairman, Kazuaki Yamaguchi who told me that modern timers had been installed in all the lamps by hand and so automatically flickered between certain times. Both Noritake and Yamaguchi explained that Tokyo Gas cleaned the glasses and removed any debris twice a year. High-maintenance, they said but reaffirmed their commitment.

All of this is high-maintenance but the Bashamichi community along with Bashamichi Shopping Avenue Cooperative Association continue to collaborate closely in order to preserve their history and heritage. Noritake added “It’s our role to present these valuable assets to the world. To keep these items takes extra money and time, but we must pass it on to our next generations.”

She studied Journalism in Canada. After graduating with honours, she became a producer/host of her Japanese radio show at 105.9FM the region. Besides her radio show, she also contributes/writes an interesting story as a multimedia freelance journalist. 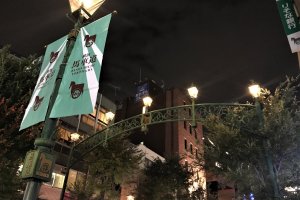 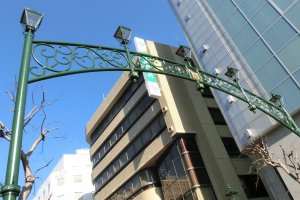 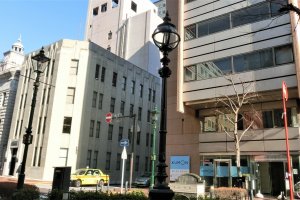 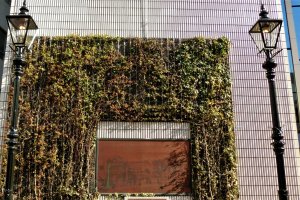 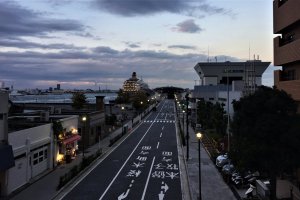 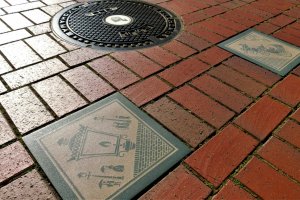 Sébastien Duval 10 hours ago
Very different from what I usually read on Japan Travel; I love the concept & style! Thanks for sharing Emi; I hope to read many more articles from you here in 2021 and beyond :)
Reply Show all 0 replies

Susan Tumanon 2 weeks ago
Hmm...Ice cream. I wonder what ice cream flavors they have on this special day.
Reply Show all 3 replies

Emi Takahata Author a week ago
Indeed!! I hope we can find out in a few months. I like chocolate ice cream and chocolate chip cookie... I would love to try the original ice cream flavor that was made in 1869 as well. Wonder if they have changed the taste since then.
Reply

Sleiman Azizi 6 days ago
Do they have black sesame? We call it concrete ice cream because of its colour but by god it's an incredibly delicious flavour!
Reply

Susan Tumanon 6 days ago
That for me is mind-blowing! Original flavored ice cream from 1869. I don't have to travel back in time.
Reply

Kim 2 weeks ago
I think it's special that even though the gas lamps are more costly to illuminate, they still do because of the history behind them.
Reply Show all 1 replies

Emi Takahata Author a week ago
Yes, I agree. Thank you Kim.
I think history becomes richer and more precious when people take extra care of it. I was happy to know that my interviewees and people from Bashamichi Shopping Avenue Cooperative Association were passionate about preserving history.
Reply

Sleiman Azizi 2 weeks ago
Thanks for this Emi! Gas lit lamps really are beautiful and create an amazingly magical atmosphere.
Reply Show all 1 replies

Emi Takahata Author a week ago
Thank you Mr. Azizi. It's getting warm day by day. I hope more people will enjoy strolling the gaslight promenade.
Reply
9 comments in total