Recently when visiting Jogashima Island in Kanagawa Prefecture’s Miura Peninsular, I was instantly greeted to the impressive sight of many large birds including Black Kite and Pacific Reef Heron. Although I have seen many of the former when visiting other coastal areas throughout Japan, this was the first time I had seen such a dense concentration of these birds in one small area, namely Jogashima Park. The birds in question were Black Kite or “Tobi” as otherwise known in Japanese.

During my various experiences of encountering these birds, I had never really given much thought as to what their proper name in English was since many locals either refer to them as “Hawks” or “Eagles.” Although my intuition had always led me to conclude that they are probably the former as they look too small to be eagles, my curiously got the better of me and led me to do some research. After doing so, I learnt that black kite are actually a bird of prey which is a member of the Accipitridae family which includes both hawks and eagles.

When walking along Jogashima’s rugged coastline, I also encountered another bird which I later discovered were Pacific Reef Heron. This bird has many different specifies distributed throughout large parts of southern Asia and Oceania and I previously thought they were “Japanese Crane,” since I have never seen the latter. Although I have on occasion, seen several Pacific Reef Heron throughout certain parts of Japan, this was the first time I was able to get so close to them. For some reason, Jogashima’s Pacific Reef Heron did not seem to fear people as much some of their cousins do.

From Tokyo’s Shinagawa station, take the Keikyu line to Misakiguchi Station which should take a little over an hour or about 45 minutes if coming from Yokohama. From Misakiguchi Station, the island is about a 28 minute ride away via any Jogashima bound bus. 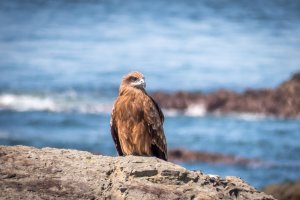 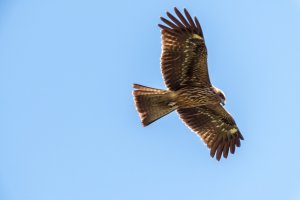 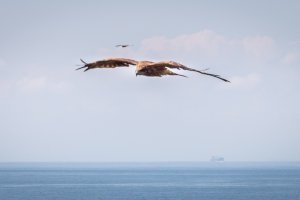 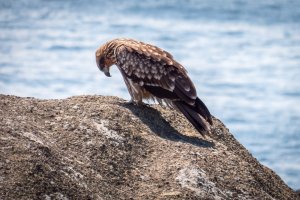 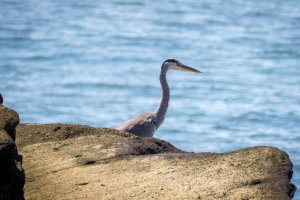 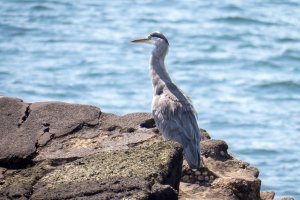