Yokohama is filled with beautiful nature parks and one that I frequently visit is Oike Park.

Oike Park is designated as a Yokohama City Cultural Asset, because it is a habitat for Genji-fireflies.

The parks is one of the largest in Yokohama comprised of 4815 square meters or 118 acres. There is a very nice children's play area, a small petting zoo called Makigahara Chibikko, a youth outdoor activity center, baseball field, and community grown rice paddies. In the fall they make all types of colorful scarecrows to keep the birds away before harvesting the rice. In the Youth Center you can see displays of the wildlife found in the park.

Because of the size and a good parking area, they hold several festivals throughout the year, including the Asahi Ward Jazz Festival.

During the Edo era the large pond was the water supply to Futumatagawa.

I walk to this park approximately twice a month. In the winter I go mainly to see the Ume plum tree grove. There are 200 plum trees in this park with 30 varieties.

In the early spring I walk to what is called Sakura Mountain to view more than 1000 cherry trees. There are bbq pits covering most of the Sakura area and I often see families sitting under the blooming trees enjoying a good meal.

In June they have a nice display of hydrangea near the rice paddies.

The rest of the year I go for the exercise and to bird watch. There are Kawasemi-Japanese Kingfishers, woodpeckers, herons, ducks, finches, tits and lots of other birds throughout the park.

For me it is a fifty five minute walk from Higashi-Totsuka on the road to Totsuka Country Club. On the way back, I take a longer route which ends up on Highway 17 also known as Route 2. Including hiking around the park I usually end up walking thirteen to fifteen kilometers or eight to ten miles. You can take a train to Futumatagawa Station on the Sotetsu line and walk south for twenty minutes, or take a bus from the station to the park.

The best way to describe this beautiful park is to show pictures from every month of the year.

It is well worth visiting anytime and if you’re an early bird you may see me by the pond taking pictures of the Kingfisher. 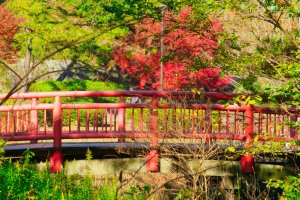 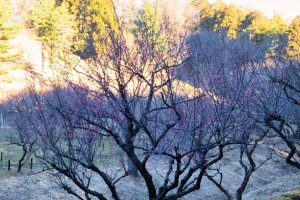 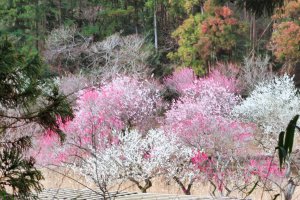 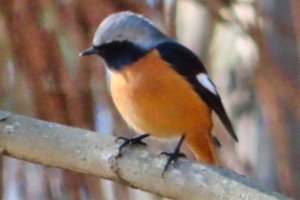 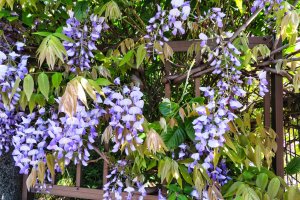 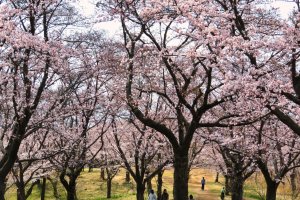 Kim 11 months ago
Something to enjoy in every season from the sounds of it!
Reply Show all 0 replies

Bonson Lam 11 months ago
The kingfisher is resplendent in its almost larger than life colours.
Reply Show all 1 replies

Rey Waters Author 11 months ago
Yes, it is beautiful. During my daily walks near ponds and waterways I usually spot at least one.
Reply
3 comments in total