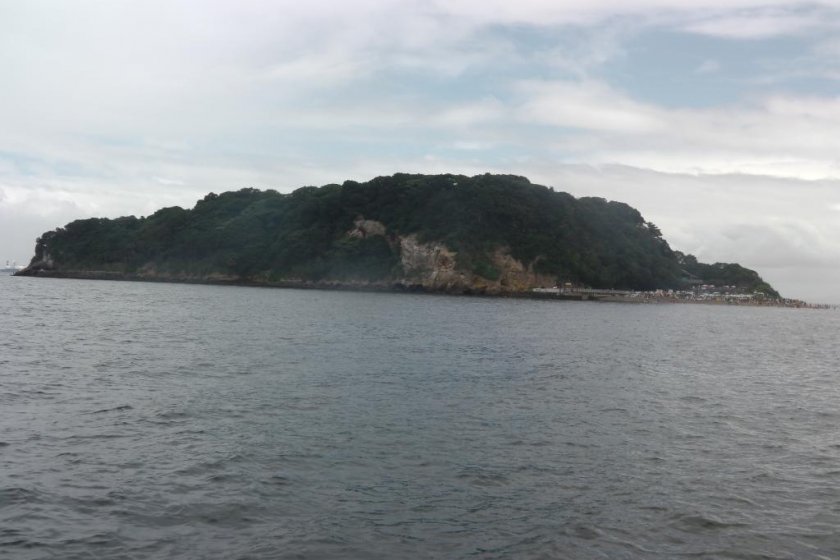 Fun times and history near Yokosuka

View of Sarushima from the ferry

Where else can you find points of historical interest, some easy trekking, a BBQ and a beach all at the same time?

Sarushima ("Monkey Island") is the only natural island in Tokyo Bay and is a wonderful place for a day trip, particularly during the summer. It is located less than 2 km off the coast of Yokosuka, and can be reached by a 15 minute ferry ride from Mikasa Pier (next to Mikasa Park) that goes back and forth once an hour (ferry timetable).

During the summer, the main draw here is the beach. There's sand, there's ocean, and there's sun: that's more than enough for many people. It also benefits from having some nice views of the mainland and free shower facilities nearby. Lockers are also available for rental. That being said, the beach does suffer from some serious overcrowding during the prime season, and it not being a very big beach to begin with leaves precious little space for you and your group. Some parts of the shore also tends to be rocky and not pleasant at all for walking barefoot on.

Just next to the beach is a more than adequate BBQ area and picnic deck. The facilities here are quite nice. There is also a wide variety of equipment available for purchase or rent, including grills, tables, chairs and even umbrellas. These aren't cheap, however, and you would be better off financially by bringing your own supplies if you can.

The other end of the island is full of historical and cultural significance. Due to its position in Tokyo Bay, Sarushima has long been regarded as a strategic point of defense for the Japanese mainland. The island contains the ruins of militaristic fortifications from as far back as the Tokugawa shogunate (which lasted until the mid-1800's). Brick-lined tunnels and walls of fortresses still remain from generations past, though they are now overgrown with plants for a very neat atmosphere of walking through important places of times gone by.

Some simple pathways snake throughout the island, taking you from the beach area through the militaristic ruins, and then to the outer banks of the island. The walking contains some very, very mild trekking, suitable for children, and takes only about an hour to explore the whole island. Wooden walkways spread through the forest, leading to the far ends of the island which contain some beautiful cliffs and bluffs and scenic outlooks over the ocean. Sarushima is also a popular spot for fishing, and fishermen will often be found casting their lines into the ocean at their lucky points on different corners of the island.

As you explore, don't forget to keep an eye on your watch: the last ferry leaving Sarushima for the mainland leaves at an early-ish 17:00. 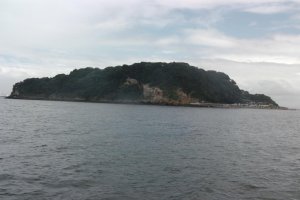 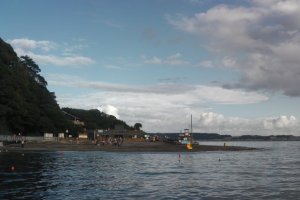 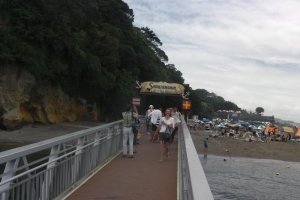 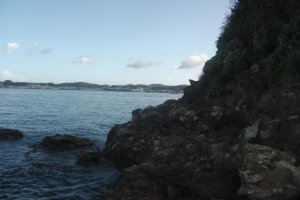 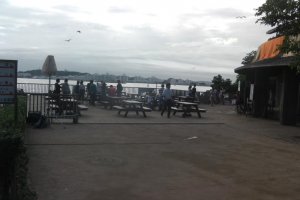 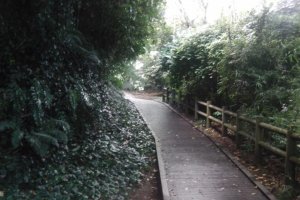