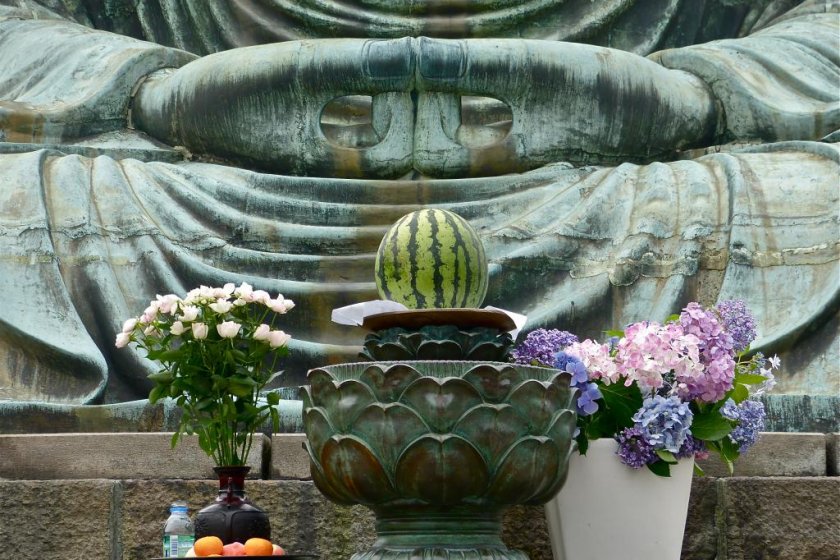 The Making of Kamakura Daibutsu - 2

In the previous article of this series, I explained what Daibutsu looked like when the statue was first completed almost 760 years ago. We also took a look at the interesting casting and attachment methods that were used. In this article, we’ll look at some of the unique physical features of Daibutsu and what they mean.

Hairstyle and whorl on forehead

The hair of most Buddha statues twists clockwise and is tightly curled into a large number of whorls or spirals. Siddhartha’s hair is thought to have curled clockwise, and Nara’s Daibutsu has the same curls as well. But in the case of Kamakura Daibutsu, 656 whorls curl in the opposite direction (Figure 1). Scholars suggest that Daibutsu was constructed as a symbol of the newly established capital of Kamakura. And the Kamakura Shogunate needed a unique and original statue.

The whorl in the exact middle of the forehead also curls anti-clockwise (Figure 2). When unwound, it becomes one long string of beaming, shining white hair stretching out 4.5m. The Kamakura Shogunate perhaps intended to use Daibutsu to touch the lives of the common people of Kamakura and also of all Japan.

Kamakura Daibutsu has a mustache (Figure 3) that also symbolizes the light of Daibutsu. The light is quite intense and emanates out from Daibutsu to people all over the world.

The ears of Daibutsu are quite tall (195cm) and the earlobes have big holes in them (Figure 4). The ears are big so as to better hear the voice of the people, and the holes in the earlobes are traces of pierced earrings that were commonly worn by men of noble families (like Siddhartha) in India 2500 years ago. But they were removed when they became priests.

It is said that Buddha has no gender, but when we look at images of Buddha (including paintings and statues) we tend to see a being that is either masculine or feminine. How do you feel about Kamakura Daibutsu? The strong eyes, big nose, gallant face, and quiet but solid expression are masculine, aren’t they (Figure 5)? This type of strong masculine image was a popular style among samurai in Kamakura. Generally speaking, Buddha statues in Kyoto look graceful. On the other hand, the ones in Kamakura are more powerful. This Kamakura style is called the Unkei style. Unkei was a famous artist who was based in Nara, but who also worked for a while in Kamakura. Rich samurai favored the Unkei style in the many pieces of sculpture they commissioned.

When we look at Daibutsu from the side, we observe extremely rounded shoulders (Figure 6). Daibutsu is bending forward and allowing us a clearer view of the face. This was especially true in the original hall, where those viewing the statue could probably stand only directly in front.

You might be curious about the position of the fingers when you observe any statue of Buddha. There are dozens of positions that are used, and each has its own special meaning.

Again, we are not exactly sure why they were designed like this, but a strong conjecture among some historians is that the Kamakura Shogunate was attempting to establish Kamakura’s independence by creating new standards. And as explained above, the Shogunate also wanted the Kamakura Daibutsu to touch people’s lives, with his large ears, mustache, rounded shoulders and so on.

If you know even a little bit about Daibutsu, you can enjoy visiting this great statue much more. I hope you have a wonderful time there. 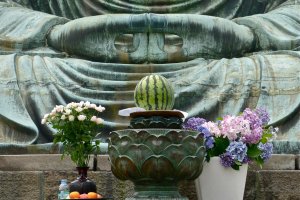 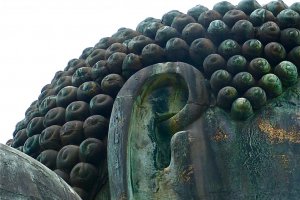 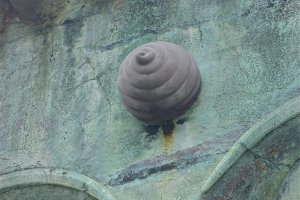 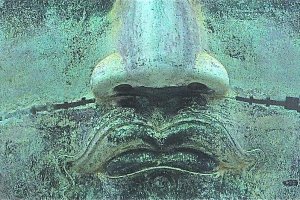 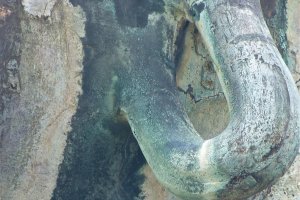 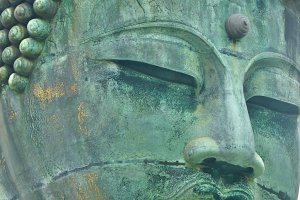