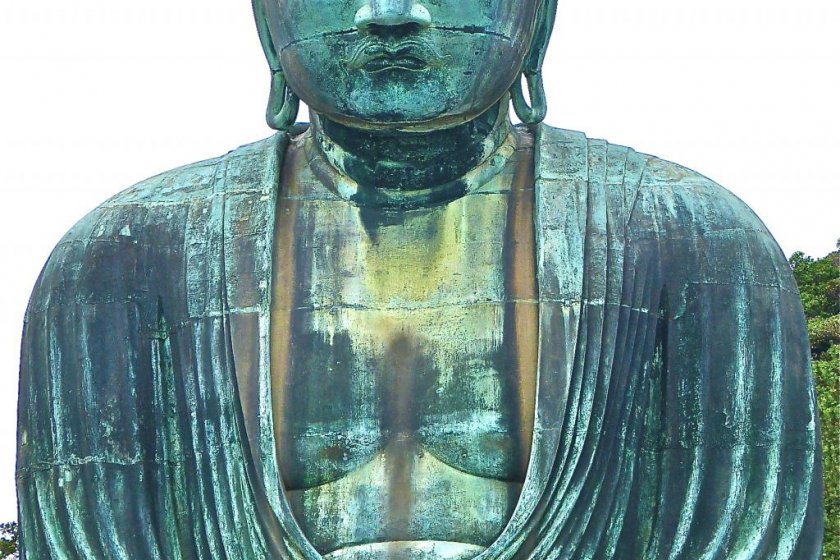 The Making of Kamakura Daibutsu - 1

When you first see Daibutsu, you will probably be astonished by the size of this giant bronze statue, and bask in the beautiful, calm, dignified, and peaceful side of the figure. But you might also like to know more about the statue’s origins. Although only a few historical records tell us the details, we have factual information based on the results of a large-scale excavation in 2000. Knowing how Daibutsu was made (in the mid 13th century) is quite interesting and will help you appreciate your visit there much more.

When Daibutsu was completed (somewhere around 1262), it sparkled in gold. The entire surface of the statue was covered with gold leaf and the brilliant and gorgeous Daibutsu sat covered in a huge wooden hall. It must have been such a delight to see! Even today, you can see faint traces of the gold leaf on the right cheek of Daibutsu (see Figure 1).

In 2000, a team of researchers (Tokyo University and CAD center) was given permission to conduct laser scans of the statue. The data was used in many interesting ways, one of them being the creation of images of what the original Golden Daibutsu probably looked like inside the hall.

Interestingly, the hall was destroyed by natural disasters at least twice (1335 and 1369). But since 1369, Daibutsu has been seated under the open sky. Looking at the patches of green rust that dot the modern day bronze statue’s face and body, I feel the toughness of Daibutsu, who has survived over 500 years of all kinds of weather. But somehow I prefer much more the quiet simplicity of today’s bluish gray Daibutsu to the original garish Golden Daibutsu. And I really appreciate that they found a way to construct such a solid statue!

Did you know that when the casting of Daibutsu was first completed, nobody could see the statue? This is a secret technique!

The casting process was unique, perhaps because the statue was so huge. Like other large statues, the figure could not be cast in one go. Instead, the body of Daibutsu has 7 different casting layers, the face has 5 layers, and the back of the head has 6 layers. The parallel lines seen on the surface of the statue are traces of these graded castings (Figure 2).

As shown in Figure 3, after casting the first level (the base below that is made of stone) they piled soil around and above it so that the next layer could be poured in from above. This process was repeated each time all the way up to the head of Daibutsu—so that the entire statue was eventually surrounded and hidden by a large hill of soil.

To resist the weight and heat of more than 100 tons casting bronze, the inside was also supported by reinforcements and by the soil. When the metal cooled and solidified, only then did they remove the soil and supports. The two windows at the back of Daibutsu were created for the purpose of removing them (Figure 4)!

By the way, the first wooden statue (one theory says) was constructed in carved blocks. This became the center core used to structure the bronze cast.

Skillful attachment of each bronze layer

Casting experts in those days used very skillful techniques to connect all the pieces together. Take a look at Figure 5. Using this technique, the top of one layer and the bottom of the next layer above it were sturdily attached. When you go inside the statue, it’s hot and dark. But the sunlight from the two windows in the back of Daibutsu will help you see the details of these attachments (Figures 6 & 7). The sunlight arrives simply because Daibutsu is outside, not in the hall (Figure 8). I doubt that they could have imagined how useful the windows would become to future visitors.

Cornerstones of the original hall

The hall was called Daibutsu-den. Today, there are 53 of the original cornerstones situated around the statue (Figure 9). They are mainly circular or octagons at 160 cm to 200 cm in diameter, and 60 cm tall. The surface of each was made smooth so as to firmly and evenly support a pillar. In those days, that was not an easy process. Most people nowadays sit on the stones and rest, not realizing what they are sitting on. It’s amazing that stonemasons then already used such delicate, advanced techniques to process those large stones. Although the stones have been moved and are not where they were originally placed, we can imagine a big hall supported by pillars standing on these cornerstones.

In the next article, I would like to share with you the special meanings behind Daibutsu’s appearance. 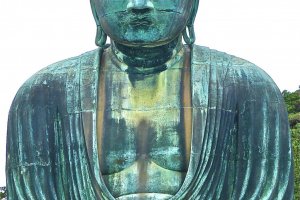 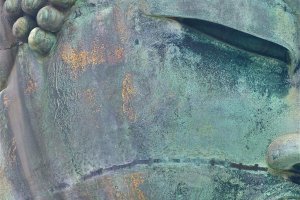 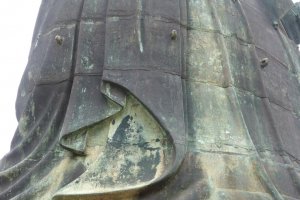 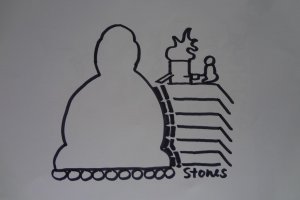 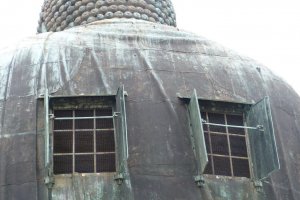 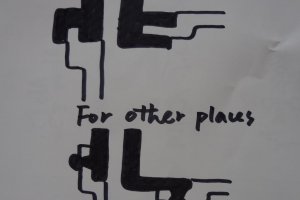 Tomoko Kamishima Author 7 years ago
Thank you Andre. I am glad you enjoyed this article. I work near Daibutsu and often enjoy visiting it.
Reply Show all 0 replies

Andre Moreira 7 years ago
Great article! Really enjoyed reading it! It's actually one of my favorite places in Japan ^O^
Reply Show all 0 replies

Nathan Hoernig 9 years ago
Very nice article. This is much more in-depth than what I previously learned. Nice work, Tomoko!
Reply Show all 0 replies

Mark Buckton 9 years ago
the staff at the temple mentioned to me the gold leaf was stripped, and the building that housed the statue destroyed in a tsunami.
Reply Show all 0 replies
6 comments in total