The Nihon Minkaen in Kawasaki

An open-air museum of old houses

I visited the Nihon Minkaen, an open-air folk house museum located in the city of Kawasaki, on a gloomy weekday, so there were almost no visitors. The houses were deserted and gave the impression of ghost houses, but then the museum workers made fire and then invited me to take a seat by the fire. We had warm conversation and that place became alive for me, but still there was the feeling of the journey to the past!

The museum is really interesting as it displays about 25 preserved buildings from the Edo Period (1603 – 1867), which were relocated to Kawasaki from all over Japan. They include traditional farmhouses with straw roofs from the Shirakawago area, samurai houses, merchant houses, houses from post towns, houses from fishing villages, a shrine and a Kabuki theatre stage. Some houses are furnished with traditional furniture and decorations. Also, I found small buildings outside houses that had been used to house toilets in old times.

On Sundays, the museum organizes workshops and demonstrations on traditional handicrafts such as indigo dyeing, straw and bamboo craft making, and cloth weaving. The Nihon Minkaen also has a small folk museum with the collection of tools and folk instruments from the Edo Period on display. The Nihon Minkaen suggests beautiful views to the houses and surroundings as it is located on a hill. I enjoyed the visit a lot and highly recommend it to those who are interested in the history of Japan.

Find out more about Nihon Minkaen. 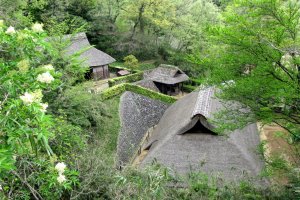 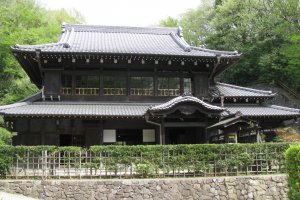 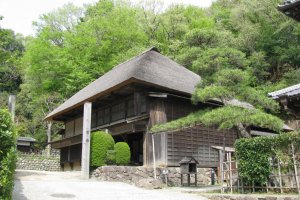 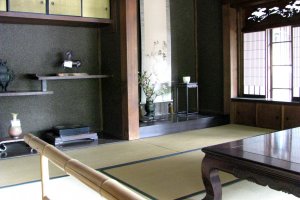 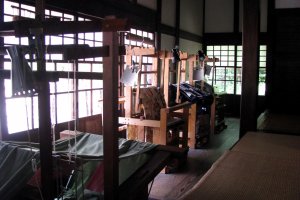 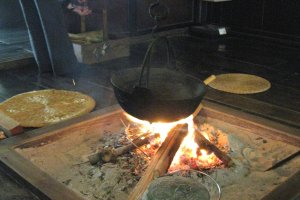