From late March through until early April each year, a cherry blossom festival takes place at Kochi's Makino Park to celebrate the beauty of spring. The cherry trees at the park here were grown from seedlings provided by Dr. Tomitaro Makino, a revered botanist who was famous for classifying an extensive range of Japanese plants. Dr. Makino was born in Kochi Prefecture, and the park was named in honor of him.

The park is one of the entrants on the list of Japan's Top 100 Cherry Blossom viewing spots, and there are plenty of other blooms on the grounds to enjoy, including a host of pretty wildflowers.

Makino Park is located around 10 minutes on foot from the JR Sakawa Station, served by the Dosan Line.

Alternatively, for those who plan to drive, the park is just under 20 minutes drive from the Susaki-Higashi Interchange on the Kochi Expressway. 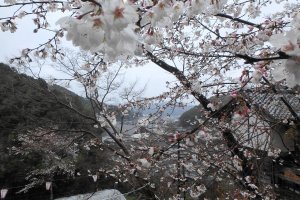