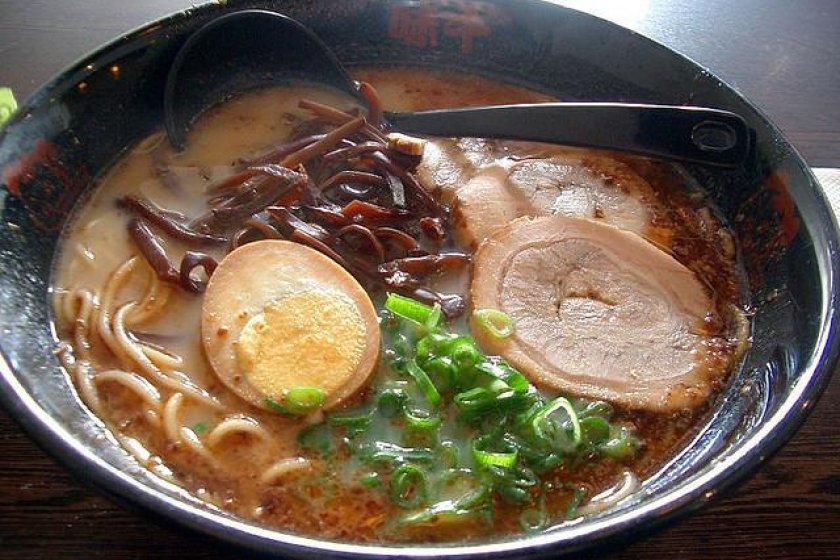 Ramen is a staple part of Japanese diet with an illustrious history dating back to its Chinese creators. What gives ramen its place in the taste buds of enthusiasts is the stock or soup that it is served, giving it a local flavor.

For example, Tokyo is well known for its Shoyu or soy sauce based stock, while Miso or Shio (salt based stock) flavor hails from Hokkaido. Kyushu is famous for Tonkotsu pork bone based soup. Ajisen Ramen naturally, has its origin in Tonkotsu soup. Slowly cooked with whole pork bones, its juices combined with Ajisen’s secret ingredients give it a deep and rich flavor. The stock is finely balanced so that it is neither stodgy nor runny, and the noodle’s delicate texture and thickness is al dente perfect.

When I was growing up in Kumamoto, my mum or grandmother often rang Ajisen Ramen for home delivery. Its quick service and neighborhood location made it an easy choice when our hunger pangs called for instant gratification. We used to order ramen, fried rice, gyoza (pot sticker dumplings) and chanpon (a soba like soup noodle famous in Nagasaki) – Japanese style Chinese food. Next day, they’ll return to pick up the plates from our house. I remember the restaurant had quite a pungent smell, a thick yellow counter and old tables, attracting construction workers, truck drivers and that kind of clientele. It had an unassuming, earthy atmosphere, and I seldom found young women there. That was the 1980s.

In the late 1990’s they changed their décor and branding and the interior was transformed to a modern fusion of Japanese and Chinese style which attracted more young people. The thing that has not changed is its signature taste and the balanced texture of the ramen. Their Tonkotsu bowl is very gratifying and addictive! I left Kumamoto for University for the worldly metropolis of Osaka, but I never failed to go back for their ramen whenever I returned to Kumamoto during school holidays.

Surprisingly, when I went to Hong Kong in 1998, I stumbled across some Ajisen Ramen shops. There was a real buzz with lots of customers queuing outside, chatting and waiting for their favorite ramen. I didn’t know why Chinese people were fascinated with the Japanese interpretation of their home grown cuisine, but the soup stock rivals the best in Wanchai or Tsimshatsui. People can now enjoy Ajisen Ramen all over the world, in China, Canada, Australia and other countries. In Australia they first opened their first store in Bourke Street Melbourne, but I’m now delighted that there are two stores in World Square and Chinatown in Sydney as well as one store in Brisbane. It is like they have followed the Chinese diaspora around the world.

My mum knows I’m a big fan of Ajisen Ramen and even though there are shops in my current home of Sydney, she still offers to treat me at Ajisen Ramen whenever I go back to Kumamoto, even now. There is nothing like Ajisen Ramen in its home town.

Born & grew up in Kumamoto, Yui studied and worked in Osaka before immigrating to Australia. She lived in Adelaide and Sydney prior to moving to Brisbane. Her passion is reporting on the great things of Kumamoto and Japan to everyone around the world in a serious, interesting and funny way. Her favorite travel writer is Makoto Shina.   熊本生まれ、熊本育ち、大阪に学び職務経験を積み、オーストラリアに移住。アデレード、シドニーを経て、ブリズベン在住。熊本、また日本のすばらしいところを国内、海外にまじめに、面白、おかしく発信したいと思っています。好きなトラベルライターは椎名誠。 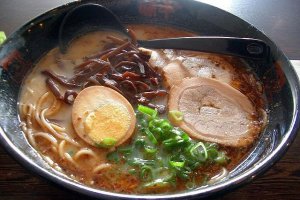 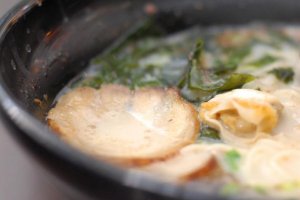 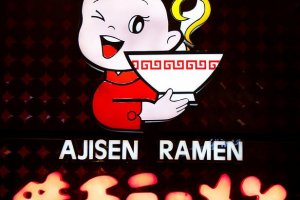 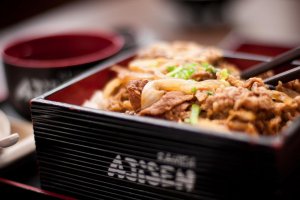 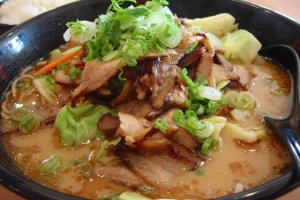 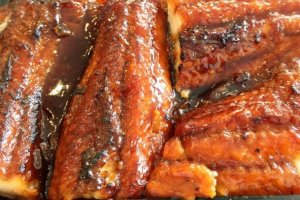