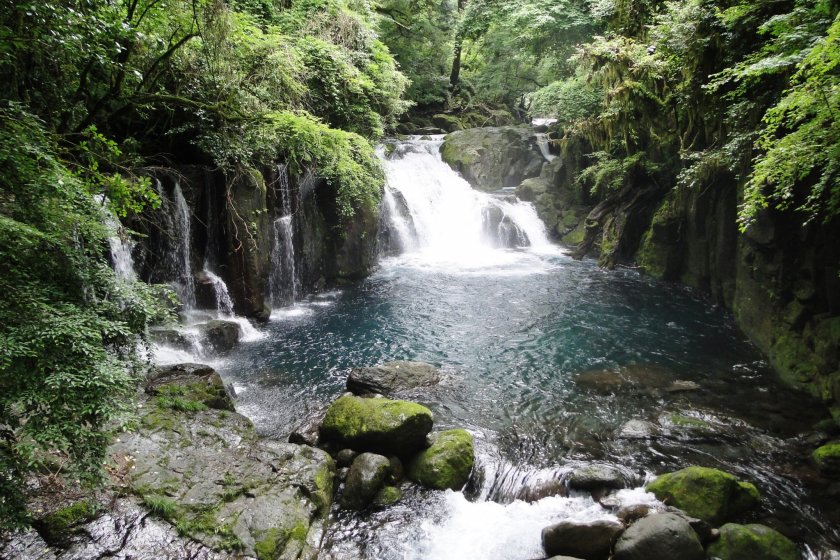 When I moved to Kumamoto last year, I was told by locals that my new hometown records some of the highest heat indexes in Japan every summer. Having recently relocated from the subtropics of Okinawa, that was not exactly music to my ears. Soon, however, savvy city residents clued me in to their summertime secret - heading out to Kikuchi Gorge to beat the heat.

Kikuchi Gorge sits in a cut between the mountains of northern Kumamoto prefecture. While the small town of Kikuchi with its gas stations, convenience stores and feudal castle is a short drive away, the gorge feels worlds removed from civilization. In the fall, the crimson-colored leaves that dot the mountainsides make the journey out there even more scenic than usual.

If you have your own set of wheels, you can park outside the gorge along the highway. A series of parking lots leads up to the gorge entrance, the furthest one being free and the subsequent lots costing between ¥​100 to ¥​200. Be warned that it's a fair hike from the free lot, on a slight incline to boot.

The gorge itself costs ¥100, a small price to pay for the beauty within the park. A hiking trail is the best way to see the area; while a paved path runs along the south bank of the gorge, more intrepid explorers should take the woodland trail on the north bank. Never fear - it's an easy walk, with a well-maintained path and only a few staircases. There are a handful of benches placed along the way for a rest and a covered picnic area near the furthest reach of the trail.

There's not much to say about the gorge's beauty that can't be expressed in the photos below. The river here is fairly swift and waterfalls are common (though don't expect large chutes). There are a number of bridges crisscrossing the water that provide fantastic vantage points for photographers and the river's rocky banks allow you to get close enough to dip your hands (and feet) in the rushing water. As the water here barely gets above 13*C degrees in the summertime, it is - as locals say - the perfect place to come cool off from the Kumamoto heat.

Find out more about Kikuchi Gorge. 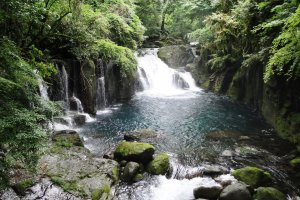 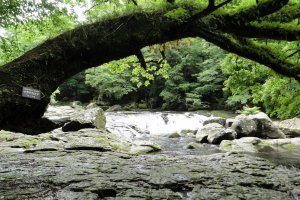 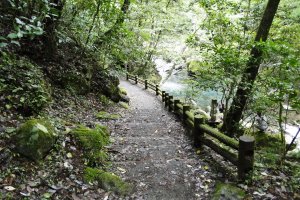 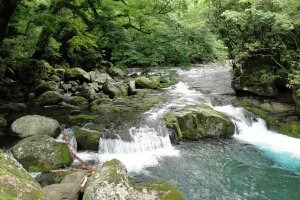 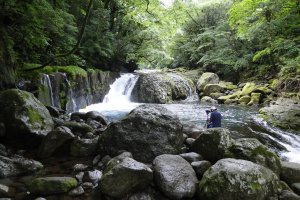 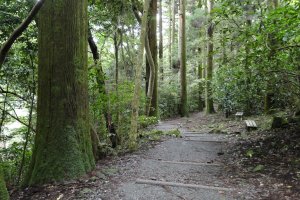