Journey into the land of history, horses and hot water

In the 1950 and 1960s the architectural style of many Japanese public buildings was quite square and concrete, reflecting practicality and speed of construction. You can see this in many central railway stations, like Tennoji and Osaka. These days, public buildings are all about glass, curves and natural light, exemplified by JR Kyoto station.

Likewise, Kumamoto Airport is also getting a makeover. In the refurbished check in area, the new Hinoki Japanese Cypress wood beams and the floor to ceiling windows capture the heart of the Aso way of life, best enjoyed from a rotenburo. Sink into the outdoor hot spring bath and relaxation comes easily as you take in the green forested hills and the clean crisp mountain air. Checking in for your flight here is like stepping into a cathedral to transport, being modern and yet natural and relaxing at the same time. It is like modern Japanese and Scandinavian esthetics have a lot in common.

It is almost difficult to believe that such bliss is only two hours away from the major metropolises like Seoul, Shanghai or Tokyo. The beautifully manicured avenues leading to the airport is probably one of the most scenic drives you can have between an airport and the downtown area, and direct flights to Seoul and Taipei make this place a great weekend away retreat for its greenery, hot springs and delightful local cuisine.

The history book experience continues in the boarding gate area, where personalities who have defined Kumamoto are lovingly documented in large mural like displays, like a walk in museum. One example is Hosokawa Garasha, whose conversion to Christianity in the Sixteenth century reflected the spiritual and political questioning the people had at that time. In the novel, “Shogun”, the character Mariko was loosely based on Hosokawa Garasha, whose baptismal name was Gracia.

Despite its relative distance to the powerbrokers in central Japan, Kumamoto was also connected to the pivotal Battle of Sekigahara by Kato Kiyomasa, a Spartan disciplinarian who knew no fear. With his tall hat and his love for tiger hunting, he was a warrior who was equally feared and admired.

There is also a panel dedicated to Natsume Sōseki, one of the greatest novelists in the Meiji period (1868–1912). His novels “Botchan” and “Kokoro” are loved by scholars from around the world, but little do they know that he taught in a Kumamoto high school.

Having enriched by this journey into the past, it is time to tantalize your taste buds in the many restaurants and souvenir shops. Tsuruya, the pride of Kumamoto Department stores, has a store here. Try the locally brewed spirits or ramen noodles. At Blue Sky, sample the Sweet Potato cake (Karaimo Cake) or have a crack at the smoked horse meat. There is also a massage parlor nearby with 15 minute massages from just 2200 yen.

The observation deck on the third floor is also a great place for a bit of plane spotting, with carriers as diverse as Fuji Dream Airlines (sky blue color) flying to Nagoya, Skymark flying to Kobe, Air Seoul to Incheon and China Airlines to Taipei.

The airport is 44 minutes by bus by a dedicated shuttle bus that meets all flights. 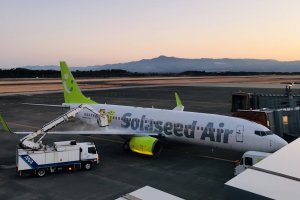 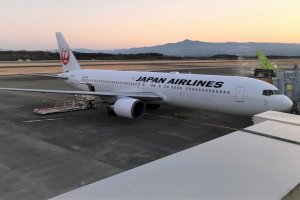 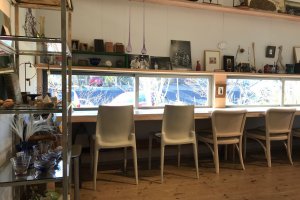 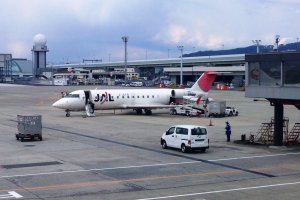 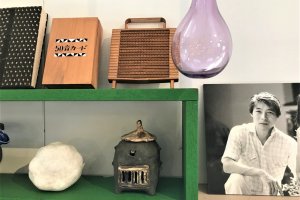 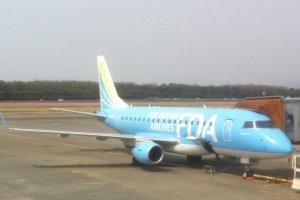 Kim 8 months ago
One of the prefectures I'm yet to have visited. Hopefully one day I'll see this airport with my own eyes! :)
Reply Show all 1 replies

Bonson Lam Author 8 months ago
I hope I could be there to welcome you when you visit! It is one of the more picturesque airports, there is a beautiful tree lined avenue leading to the airport, and it sits on a hill overlooking green pastures. (Plus the new terminal in 2023).
Reply
2 comments in total