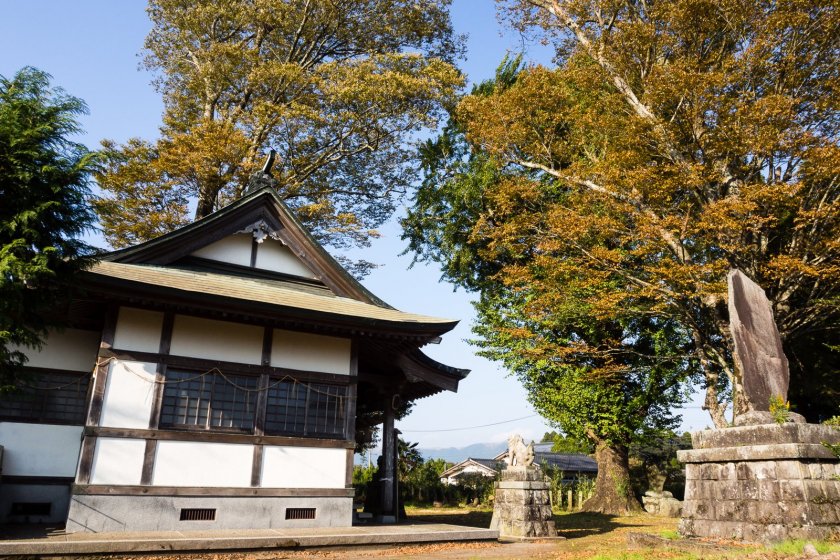 A small shrine that holds an interesting yearly event

Shimomiya shrine is located on flatlands inside the Aso caldera

Shimomiya, a small shrine sitting amidst rice fields in the Aso caldera, would be totally unremarkable if not for one thing: an unusual event that takes place here every year from August to October. It’s a religious rite related to agriculture—and it traces its roots to one of the most popular folk tales of the Aso region.

The legend tells the story of Kihachi, a servant to the god Takeiwatatsu-no-Mikoto (one of the founding fathers of Aso). Mikoto, a renowned archer, used to sit on the peak of Kishima-dake at the center of the Aso caldera and shoot arrows at one of the rocks of the north rim. Kihachi was a good runner, so his job was to pick the arrows up and bring them back.

One day Takeiwatatsu-no-Mikoto shot 99 arrows with Kihachi bringing back all of them. But with the hundredth arrow he was so tired that, instead of carrying it, he kicked the arrow toward Mikoto. This angered the god, and he killed Kihachi and cut off his head.

After that, Kihachi became a vengeful spirit and started to cause trouble by bringing early frost to rice fields, damaging the crops. To appease him, Takeiwatatsu-no Mikoto enshrined his spirit (and his head) in Shimomiya and held a fire ritual in early fall to warm the spirit up, thus preventing the frost. The ritual, called Hitaki Shinji, continues to be an annual event in Shimomiya to this day.

This is how it goes: a goshintai (a sacred object of a shrine, representing the enshrined deity) is transferred from the shrine to a separate building called Hitaki Hall. There a young girl chosen from among the villagers has to keep the fire going for 59 days, from August 19 to October 16, giving prayers to keep the frost away. In old times the girls had to stay inside the hall for the whole duration, but now they can combine their fire burning duties with going to school.

Hitaki Shinji holds the status of Important Intangible Cultural Property in Japan. Visiting later in fall, I didn't get a chance to see it; I just stopped by the shrine and took a few pictures. Maybe some other time.

A 30-minute walk from Ikoi-no-mura Station on the Hōhi Main Line. It's best to get there by car. 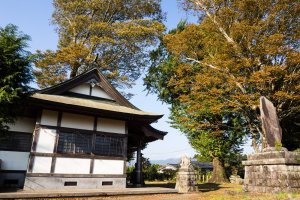 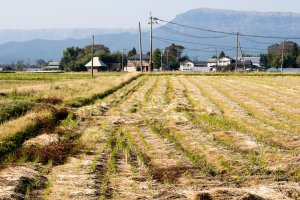 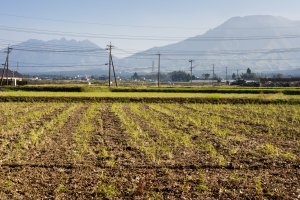 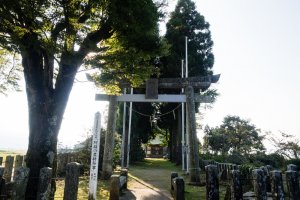 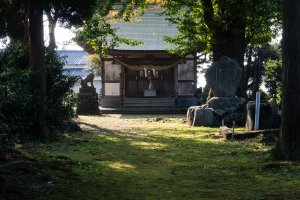 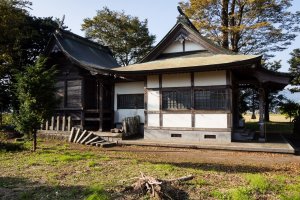 Yui Yamaguchi 2 years ago
Even though I'm from Kumamoto, I didn't know the story, every interesting!
Reply Show all 1 replies

Ekaterina Bespyatova Author 2 years ago
There's a lot of interesting stories around Aso, I don't now much myself, just happened to know this one.
Reply
2 comments in total