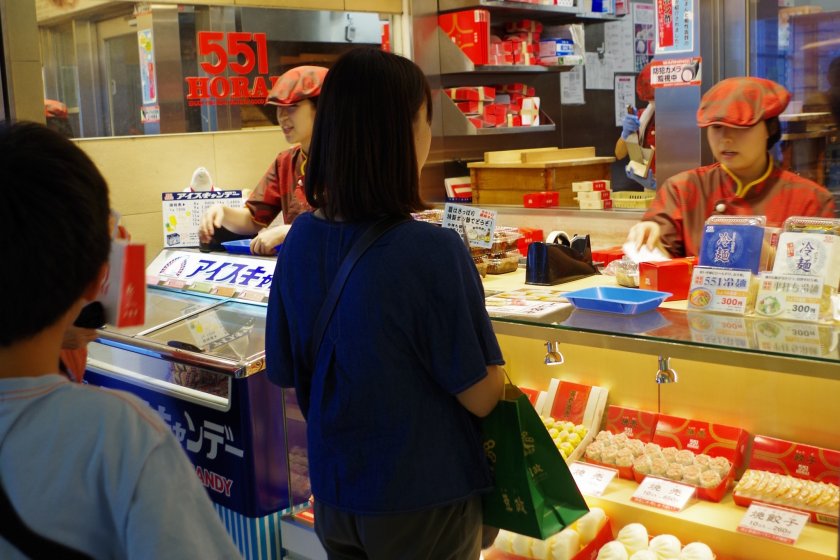 Happiness is a warm bun

Growing up in Hong Kong on the coast of the South China Sea, it was a family tradition to greet each morning with some piping hot pork buns, straight off the bamboo steamer basket and wrapping my hands around a small cup of Jasmine Blossom tea, its delicate aroma teasing me from my slumber. So it is with much delight that I can find dim sum and yum cha culture around the world.

The words dim sum means to touch the heart, and the cuisine is characterized by small bite sized dishes that are delicious, delicate and beautiful - it is hard to stop at just one bite. These qualities make it one of the most popular dishes not only for Japanese people, but food lovers from around the world.

When I stayed at Hotel Vista Kyoto, I passed through Kyoto Station every day and saw there was a little store with a long queue near the Hachijo exit, especially during the evening rush hour. I wondered how special this dim sum store could be, with same buns and shao mai pork dumplings that I grew up with.

While Japan is an important neighbour of China and has a long tradition of culinary exchanges, it is almost inevitable for food to change its taste whenever it is adopted by another culture. Differences in palette, cooking methods and selection of ingredients create a new flavor, so I was curious to know what Japanese-style Chinese dim sum would taste like.

551 Horai, a simple Chinese inspired comfort food outlet, is made famous by the unique recipes of its producer Hatone. The shop originated from Osaka and its popularity and winning taste have allowed it to expand all over Kansai. Its store in Kyoto Station is convenient for local and travelling fans alike, so I stopped by for some pork bun and summer special shao mai shrimp dumplings.

The pork bun did surprise me. Part ground pork and part onion, the stuffing is similar to that used in the Shanghai steamed bun Xiao long bao. This is balanced by the dough, which absorbed the juice so the taste is flavorsome even after you have finished the stuffing. I later learn that the secret to keeping the dough fluffy is resting it before cooking at an optimal temperature, while their juices ooze from a special seasoning that has remained constant since the first store opened. At 320 yen, the price is reasonable for two lovingly handmade buns.

As for the shao mai, it was a marked contrast to the Chinese style, which with the inclusion of minced seafood and vegetables in the filling had a lighter and less greasy feel than those I had in Hong Kong. The shrimp and other ingredients - a bit of pork, mushroom and vegetables, all blended together. Each ingredient was perfectly blended so I cannot distinguish each ingredient clearly. But the proportion was good, going well with the thin pastry.

The only downside is that shaomai only comes in boxes of 12, making it an item to share as it can be a bit too much for a single traveler to eat all in one go. I am sure sharing them would be the easiest way to win friends at the hotel reception, or I could always take them to the poor souls in Tokyo who don’t have access to a 551 Horai store.

Being in the middle of summer, their red bean adzuki and macha ice blocks or ice candies were also popular, especially with their number one fan, Gogo-kun (Japanese for 55) their sponsored polar bear at Tennoji Zoo. It is hard going for a polar bear in the Osaka summer, so a few ice blocks won’t go astray. Thinking about it, I wouldn’t mind one myself.

Find out more about Kyoto Station. 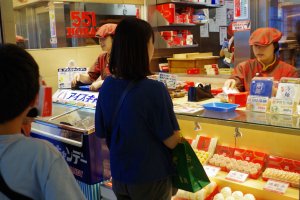 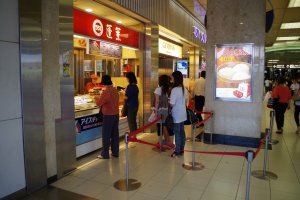 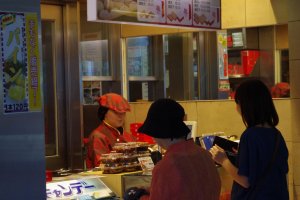 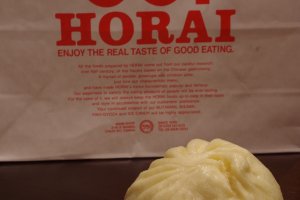 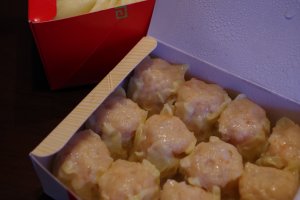 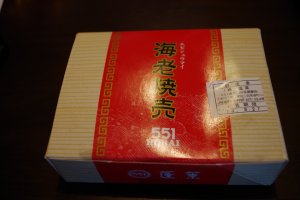 Wouter Thielen 7 years ago
I absolutely LOVE 551 Horai's nikuman (pork buns)! When there is a food festival in Tokyo, and 551 Horai has a stall there, you'll definitely find me there, lining up, waiting 1 hour or so to get me a few boxes full of pork buns! Just too bad there are no regular shops in Tokyo - the chain is restricted to Kansai area...

So if you ever come across 551 Horai, grab your opportunity! Or if you are in the Kansai area, definitely try their pork buns!
Reply Show all 0 replies
1 comment in total