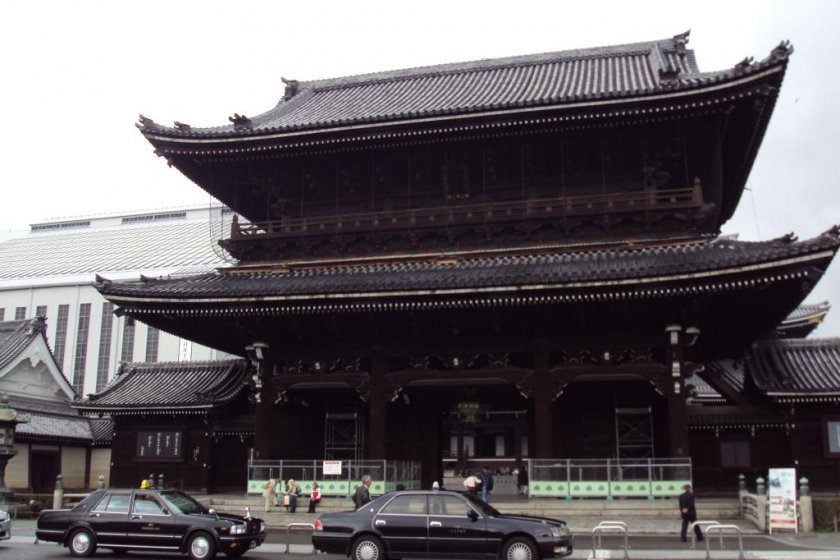 The Mother Temple of Shin Buddhism

Higashi Honganji is one of the largest wooden structures in Kyoto.

While many travelers have heard of the Golden or Silver Pavilion in Kyoto, very few have heard of Higashi Honganji, or the Eastern Temple of the Original Vow. Less than a 10 minute walk away from JR Kyoto station is a massive wooden temple right along the main street. Higashi Honganji has been burned down by fire several times, thus the temple today is not original but does date back 1895. This fact means it is older than many reconstructions in Japan today. The temple’s history, on the other hand, stretches back centuries.

Shinran (1173-1262), an influential and devote priest, founded the Otani branch of Shin Buddhism and the Honganji temple. After Shinran’s death, future caretakers of the temple added on to the temple grounds and the religious beliefs brought more followers and gave the temple more power and influence. In 1532, Hokke-shu, a Nichiren Buddhism sect, felt the Shinran sect was becoming too powerful, so they launched a surprise attack. The temple was burned down and its followers relocated to Osaka and rebuilt the temple. Then Oda Nobunaga, the powerful warlord that would eventually unite Japan, seized the strategic location the temple was built on. Nobunaga’s predecessor, Toyotomi Hideyoshi favored the Buddhist sect and Honganji temple, even granting funds and land for its expansion. Disputes within Honganji Temple lead to the construction of two separate temples, eastern and western respectively. The temple found its way back to Kyoto during this period of struggle. Continuing to this day, worshippers can study the teachings of Nenbutsu as clarified by Shinran.

The Higashi Honganji temple is more magnificent than it was centuries ago, thanks to additions as well as meticulous upkeep and repairs. In 1911, the extraordinary 28-meter (92 feet) Founder’s Hall Gate was completed. It’s probably the most recognizable feature of the temple because you can’t really see the other buildings unless you wander inside. The temple welcomes everyone—you don’t have to follow the Shinran sect of Buddhism or know Japanese to enter and take pictures. The Founder’s Hall is one of the largest wooden structures in the world, complete with an enshrined image of Shinran, Buddhist decorations, and 175,000 handmade roof tiles. It is the primary place of worship at the temple. Next to this building is the Amida Hall. There is an enshrined image of Amida Buddha, as well as artworks such as paintings by Kyoto artists. A reception building welcomes visitors and worshippers.

Higashi Honganji is full of history and is a cultural and spiritual center for Kyoto and Japan as a whole. I think many people walk by this structure without much thought because there are many more famous sites in Kyoto. In fact, I walked by it several times from my hotel to the train station, so I eventually decided to take a look inside. There are large open areas inside the temple walls and the buildings are huge. You can easily see how much influence and power this Buddhist sect has to build such a monument. I found walking around very peaceful and a bit of an escape from the busy streets right outside the temple walls. 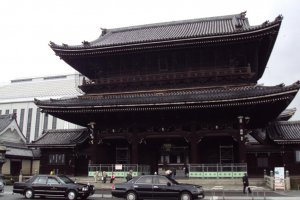 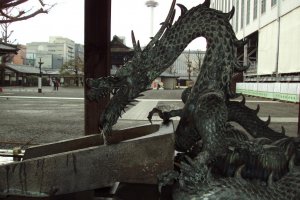 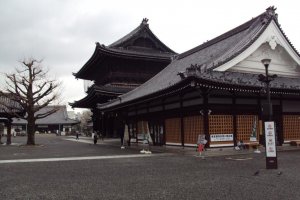 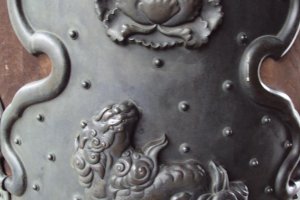 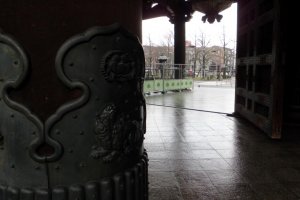 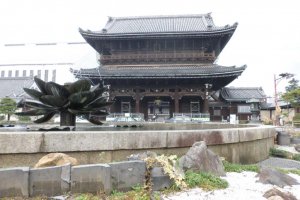