Walk back in time with humour and delight

In New York, the Upper East Side is known for its “museum mile”. In Kyoto, it is Okazaki-kōen, also nestled in the upper east side of the Kamogawa. Here, you will find Miyako Messe, the National Museum of Modern Art, as well as Hosomi Museum.

Hosomi is a family museum that is now in its third generation. Hosomi Ryo collected paintings from the Nara and Heian periods from more than a millennium ago as well as tea utensils from the Muromachi period and screens from the Momoyama period. His son added Edo period art, making this a comprehensive survey of Japanese art history, and a great way to go back in time.

Housed in a modern, airy building, you enter from the ground floor and proceed to the lower level, and there is a delightful gift shop at the very bottom. You can then make your way to the top, where if you are lucky, you can experience a tea ceremony that is held several times a year in the traditional tatami mat tea room.

Today I had the opportunity to meet Mr Yoshiyuki Hosomi, the third generation owner who explained his love of Japanese art. One of his favorite paintings is that from Korin of a childlike tiger, whose eyes pierce scornfully at the artist's signature in the bottom right, like a modern caricature. I also liked a scroll painting with a flock of cranes flying in formation above some waka poetry. The shadowlike silhouette of the cranes makes them look as if they were flying overhead, right above me at this moment, and added a vitality and dimension that I didn’t know existed.

There are over 1000 objects in the museum, which are regularly rotated in a number of themed exhibitions, like Rinpa. Unlike some other schools of art in Japan, Rinpa doesn't always pass from one generation to the next. So this museum is thrilled to see this art form being enhanced and transformed by masters such as Kamisaka Sekka and Suzuki Kiitsu.

In recent years, the Japanese themselves have shown interest in Rinpa and other kinds of Japanese art, not just European art. Its simple beauty and delicate and often humorous portrayal of flora and fauna, as well as the transient nature of the four seasons, have an appeal that is timeless and universal. This resurgence can be seen recently, with the latest Hoitsu exhibition garnering over 30,000 visitors in one month, which was a record for the gallery. Hosomi san is particularly thrilled at this, telling me that in one of his first Sekka exhibitions twelve years ago had fairly low attendances in comparison. It was almost ironic that artists like Hoitsu were more widely celebrated in the United States than Japan. However, going back in time, I have learnt that these ebb and flows were quite common. In the Heian period a thousand years ago, Japanese rather than Chinese poetry was emphasized, with the script written in hiragana rather than kanji. Later on, calligraphy was considered an art while painting was considered a craft so some artists wrote rather than painted, a concept we would find strange today.

In the Meiji era, Sekka opened up the enjoyment of fine art beyond the aristocrats, by displaying his designs for sale in department stores. This allowed ordinary people to display these masterpieces in their own home. Likewise, Hosomi has continued this tradition by opening a gallery shop in a department store in the city center.

This is a great way to experience Kyoto, not only through local artists like Sekka who have articulated the elegance and wealth of this ancient capital, but also as a living expression of creativity for today. Being a university town, this gallery is a popular place for art and history students.

After such a feast for the eyes, it is natural that you will feel hungry for a coffee or something more substantial. The cafe inside is famous for pasta and people have to queue on weekends. This space also hosts occasional jazz and other concerts, with the airy acoustic nature of the atrium lending a hand for an enriching day for all your senses.

Get off at Higashiyama station. From exit 2 it is a 10 minute walk. 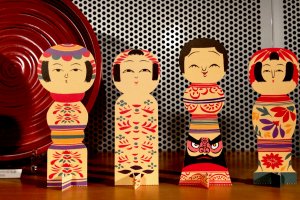 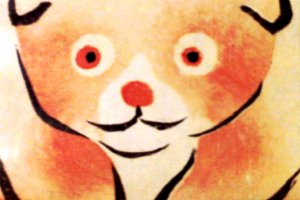 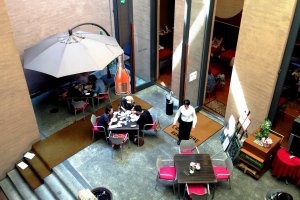 Bonson Lam Author 7 years ago
"Great art always been contemporary in spirit", so said Max Dupain in 1938. It certainly applies to Kamisaka Sekka's Art in the Hosomi Museum. Coming from the dawn of Modern Japan in the Meiji Era, his Rinpa inspired art inspired everything from department stores to interiors of Cruise Ships.
Reply Show all 0 replies
1 comment in total