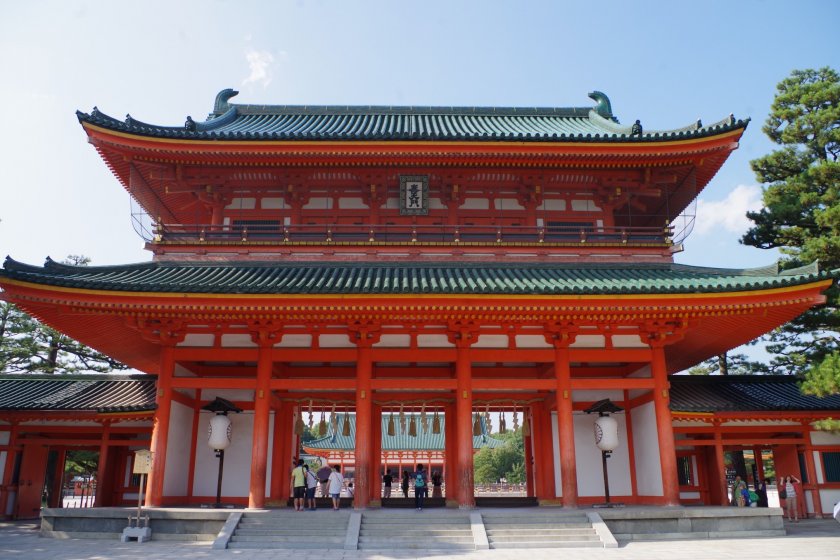 The Okazaki District of Kyoto

Everything old is new in the Millennial Parklands

The front facade of Heian Shrine

A stroll in Kyoto’s Okazaki district yields many delights, from a relaxing stroll in the magnificent grounds of Heian Shrine, to intricate handiwork of the exquisite fans at the museum, this parkland district is a primer into the living arts and culture of Kyoto, and a window at how this city continues to reinvent itself, between the past and the present. If you are staying nearby, such as the Heian no Mori hotel, you can easily spend one or two full days here, starting with Shoren-in, Chion-in or Heian Shrine in the morning, and moving to the Hosomi or other museums in the afternoon.

Heian Shrine was founded as part of the 1,100th anniversary celebration of Kyoto as a capital city. While it looks traditional and ancient to the untrained eye, it is actually only a hundred years old, a mere adolescent in the timeframe of Kyoto’s history. As the capital moved to Tokyo with modernization of the country in the nineteenth century, Heian Shrine was an opportunity for Kyoto to recreate the grandeur of the original palace in the Heian Period a millennia ago, as well as creating a strolling garden for its citizens as the former capital risked becoming irrelevant in a rapidly modernizing country. The city fathers wanted to honour the past, but at the same time giving life and rest to the present. The best architects and gardeners were used to design its modern sized grounds, and no matter what time of year, there is something to look forward to. From blushing pink cherry blossoms in spring to sunshine yellow water lilies in summer, nature’s colors paint a delightful contrast to the timeless vermilion shrine that watches over the changing of the seasons, and the changing of the guard from Kyoto to Tokyo. In keeping with this theme, the first and last emperors based in Kyoto, Emperor Kammu and Emperor Komei are honoured here.

Likewise, the Traditional Museum of Handicrafts pays homage to the ancient applied arts and crafts of this city, yet presents them in a way that is inclusive and welcoming to the next generation. The exhibits clearly and simply take you through the steps in making each handicraft. Like the Gion Theatre for performing arts, it is educational without being overbearing, and even a short 30 minute visit will reward you with a greater appreciation the centuries of know-how behind the icons of Kyoto arts, from fans to dolls and kimonos.

Located in the Miyako Messe, a modern and angular concrete and glass building, it dominates the Southwest corner of Okazaki, strategically located next to the Museum of Modern Art. It may seem a touch incongruous that a museum with the word “traditional” resides in a modern building, but the owners of the museum wanted this to be a meeting place between industry leaders and designers from around the world. Kyoto’s arts and crafts had a long history of exchanging ideas and philosophies with outsiders, and so as you learn about its design, its craftsmen are looking to you to reinvent its art forms for the future. The range of traditional Japanese crafts on display includes everything from Nishijin-ori woven textiles to Kyoto style dolls (Kyo-Ningyo). They also hold regular events and workshops, such as lectures and demonstrations of traditional dance by Maiko from each of the four geisha districts of Kyoto, Gion-kohbu, Miyagawa-cho, Ponto-cho, and Gion-higashi, as well as demonstrations of bamboo and metal work by old masters. For a more hands on experience, join the handicraft classes on Surigata-Yuzen (Kyoto’s stencil-dyeing), and you can keep your handiwork as an unique souvenir of your time here. Entry to the museum is free.

While the relocation of the capital to Tokyo has occurred more than a century ago, the connection between the Imperial household and the acclaimed handicrafts of Kyoto remains fresh. Across the Kamogawa, Imperially appointed doll, confectionery and furniture makers continue to create masterpieces for next generation’s elite. If the Traditional Museum of Handicrafts has whetted your appetite, cross the river and join in a class, and see how everything old is new again. 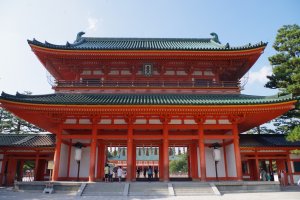 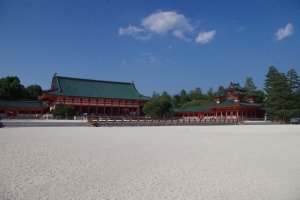 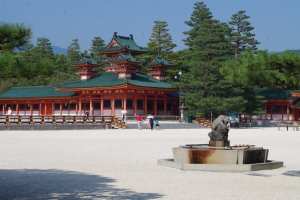 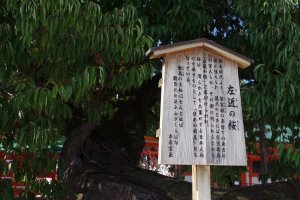 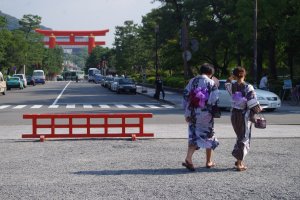 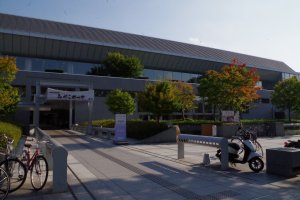