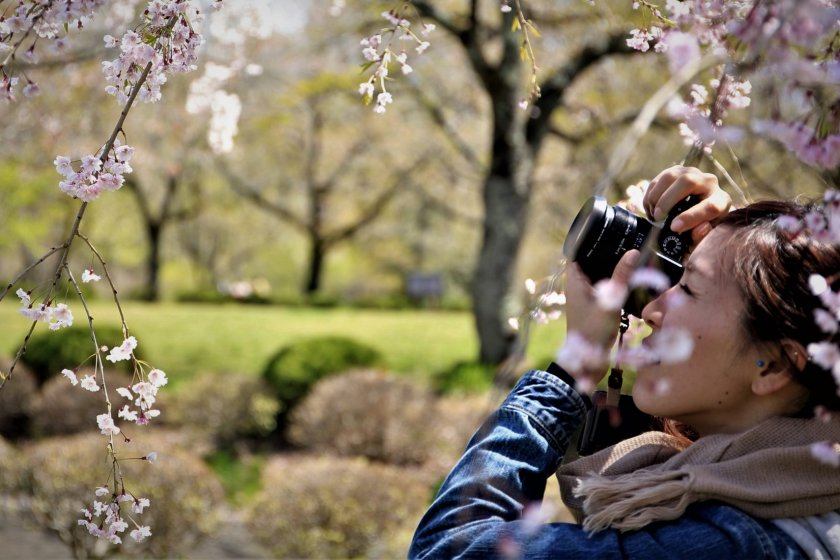 Tips for your phone camera

Experiment with different angles when taking photos, even getting down on the ground if you must (Photo: Kazuend / Unsplash)

Tenju-an isn't known for its cherry trees, making this is a blessing in disguise, an oasis from the crowds snapping away at Keage Incline during the cherry blossom viewing season in April.

For centuries, this garden is more known for its maple leaves in autumn. Nevertheless, there is plenty to see here even in Spring, and its calm makes for a meditative stroll, a sanctuary for monks and emperors since 1337. Even today, it is a testament to the advanced garden design techniques at that time, though some elements, such as the island in the western pond, show the hand of Meiji period designers who had enhanced it in the 19th century.

The variety of its landscapes makes it a photographer’s delight, with the various angles from viewing the koi goldfish pond and the stone garden challenging the way in which you think of garden design, the interaction of light and reflection, as well as how the textures and shadows of the wood and leaves play on each other.

Its compact size makes it easier to capture the natural and man-made elements, even if your camera does not have advanced settings or specialised lenses. It also allows you to experiment with your composition, allowing you to include or exclude the pathways that weave around the pond. Let your eyes be drawn to the roof line and mountains in the distance, while its reflection on the pond giving you a double image, giving you license to create images that push your artistic license. Cross the stone bridge and admire the way in which centuries old gardeners have turned the trees into sculptures by tying it with ropes. On the other hand, the contrast between the glassy pond and the silhouette from the wood plank bridge makes for a great photo. Walk a little further and capture the way the sunlight falls on the trees in the morning, making it look like snow from a distance.

This is a great place to take your time and experiment with taking photos from different angles and heights, as well as disciplining yourself in not over composing your photos with too many elements.

Tenju-an Garden is a sub-temple of Nanzenji, which is a ten minute stroll from Keage subway station. The subway is much quicker than the often crowded buses from Kyoto station. 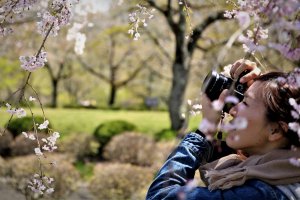 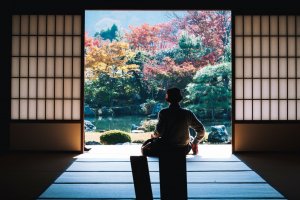 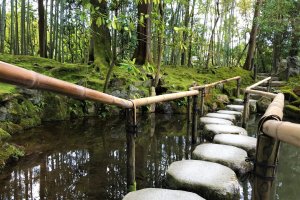 Sleiman Azizi 2 years ago
Back in the day, when I was seriously taking photos, I tried to take photos of space. Finding ways of offering 'suggestion' in a photo was a challenge but made the eventual shots all the more interesting.
Reply Show all 1 replies

Bonson Lam Author 2 years ago
Taking photos in different ways are worth it in finding out what works. Also, being immersed in it is a form of meditation too in my mind.
Reply

Sherilyn Siy 2 years ago
I love the photo with the stepping stones and lush green.
Reply Show all 1 replies

Bonson Lam Author 2 years ago
Thank you, there is a real contrast of colours, surfaces and textures.
Reply

I often shoot on the diagonals to keep photos interesting and catch wider views.
Reply Show all 1 replies

Bonson Lam Author 2 years ago
Another tip I learnt was to use the selfie mode on your phone to capture the soaring lines of the bamboo groves, when you want a photo of the bamboo shooting up towards the sky. The coaches at Eyexplore, who had partnered with JapanTravel before on photography tours, were really helpful with tips like this.
Reply

Kim 2 years ago
I'll have to try and implement some of these tips!
Reply Show all 1 replies

Bonson Lam Author 2 years ago
Thank you! I like to try taking photos from different angles, even getting down on the ground, with my face on the dirt even.
Reply
8 comments in total