Sliding doors & the possibility of connection

Her smile lights up the room. It is eleven o’clock on a Friday night, and for most Cinderellas, it is almost pumpkin time. A heartfelt wave, a smile was wide as east to west. No this is not a party or a reunion, but close. On platform one at Sanjo subway station, a gathering parts after a wonderful night at a nearby Izakaya. On the Kyoto subway at night, it is a great place to see modern corporate Kyoto at play after work, a place to people watch, away from the iconic geishas and temples that most day trippers encounter.

The subway is the quickest way for travelers to get around Kyoto quickly and effortlessly, and is also the most direct way to reach a number of sightseeing spots, including Nijo Castle and the Imperial Palace. There are two lines. The Tozai line runs east west from Nijo to Higashiyama, while the Karasuma line runs north south, intersecting each other like a cross at Karasuma Oike. The Karasuma line connects Kyoto Station with the Imperial Palace and Kitayama. As there are fewer tourists on the subway, you are more likely to get a seat, particularly outside peak commuting hours.

On the other hand, if you want to reach places like Kinkakuji or Ryoanji which are far from the subway, a combined subway pass with a bicycle tour will get you there with a minimum of stress while maximizing your connection with the locals. Roujiya Guesthouse near Nijo Station hires bicycles from 500 yen per day, and they are open from 8am to 11am, and then from 4pm to 9pm.

The JR, Hankyu and Keihan Train lines also run through Kyoto City by separate companies, and you should consider them for the following destinations:

1. For the access to Arashiyama district, JR is the fastest train from Kyoto station. Randen, which is the slow tram, is still the fastest from Shijo Omiya and the City Bus is the last choice because it takes 40 to 60 minutes to get to Arashiyama.

2. If you are heading south to Fushimi or Uji, the JR or Keihan trains are the best ways to go.

Fares start from 210 yen, but the best bet is a day pass at 600 yen or a two day pass at 1000 yen. For places requiring both Kyoto City Bus and subway, the “Kyoto Sightseeing One Day (Two-Day) Pass” is valid for both Subway and Bus (One Day 1200yen, Two-day 2000yen). Passes for a child are half price. 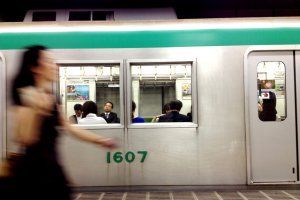 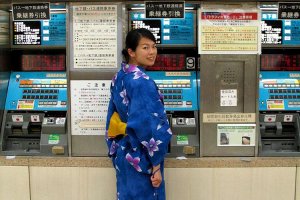 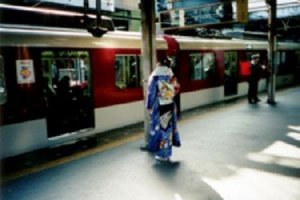 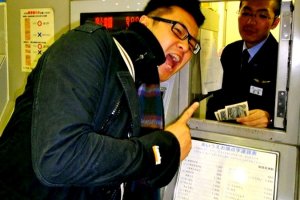 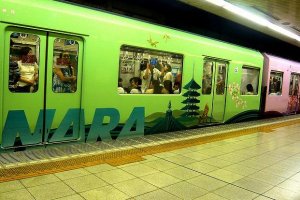 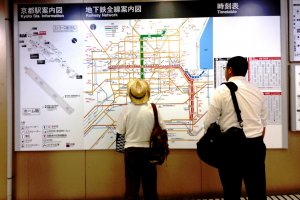