Kurama-area shrine dedicated to the deities of water

Located in a narrow valley north of the center of Kyoto, Kifune Shrine is said to have been founded 1,500 years ago, making it older than the city itself. Legend has it that the goddess Tamayori Hime-no-Mikoto sailed from Osaka Bay up the Yodogawa and Kamogawa rivers into the stream that is now Kibunegawa. The place where her yellow boat stopped became the site of Kifune Jinja. The shrine and the river were named after this journey – ki means yellow and fune means boat.

As an important source of water for the people living downstream, enshrined are deities of water, Takaokami-no-kami and Kuraokami-no-kami. Followers pray to them to stop heavy rain from causing floods and to pray for rainfall during times of drought.

There are three ways to reach Kifune Jinja: by car/taxi, on foot along a mountain trail from Kurama, or by train to Kibuneguchi Station, and then a short bus ride. Whatever the choice, visitors should make their way up to Okunomiya and leisurely work their way back down along the river.

Okunomiya is the site of the original Kifune Jinja, however the main buildings were moved after a flood in 1045. This is still the inner sanctum of the shrine and some structures remain – sitting at the end of a path lined with giant Japanese cedar trees.

Further down the street is Nakamiya, a central shrine dedicated to the deity of marriage. Couples wishing to 'tie the knot' should stop here to purchase a piece of sacred green paper. On the paper they should write their names, say a prayer, and then tie it onto a designated fence so that the deity will help grant and bless the union.

The main shrine is located in the center of the town that makes up Kibune. Within the grounds are a couple of horse statues. Legend has it that black horses were offered in times of drought, and white horses were offered in times of flooding. In place of a real horse, it is said that this is the origin of ema; small wooden plaques that followers purchase, write their wishes upon, and hang up in hope of gaining assistance in having those wishes granted. Ema literally means 'picture horse'. All original ema had paintings of horses on them until shrines and temples began to use their own designs.

Near the main hall, sacred spring water flows from the stone walls. Be sure to purchase one of the shrines' special water fortunes. They are blank and must be floated in the water so that the words 'appear'.

On a visit to Kyoto, I highly recommend taking a day to soak in the history of Kifune Shrine and to explore nearby Kurama.

Find out more about Kifune Shrine. 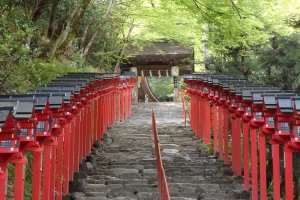 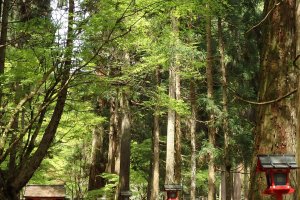 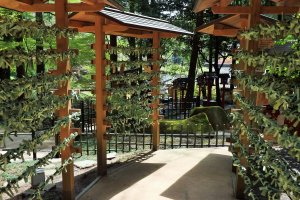 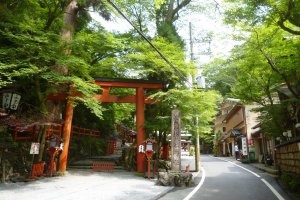 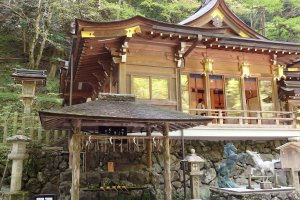 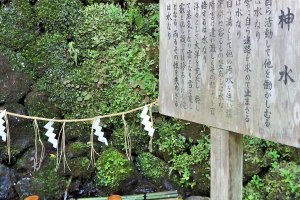 Elena Lisina 10 months ago
Interesting history and place. Must visit! Thanks!
Reply Show all 0 replies

Justin Velgus 10 months ago
Nice hook to draw us in: "Located in a narrow valley north of the center of Kyoto, Kifune Shrine is said to have been founded 1,500 years ago, making it older than the city itself." I like your writing style.

Alena Eckelmann a year ago
A nice spirit and nature escape! The walk across from Kifune to Kurama is for people who like trekking. There are a few small temple halls in the forest the closer you get to Kurama. Kurama is also known as the birthplace of Reiki, for anyone into energy healing.
Reply Show all 1 replies

Sandra Isaka Author a year ago
Agreed, I love both Kurama and Kifune. Only negative is the forest between the two is still a mess from a typhoon that caused havoc a few years ago (the trail is clear, however).
Reply

Novia Mardasari a year ago
That Tablet of pray open for public?
Reply Show all 2 replies

Sandra Isaka Author a year ago
All areas of the grounds are open to the public. Visitors can only enter the main hall if they pay for a ritual/service.
Reply

Novia Mardasari a year ago
I see.. free to put our prayer there also?
Reply
21 comments in total