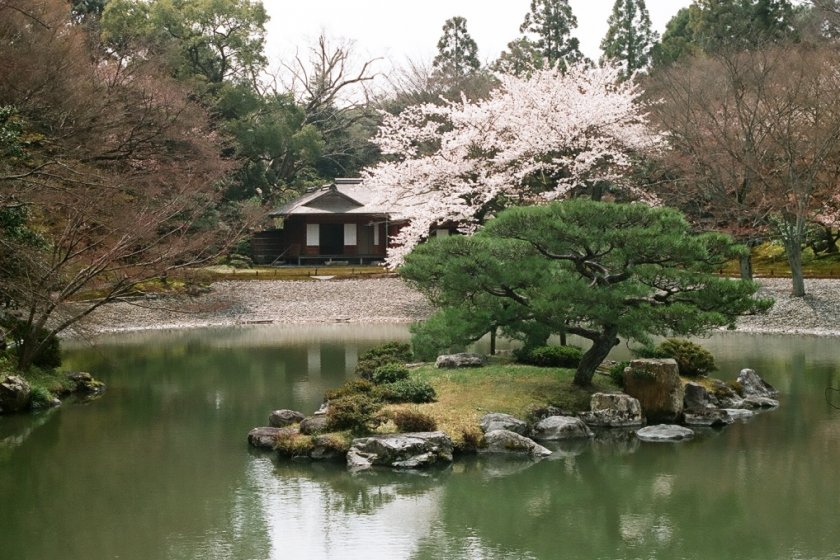 Venture off and catch a glimpse of Imperial Life

View across the South Pond at Sento Imperial Palace grounds

Kyoto is steeped in history and a large part of it is the history of Japan’s royalty. Many visitors come to Kyoto to see the city’s famous temples, and there are dozens of them. However, only few venture off the temple circuit and try to catch a glimpse of what lies behind the closed-off walls of Kyoto’s Imperial villas and gardens.

The former served as a residence for retired Emperors while the later was used by the Empress Dowager. Due to fires and liquidation there is not much left from the buildings of Sento Imperial Palace except for two tea pavilions, Yushintei and Seikatei, but Omiya Imperial Palace is still being used by the Imperial Family during visits in Kyoto.

The highlight of this palace compound is a huge garden with two connected ponds, the North and the South Pond. Actually the ponds were not always connected but the North Pond was on the property of one palace and the South Pond belonged to the other palace. Not sure what prompted their eventual connection - maybe the Royals just wanted a larger garden where they could stretch their legs and catch a breath of fresh Kyoto air.

The North Pond has a natural setting that blends in with the landscape of Kyoto’s Higashiyama Mountain in the distance while the South Pond looks carefully designed with its shoreline of an amazing 111,000 cobbled stones.

I wonder how long it took to neatly arrange these stones and make it look so nice. Stones are a common feature in Japanese traditional garden architecture but I haven’t seen a cobble stone seashore promenade anywhere else yet.

Visitors enter through the main gate and wait for the tour guide before the group proceeds first in a loop around the North Pond taking in the full view and then halfway around the South Pond walking across some zigzag bridge that connect the two islets in the pond.

These ponds are a feast for the eyes during all seasons. In April the cherry trees surrounding the South Pond spot a blaze of pink. The zigzag bridge across the two inlets of the South Pond is covered with wisteria trellis and offers a marvelous sight when they are in full bloom in early summer.

The North Pond is framed by rhododendron bushes adding some bright colors to the greenery around. In autumn maple trees shine in shades of yellow and red. In winter the snow-covered landscape exudes a quiet beauty.

The Royals must have loved poems as a couple of poets are being celebrated in the garden. One poet even got a small shrine dedicated to him. Foreign visitors might be less interested in references to poets from centuries ago but lovers of Japanese traditional gardens will find this compound enchanting.

Best of all, there are no crowds of people shuffling along the garden paths and spoiling your snapshots. As access it restricted and one needs a permit to get in, there will only be a couple of tour groups walking around at any one time.

More information can be found on the Imperial Household Agency homepage. One can also sign up for a permit to get access to the Imperial Villa online at: http://sankan.kunaicho.go.jp/english/guide/sento.html 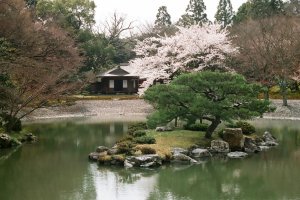 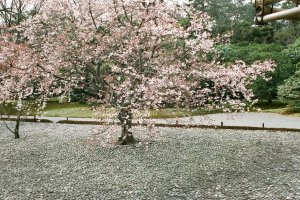 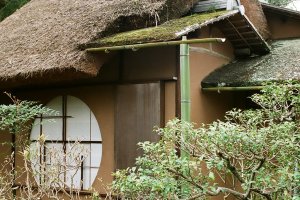