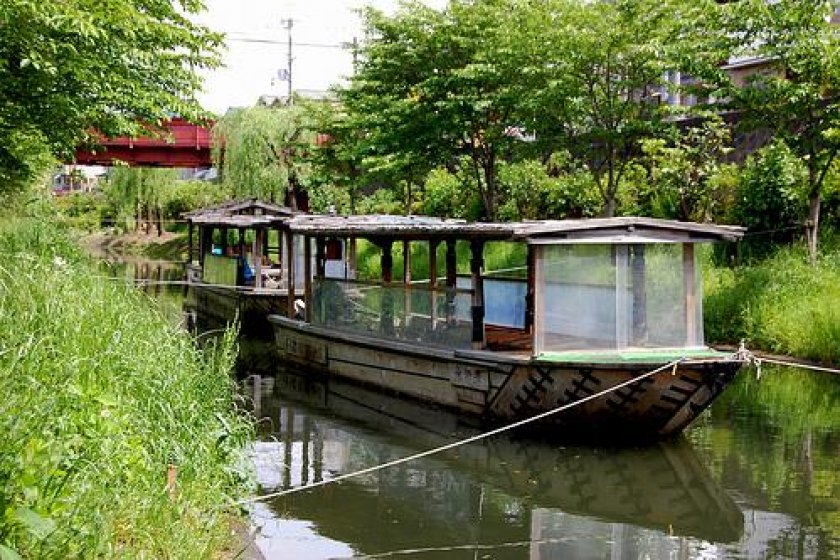 Time is the secret ingredient

Rediscover what it was like to transport sake to Osaka by boat (Photo: Rune Clausen (CC BY-NC-ND 2.0))

Heart warming and body soothing, a sip of sake from the master craftsman in Kyoto is an experience you won’t forget. One of my favorite varieties is Nigorizake, which has a milky color with the rice solid deliberately left over floating inside the bottle. Being lightly-filtered, it is more flavorsome, as well as having a creamier texture. Not as creamy as Baileys, but like a transition between clear sake and amazake. It is best served chilled, has a moderate sweet taste and is easy to drink.

This sake goes well with a sashimi, as it clears your palate from the fishy smell, so remember sake and fish, not a beef steak! This sake fills you up because of the sediment in the liquid. We use a little cup called “guinomi” to drink sake. The first cup is outstanding, the second cup is admirable and third cup enough for now. That’s why I think this size is just perfect for me.

Fushimi is one of the oldest sake producing areas in Kyoto, and all of Japan for that matter. Located on a waterway between Kyoto and Osaka, it enjoyed the patronage of the Shogun Toyotomi Hideyoshi, in the 16th century. The boats that carried this precious cargo was called Jikkokubune. Later on, a group of brewers in the Edo period formed the Fushimi Sake Brewers Association. You can still find descendants today, constantly refining sake for modern tastes. I think no trip to Kyoto would be complete without a sake experience. If you are the south part of Kyoto, such as the Fushimi Inari Shrine, why not come over to one of the breweries or sake museums.

In the Horino Memorial Museum, there is a 200 year old well that has provided the softest Kyoto spring water that makes its sake so memorable. Imagine combining this with the best quality rice and in the hands of fifth generation sake craftsmen, you would not go back to second best afterwards. Oh well, this is the price you pay for being a gourmet! Entry is just 300 yen, and it is open from 11am to 5 pm, with drinks being served until 9pm every day except Mondays.

Another museum and brewery of note is the Gekkeikan Okura Sake Museum. Jiemon Okura established his sake brewery in 1637. Today his sake is enjoyed by people all around the world, though there are some exotic varieties that you can only get in Kyoto. Architecturally this place is worth visiting to see buildings still in use from the late Edo Period (19th century). You can also see some of the utensils used in the various stages of sake brewing, like “fox” and “raccoon” which are named from the similarity of their shapes to the actual animals. After the tasting, browse the museum shop for a variety of sake, some of which is only available here. There are also sake cup sets and even sake bath salts. 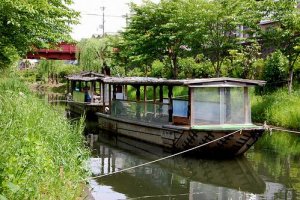 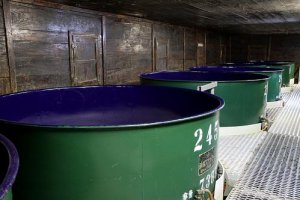 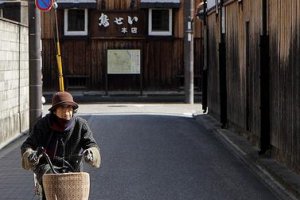 Bonson Lam Author 8 years ago
Did you know that Gekkeikan also make Plum Wine as well? They have their special recipe for plum wine. So if you have a sweet palette, you can enjoy a visit to the sake brewery as well. I didn't know that plum wine has been part of the culture for more than 300 years.
Reply Show all 0 replies

Bonson Lam Author 9 years ago
Thank you for the gift of Kyoto sake, it is a treasure to behold! I didn't realise that sake makers have pledged their life to forsake natto! What discipline and dedication!
Reply Show all 0 replies

Bonson Lam Author 9 years ago
Wouter I often wonder about the sake bath salts too! It must smell great! I wonder if it helps with hangovers? It is very pleasant also to be on a boat besides the brewery!
Reply Show all 0 replies

Wouter Thielen 9 years ago
Sake bath salts?! Does this make the bathwater drinkable? :D I wonder what that smells like...

I have been to Kyoto 5 times, but I never thought about visiting a sake brewery. Thanks for this article, it made me realize there are such places worth a visit too!
Reply Show all 0 replies
4 comments in total