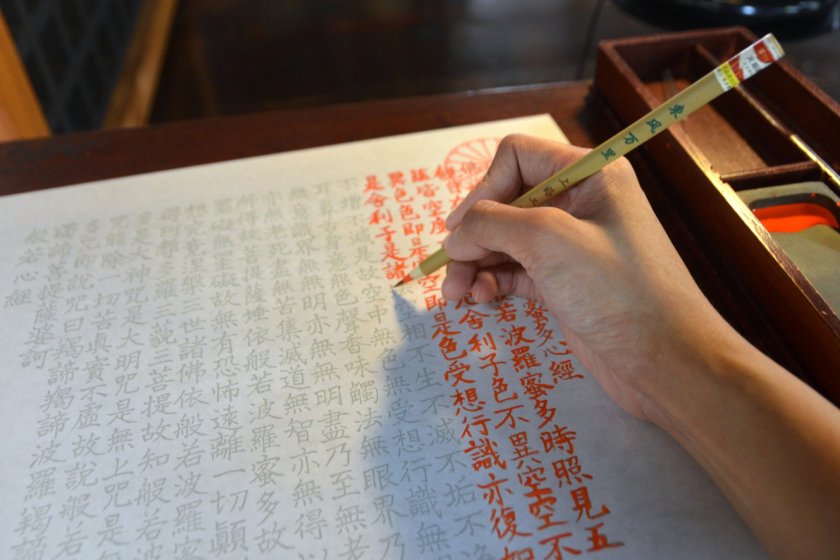 Meditation in a tranquil sanctuary

Trying my hand at shakyo, which is known as the transcription of sutra.

‘Shakyo’ refers to the practice of copying sutra, which is considered a merit in Buddhism. It was first introduced in Japan as a means of religious practice during the 8th century but shakyo has since evolved into a form of zen cultivation today. The act of copying sutra is believed to be highly therapeutic, as one focus on the task at hand.

Determined to practice self-reflection and greater mindfulness, I headed to the well-hidden Unryuin Temple that is located in the Higashiyama district of Kyoto. Along the way, I got lost several times but upon arriving at the entrance of the Buddhist temple, I was convinced that this trip would be worthwhile.

Shrouded in greenery, a long and narrow concrete path lay ahead of me and beckoned me forward. I was already mesmerized by the calls of nature and the peaceful environment. On my left, there was a beautiful sculpture of the Goddess of Mercy, blending harmoniously into the background yet imposing a certain form of quiet magnificence.

Being a branch temple of the Sennyu-ji Temple, the Unryuin Temple was commissioned in the late 14th century by Emperor Go-Kogon of that period and the royal crest can be seen at various spots within the vicinity. With its ability to instill a certain sense of calmness, this aged-but-beautiful architecture was once greatly favoured by the Imperial family. It is easy to understand why this is so.

At the reception, I tentatively spoke the word that brought me to this ground: “shakyo”. Despite our language barrier, the kind lady with a round face and beautiful smile managed to led me to the main hall where I shall copy the sutra.

Better known as the Hall of the Dragon Flower (Ryogeden), the main building is registered as an Important Cultural Property of Japan. Elaborately decorated, there was an understated grandeur with its neat rows of low tables and an altar that houses the Buddha “Yakushi Nyorai”.

One does not simply copy endlessly in the transcription of sutra. I was pleasantly surprised that there is a pre-ritual of purification prior to shakyo. Somehow, it makes this experience feels more unique. First, I was presented with a jar of dried cloves and asked to keep a piece inside my mouth while I copy the sutra.

Following that, a tiny portion of incense that smells a lot like cinnamon powder was placed on my hands. The sprinkle of sacred water on the head is believed to purify the mind and that also marks the start of my shakyo. With the piece of dried clove nestling within my mouth, I was asked to refrain from speaking and I gestured that there was no one else there. Apparently, I think the lady does not know that I speak to myself more than I speak to others. Perhaps, she meant that I should focus on the tasks at hand and stop my idle thoughts.

The sutra that I was supposed to trace is in traditional Chinese characters and it reflected the famous ‘Heart Sutra’. Containing 262 words, it seemed like an easy task but having to sit in a place for any unlimited amounts of time tends to make me fidget (which I am quite sure is not what I was supposed to do).

Although I did not thoroughly understood what I was copying, I counted myself lucky for being able to decipher the general message, which reflects on human desires and enlightenment. According to the four truths of Buddhism, desire is the main cause of suffering and being rid of desires shall allow one to attain true enlightenment and happiness.

I cannot say that I attained true enlightenment when I finally finished copying the sutra but it felt very good indeed. I was also looking forward to the complimentary green tea and desserts, as to my chagrin; my stomach has started to growl quite loudly.

Once again, I was led down narrow corridors that open up to different rooms of beauty. All of these rooms boast pretty scenery of the garden that lies beyond. The bitterness of the green tea made me cringed but as I took a small bite of the overly sweet dessert, I was surprised at how well the taste blended and balanced.

Like yin and yang, everything seems to be about balance in this quiet sanctuary. A certain sense of peace settled within me and I felt exceptionally lighthearted while looking out at the pretty garden. Later, I decided to follow the other patrons and “room-hopped”. In each room, I found ancient treasures and priceless tranquility that are rare in this modern, bustling world that we live in.

Presenting an escape from life, the Unryuin Temple comprises history, arts and tranquility that linger on in oneself even after departing it. 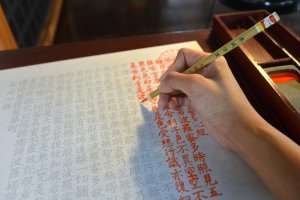 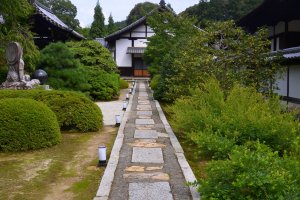 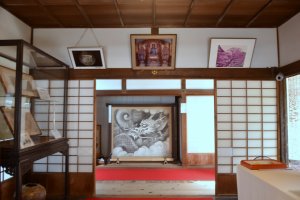 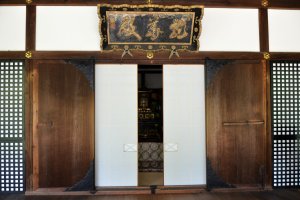 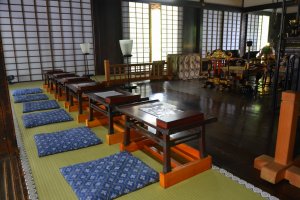 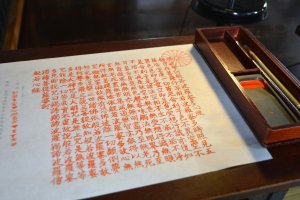 Karen Zheng Author 7 years ago
Thanks, Justin! It costs ¥1500 (inclusive of entrance fees, complimentary green tea and dessert). I believe there are two temples in Kyoto that offer Shakyo practices but Unryuin Temple is very nice because of its historic connection to the Imperial family. Do give it a try! :)
Reply Show all 0 replies

Justin Velgus 7 years ago
I really enjoyed this article. It is good to know even someone not fluent in Japanese can partake in such an activity. How much did the Shakyo session cost? I imagine there is a requested donation.
Reply Show all 0 replies
2 comments in total