The Top of Fushimi Inari Taisha

It’s a challenge that one should prepare for

Considered the main fox shrine, or Inari-jinja, in Japan, Fushimi Inari Taisha is located at Kushimi-ku of Kyoto. The shrine is located at the mountain also named Inari, which is 233 metres above sea level. It includes trails up the mountain to many smaller shrines. The enitre walk to the top is 4-kilometers and takes approximately 2-hours to climb.

The intriguing shrine was dedicated to the god of rice and sake by the Hata Clan in the 8th century.

At the back of the Fushimi Inari main grounds is the entrance to the torii gate hovering over the hiking trail, which starts with two parallel rows of gates called Senbon Torii ("thousands of torii gates"). Since ancient time, the god Inari was seen as the patron of business, and merchants and manufacturers have traditionally worshipped Inari. The torii gates along the entire trail are donations by individuals and companies, and you will find the donor's name and the date of the donation inscribed on the back of each gate. The cost starts around 400,000 yen for a small sized gate and increases to over one million yen for a large gate.

The magical, seemingly unending path of over 5000 orange torii gates makes Inari-taisha one of the most popular shrines in Japan. It also features dozens of statues of kitsune (foxes). Kitsune is seen as the messenger of the god of grain foods, Inari, and the stone foxes are often known by the same name. The keys often depicted in the fox mouths are keys to granaries.

After about a 30-45 minute walk up through the torii gates, visitors will reach the Yotsutsuji intersection. It’s about the halfway point up the mountain. There is the rest point from which some nice views over Kyoto can be enjoyed. Many visitors only venture as far as this point.

I wish I had read all of the information before coming to Fushimi Inari Taisha. I saw the photos of torii and thought it must be a wonderful place to visit. I travelled from Nara to Ito through Kyoto, and Inari Station was on my way. I had no idea of the Fushimi Inari Taisha’s size and carried my rather heavy backpack.

At first, I thought that it was very similar to other Inari-jinja that I’d seen before, but climbing further, I understood how special it was. The trail through the torii gates went up, down, and up again. Even though it was early spring, the day was rather hot and climbing wasn’t easy. I made it to the point where many went down. But, thinking that I might have no other chance, I climbed farther to the top. It was quite challenging for me, but I’m happy I did that! Yatta!

The way to the top is hard but interesting as there are many small jinja, special ema, ancient stones, and beautiful sights that you “must see” when visiting Japan. 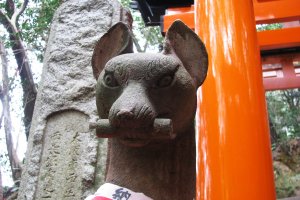 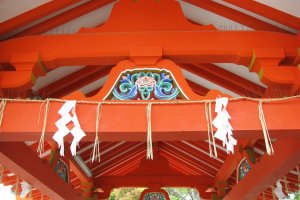 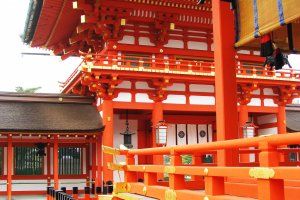 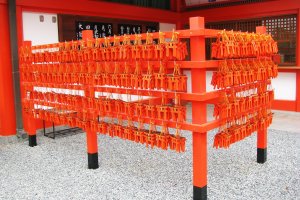 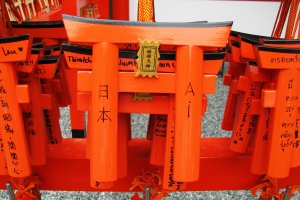 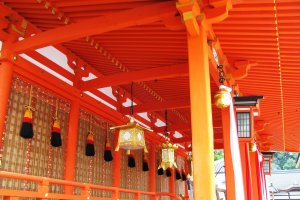 Elena Lisina Author 2 years ago
Thank you! It was wonderful place!
Reply
2 comments in total