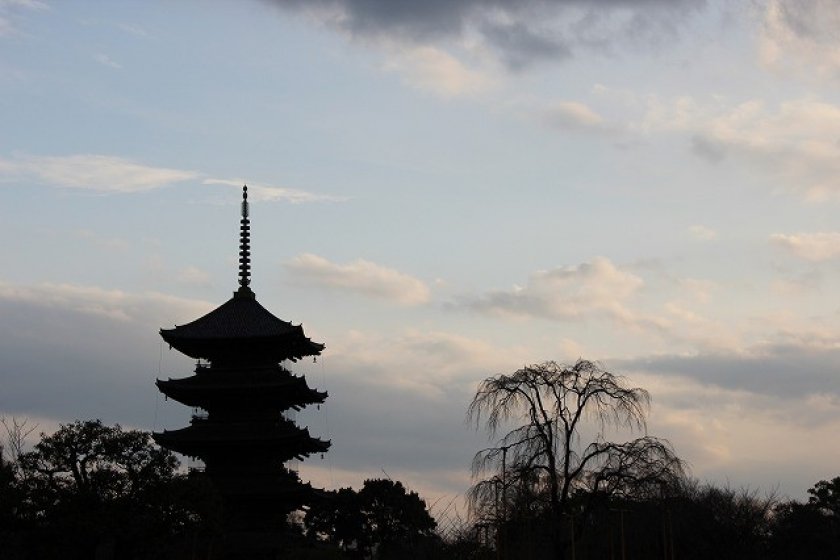 Including the historical story of Kukai and Saga Tenno

Kyoto is a leading tourist city. In addition to thousands of temples and shrines, many festivals or events with long histories are held throughout the year. There are constant hustle and bustle all the year round in Kyoto, but after the autumn colors begin to fade, the number of tourists quickly starts to dwindle.

The sky of mid-winter in Kyoto is so mysterious. When I look up, I see white snowflakes fluttering in the blue sky. The thick, leaden clouds accumulate beyond the northern mountain range, and they will be shaking off ever so much snow around the Natasho area of Fukui. While looking back on the year going by, I took a stroll in the garden of Toji, Kyoto.

In 794 Kanmu Tenno (the Emperor Kanmu) headed the transfer of the capital to Heiankyo (present-day Kyoto), and raised Toji as a guardian temple of the state. Ten years later, Emperor Saga warmly welcomed Kukai, who had just returned from Toh (ancient China), granting this temple to him.

Speaking of emperors, Emperor Saga is credited with laying the foundations of prosperity in the city, leading to the zenith of the Heian Era. It seems that Emperor Saga was a shrewd judge of Kukai’s talent, and also Kukai’s personality won the Emperor’s heart. In the precincts of Toji, there stand such solemn buildings as Kodo Hall, Kondo Hall, and the Goju-no-tou pagoda, all majestic in their long history.

I entered Kodo Hall passing through Togamon Gate. I saw the statue of Dainichi Nyorai sitting in the center of Mandala. His expression was calm. Immediately I noticed the size of his two eyes and their expression were a bit different. The more I gazed at him, the deeper I felt like I was being swallowed up in him. Time was frozen. The right eye full of affectionate tenderness. The left eye with rational cool-headedness. The space in front of the Buddha was filled with the spirit of rapture and supreme bliss.

I just kept standing there for 10 minutes or so, but it felt much longer as if I was presented with atonement for my sins and the purification of my soul. The dusk stole over me and the shadowy twilight darkened instantly. Out of the blue, the sharp cawing of crows tore the cold air. They were flying home to roost.

Shortly after the cawing, the sound of a bell. Gong, gong, gong...One, two, three.

Find out more about Toji Temple. 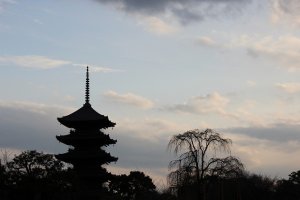 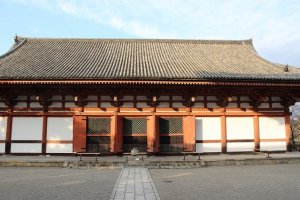 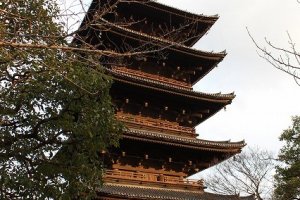