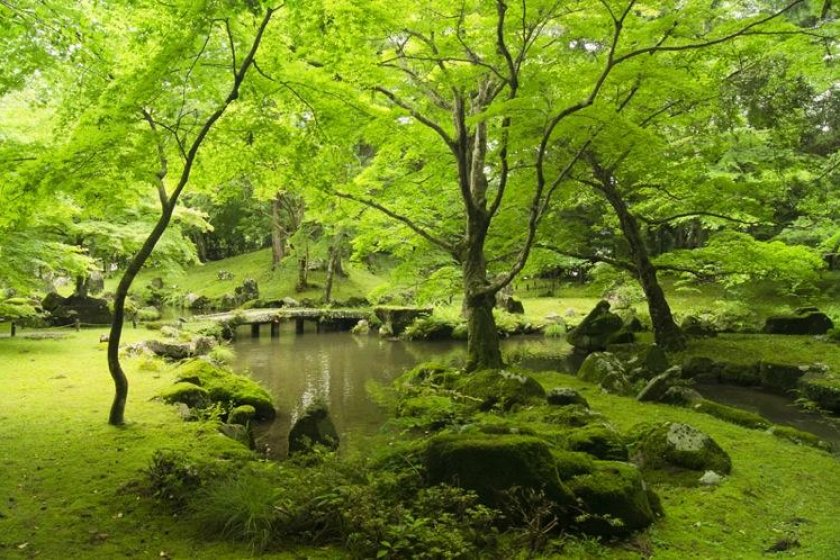 It’s hard to believe that these beautiful gardens, one of Japan’s three major samurai gardens, were the scene of a bloodbath.

The atmosphere is one of pure tranquility. Beautiful in all seasons, particularly early summer when the green is at it’s most lush, and autumn when the rich pre-winter colors that Japan is famed for reach their stunning peak. This is the Kitabatake Ruins and Gardens, the seat of power for the influential Kitabatake clan who ruled the Ise Province around modern day Ano and Tsu (Mie Prefecture) from the early 14th Century.

The Kitabatake Clan were descendents of the Imperial Family and supporters of the Southern Court during Japan’s Nanbokucho Period (1336-1392), when the nation was ruled by two opposing courts. Being of noble birth, the Kitabatake Clan enjoyed the finer things in life and thus built themselves a most splendid mansion surrounded by beautiful gardens. The Kitabatake ruled the region with a firm grip until late 1569, when the domain was attacked by the War Lord, Oda Nobunaga. Although many of the Kitabatake clan were killed in the fighting, the family managed to maintain power. The following year, Oda Nobukatsu, son of Oda Nobunaga married the daughter of Lord Kitabatake Tomonori, and became the adopted heir of the clan in 1570.

The marriage was a farce, a condition of truce forced upon the Kitabatake by the Oda. Five years after the wedding, Nobukatsu officially became the head of the family. The following year, he viciously killed his father-in-law, imprisoned his step- grandfather the previous lord, and completely took over the Kitabatake clan and domains.

Not content to simply head an influential family in a provincial seat, and eager to show his military prowess, Nobukatsu launched an unsuccessful invasion on the neighboring province of Iga in 1579. The disastrous campaign simply invoked the ire of his natural father, Nobunaga, who soon raised an army of over 20,000 shock troop samurai, and swept through the entire region destroying property and life alike. The Kitabatake Clan were destroyed.

Only the gardens survived, and have been listed as a national scenic spot and a historical landmark.

Open year round, and a five minute taxi ride from the JR Meishou Line Iseokutsu Station, the gardens are virtually unknown to the tourist guides. The Kitabatake Memorial Museum nearby is also worth a look in, although English information is scarce. As mentioned, the gardens are recognized as one of the three major warrior class gardens still existing, and as such, must be among Japan’s best kept secrets.

The natural styled garden features elegant ponds criss-crossed by small stone bridges. Leaf strewn gravel paths lead you around the gardens, past thick, lush moss covered grounds interspersed with carefully arranged lichen spattered rocks. Sturdy stone lanterns remind you of the elegance of ancient times, and the memories of the Kitabatake are celebrated with memorial stones and statues. Beside the famed gardens is the Kitabatake shrine, nestled amongst huge, ancient trees, it’s vermillion and white walls in stark contrast to the eye calming greenery. Behind the shrine is a low mountain offering an enjoyable walk, and a rewarding panoramic view from the top.

The atmosphere is best summed up by a signpost within the grounds, one that is often seen at temples and shrines across Japan, that simply states, “May Peace Prevail On Earth”.

At Kitabatake Gardens, we may just have found that peace.

Find out more about Kitabatake Gardens. 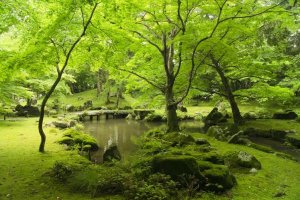 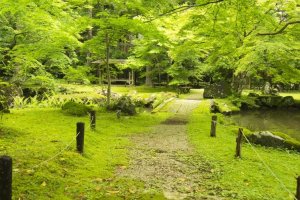 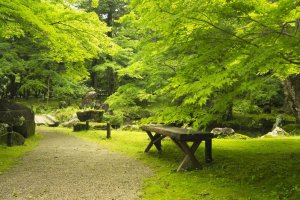 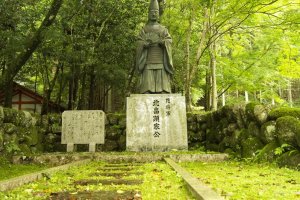 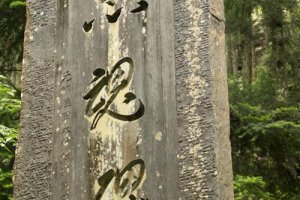 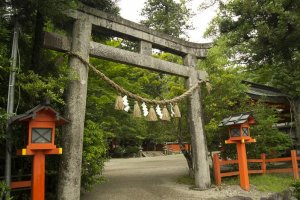 James Holford 10 years ago
I enjoyed the narrative. Edo era notwithstanding, it always nice to know more about the long, tumultuous history here.
Reply Show all 0 replies
1 comment in total