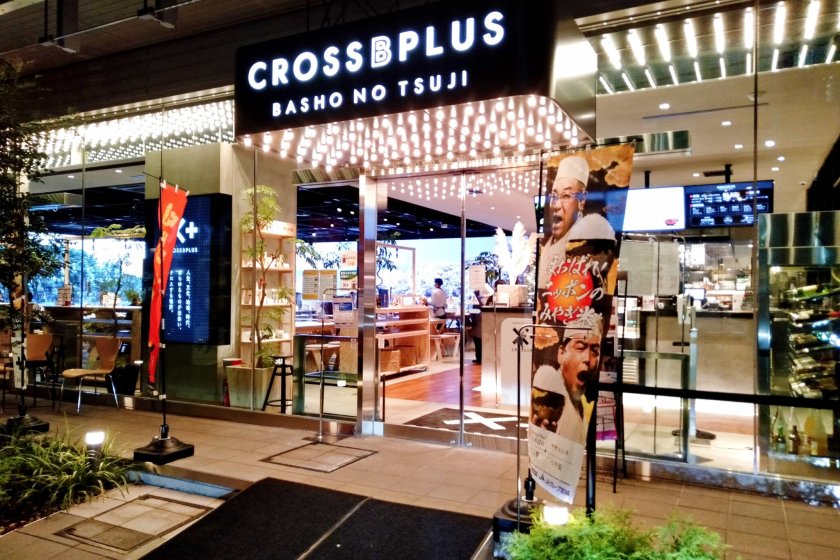 "Cross B Plus" Restaurant in Sendai

Cross B Plus entrance

For around 350 years of Sendai’s four centuries of history before major postwar redevelopment, the action was happening in the middle of the castle town at an intersection called “Basho no Tsuji”. Kokubuncho-dori, the road running north-south, led directly through the major markets. Every so often the road was flooded by hundreds of samurai parading from their northern domains all the way to southern Edo (ancient Tokyo), and back, in the alternate attendance system of “sankin kotai”. The intersecting east-west road divided the former castle town in two: merchant and residential areas in the east, and Sendai Castle a 20-minute walk west. This intersection was once a local melting pot of samurai, artisans, merchants, and townspeople. In an attempt to recreate the lively interaction from the past and to remember the location’s important history, “Cross B Plus” restaurant and attached microbrewery opened in mid-2021.

“Cross B Plus” is private-public project supported by the six prefectures of Tohoku to share the flavors and attractions of the region at one location. The restaurant and its upstairs facilities like meeting rooms are used for community events or promotional events. The first thing you’ll notice through the glass wall facing the street before you even walk inside is the spacious, stylish interior with dynamic video projection walls highlighting tourist attractions and festivals around the region. During the video scenes, keep a lookout for an animated version of “Basho no Tsuji” streetscape, stylized as a woodblock print. Viewing the walls over some food or drink is a real pleasure for the eyes and helpful as a conversation starter or ideas for your next Tohoku adventure. As you might expect, some ingredients and dishes are inspired by the region, such as Sendai Gyu (Sendai Beef) slices, Zao cheese, and various fish. However, there was not as many famous delicacies as I expected, so maybe it is best to go somewhere else if you have some specific local food in mind. You’ll find standard fare like curries, pasta, and salads for lunch, and more exquisite fish and meat dishes served for dinner. The preparation and taste is high quality. There is also a dessert menu created in collaboration with "nel CRAFT CHOCOLATE TOKYO". There are scones, parfaits, and even a mini craft chocolate tasting set.

Where the restaurant really shines in my opinion is its drink menu. There is a very satisfying list of Japanese sake and wines from across the prefectures of Tohoku. Also, there is a microbrewery on location! You can view it through outside windows. Currently, Batsuji Brewing offers three versions of IPA beers. The “Session Hazy IPA” is the sweetest and lowest amount of alcohol by volume at 4%. The “Double Dry Hopped Hazy IPA” was tasty but a little much for me. As stated, it is super dry and when combined with the bitterness of an IPA and higher alcohol volume of 8%, this is the choice if you want to FEEL what you’re drinking! Taste is always subjective, but on that note, I would recommend the “ZUNDA Hazy IPA”. Zunda is a Sendai delicacy made of crushed edamame, but there is none of that in the beer. The full aromas and rich flavor of this beer is the same sensation you’ll have when eating zunda, or at least that was the idea. Despite my disagreement on the name, this beer is definitely the “goldilocks” choice on the menu and the only one I would drink again. At 6% alcohol by volume and a good match for food or on its own, it’s just right.

Sendai is famous as foodie paradise that even satisfies picky Tokyoites. With regional dishes from around Tohoku, a host of local delicacies, and even a handful of Michelin-starred restaurants, you’ll be spoiled for choice on your visit. Is Cross B Plus a must-visit over other places? No. However, the place is easy to find, fun, and tasty. There is no charge, so you can even pop in for just a beer. Plus, you can pay by credit card and the staff are friendly. This is a hassle-free option and good in a pinch for lunch or dinner, served up with a taste of history!

20-minute walk from Sendai Station. Just follow the shopping arcades all the way down west, and go one block forward past the T-intersection.

Alternatively, access via a 3-minute walk from the Aobadori-Ichibancho Subway Station (Tozai Line). 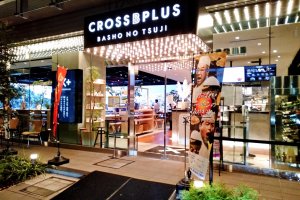 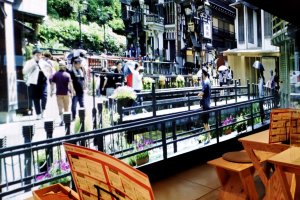 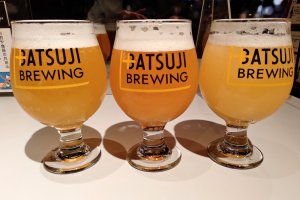 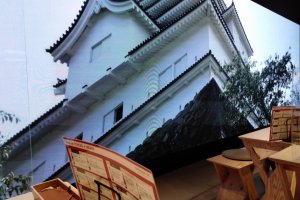 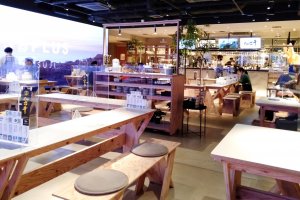 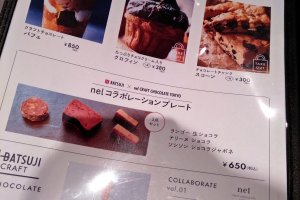 Elena Lisina a month ago
Interesting idea, and the place is stylish. I always plan to visit some special restaurants, but by evening get so tired that any place on my way back is fine. :)
Reply Show all 0 replies

Bonson Lam a month ago
This would be a great place to have a sake and beer tasting and appreciation class, the intersection of flavours from East and West.
Reply Show all 1 replies

Justin Velgus Author a month ago
That would be a fun night hopefully remembered the next!
Reply

Justin Velgus Author a month ago
“Basho no Tsuji” translates as the “Crossroads of Basho”. The naming has nothing to do with the famous haiku poet Matsuo Basho--although he did visit this spot in 1890. Instead, one origin suggests Basho was the name of a local monk that lived in the area. Another record hints that the name came from a type of banana leaf common in the area at the time. “Cross B Plus” is a modern naming appropriate to the stylish interior.
Reply Show all 2 replies

Sleiman Azizi a month ago
Ah, Cross B Plus....
Reply

Justin Velgus Author a month ago
Just add "plus" to anything seems to be the trend these days!
Reply
6 comments in total