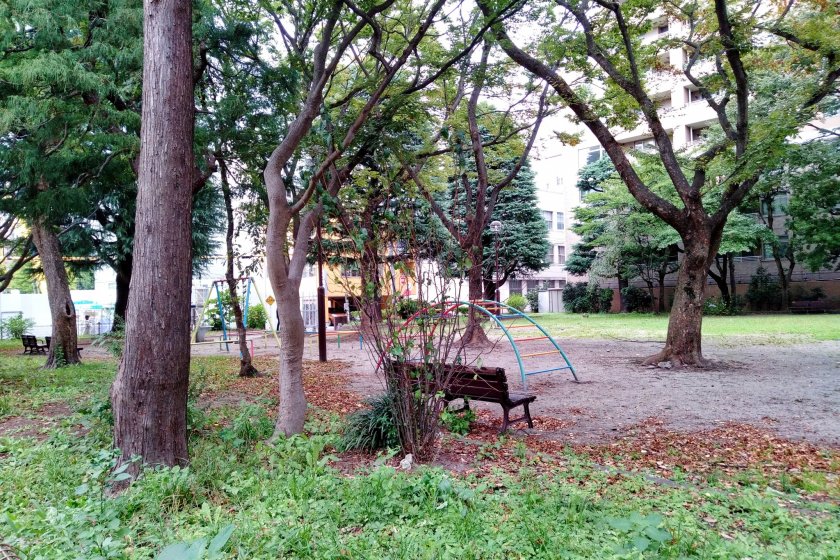 Rediscovering the charm of a small park

Sometimes on my lunch break I'll take my bento lunch outside the office to have a picnic in nearby Sakanamachi Park (肴町公園). The small park is not anything special and won't make any "must-visit" lists. However, similar to tiny parks dotting any large Japanese city, the park fills a large number of roles making a short visit both convenient and relaxing if in the area. Since this park is one of the few in central Sendai and only two blocks away from the busy Sendai shopping arcades, it is worth remembering in case you get a bit tired when walking around.

The name “Sakanamachi” literally means “fish town”. For over three centuries since Sendai’s founder Date Masamune constructed founded the city and constructed his castle town in 1601, this neighborhood prospered as a fish market. During these times, the local government granted monopolies of products to certain towns, with this area specializing in sea products. Central Sendai is far from the sea, plus the products mostly came from the adjacent port city of Shiogama. That meant most fish sold was dried or salted, but there was fresh fish available. Supporting businesses such as craftsmen that made boxes and baskets to carry fish, and other shops thrived as well. The end of the fish market and neighborhood would come with the rest of downtown, burning in the 1945 Sendai Air Raid.

The Sakanamachi neighborhood was rebuilt as a residential area with a few shops and a small park right in the middle. Today, the park is popular with nearby office workers to enjoy during their lunch, families with small kids to walk around in nature, ride the lone swing set, or borrow a book from the tiny community library box, and with taxi drivers that stop to use the bathroom and smoke cigarettes. A variety of tall trees provide shade for human visitors and a home for singing birds. Late summer cicadas swarm the trees, making this one of the few locations in the city center where you can hear the deafening, but somehow charming, chorus of screeching insects. Ample benches around the perimeter of the park provide seating to read a book or drink a coffee. A footpath runs through the park to the next street over. It is used as a shortcut by locals, so you can even do some people watching here. In the corner, you’ll find the now rare public pay phone. Japan often has public phones dotted around cities in case of emergencies like earthquakes that shut off power to cell phones. Landlines may be old school, but they could be a lifesaver in a disaster.

Around the park are a few other minor attractions. Cafes, restaurants, and even a gyutan shop will feed your hunger or caffeine addiction. Koma no Yu (駒の湯) is one of the few remaining sento public baths in Sendai. It is open afternoons and evenings, located on the second floor of the laundromat. Art fans will notice stickers stuck to the neighborhood’s utility boxes and power poles, a sign of a vibrant street culture that prefers to stay anonymous to the local authorities. You can even try to make a local friend at the board game café “Tumbling Dice”.

Taking a few minutes to reflect and unwind during your day or even a vacation is time well spent. Forgot about checking all the boxes on your to do list and slow down for a moment every once in a while. Get out and explore the small parks in your city and you’ll find your own reason to fall in love with one. 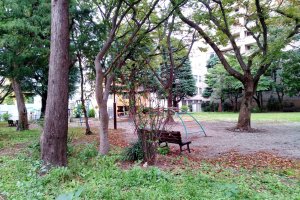 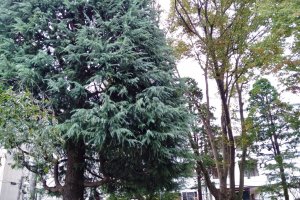 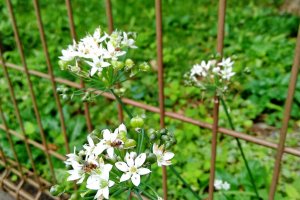 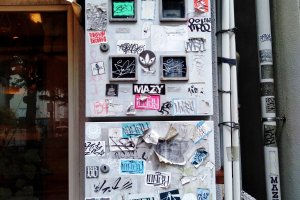 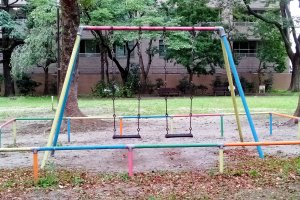 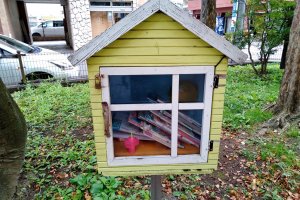 Kim a month ago
These kinds of quiet parks are my favorite places to take my kiddos. Always happy to see this kind of content!
Reply Show all 0 replies

Elena Lisina a month ago
Not a touristic spot for sure. :) But when I come to Japan, I want to see usual things rather than 'places of interest' with crowds of tourists. Trees in Sendai are a treasure! I've heard from my friends they don't like cicadas for their 'noise'.
Reply Show all 0 replies

Bonson Lam a month ago
It is amazing seeing the history of this place, from fish markets to now, a place for having lunch in the park. Thank you for bringing this place to life.
Reply Show all 1 replies

Justin Velgus Author a month ago
Let's bring it full circle: eat a sushi bento in the park!
Reply
4 comments in total