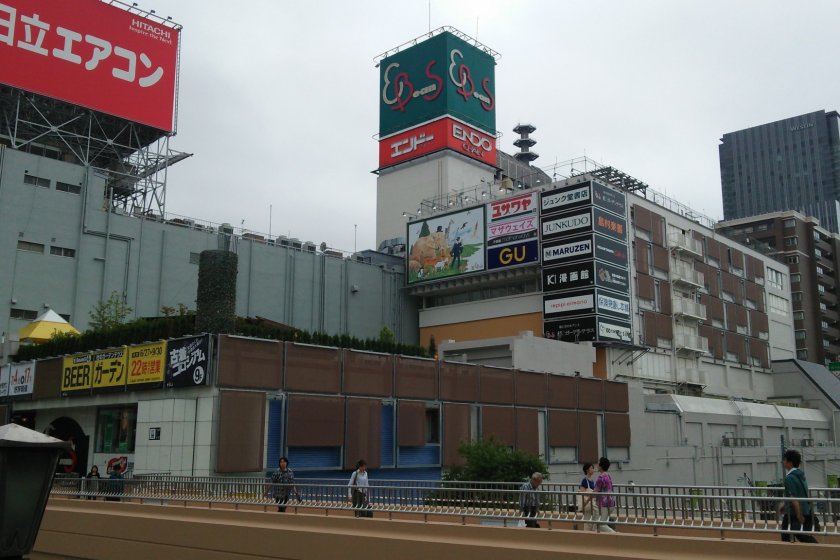 People have different images of Japan, and they want to see different things when they visit. Some prefer traditional culture, while others are looking for something more modern. Amongst the latter is manga and anime, Japan's comic-books and cartoons respectively. Both are very popular abroad, with animes like Bleach, Naruto or One Piece amongst the most popular.

In Japan, manga and anime are simultaneously mainstream and niche. Bookstores sell the latest editions of manga magazines, pages of black and white with highlights of color. Anime of all kinds is shown on TV. But serious fans in search of memorabilia and long-lasting copies of their favorite series have to go to more specialized shops.

One place they can go in Sendai is Kikuya Manga and Book Store in the E-Beans building. E-Beans, a sort-of shopping mall owned by a Tohoku-based company, boasts a ¥100 store, antiques, clothes, restaurants, books, a hairdressers and a craft store. Then there's Kikuya, which takes up the whole of the eighth floor – it's a huge store.

The store, part of a chain mainly based in the Kansai region, mostly sells manga, but there are DVDs, CDs and some merchandise, too. Some space is given to a wig shop called Maple, which for a small shop has quite an impressive selection. Anyone planning on cosplaying (dressing up as characters from comic, cartoons, games, etc.), particularly anime characters, should definitely check this place out.

In Western shops, the small selection of manga that's available is often arranged alphabetically, but that's not the case in Japan. The main classification here is by publisher, so if you want to have a look at your favorite manga in its original language, make sure to check which company publishes it in Japan first (although you could take a rough guess based on the target age/gender of other comics in the area – publishers usually have a certain audience). At the ends of each set of shelving you can find displays, maybe even a bit of anime on a tiny screen. The latest publications are on a small island display near the entrance, and Kikuya also sells some novels.

So far, nothing too different to any other store of its type (although it does seem to be the biggest in Sendai). However, Kikuya has one more special feature, something unique, interesting and rather impressive. Along one side of the store, in a space that might otherwise be vacant, is a display featuring messages and autographs from various manga artists. Some of the more elaborate have drawings of famous characters on, too. From what I could gather, the messages were congratulating the store on their re-opening after the earthquake in 2011. There are dozens on display, but they still don't all fit – the ones on display change from time to time. I couldn't recognize most of them just from the drawings of characters (and reading the names was a challenge), but I have seen FullMetal Alchemist work in there, and Space Brothers. Personally, I enjoyed just looking at all the different styles of drawing.

Although it mainly sells manga, Kikuya has a little bit of everything, so there's something for every fan. Don't miss out on the display of messages from artists, a unique and interesting feature. 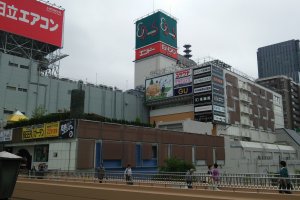 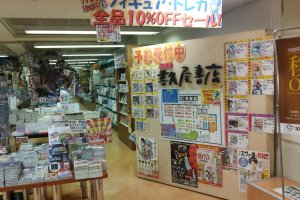 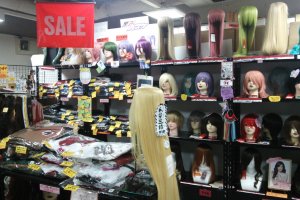 Laura Welch Author 5 years ago
There are a lot of changes happening in E-Beans at the moment, and I don't think Kikuya is staying. It looks like Animate is moving in, though, so watch this space!
Reply Show all 1 replies

Justin Velgus 5 years ago
Thanks for the inside tip. When I checked it out the other day, it looks like late January things will be changing. We'll have to keep an eye on things indeed.
Reply

Justin Velgus 5 years ago
Great find. From the outside of E Beans it could be hard to imagine the manga mecca inside! I will be sharing this info when others comes to Sendai for sure ;D
Reply Show all 0 replies
3 comments in total