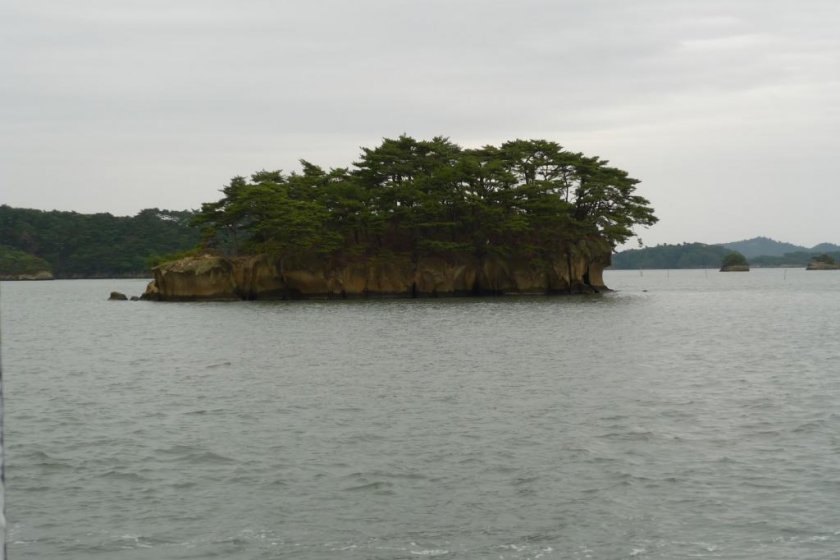 Enjoy a one way journey through the bay of pine trees

Matsushima is known as one of Japan's three most scenic views and is famous for its myriad pine tree-covered islands. The name is actually a direct reference to the islands: matsu + shima = pine tree + island.

We visited Matsushima one cloudy and rainy day after catching an early shinkansen (bullet train) up from Tokyo to the nearby city of Sendai. Since we were staying in Sendai for the next two nights this meant we didn't have to go all the way back to Tokyo in the evening. If you left early enough though and were prepared for a long day, it would certainly be possible to visit Matsushima as a full day trip from Tokyo.

One of the best ways to see the famous islands up close is to go on one of the short boat cruises that are specifically designed for sightseeing. Our plan was to catch a train from Sendai Station (JR Senseki Line) to the nearby Hon-Shiogama Station (steps away from the famous Shiogama Shrine) and from there travel by boat over to the main part of Matsushima.

Once we arrived at Hon-Shiogama we walked down to the Marubun Kisen ferry terminal, purchased a ticket for the "Basho Cruise" and waited a little while for the next boat. There were not too many people around at the ferry terminal which is easily attributable to the weather as it was a pretty rainy day. This all changed when the boat from the main part of Matsushima arrived though!

A massive amount of people got off! At least 150! It made us feel a little like we might be doing the trip the wrong way!

However, it looked like they were all part of a domestic tour group(s) as some of the people were wearing uniforms and waving flags that everyone was following. This is actually quite a common sight in the popular Japanese tourist spots. Personally I think it’s a bit strange to go on tour of your own country although it would certainly be better than not going at all.

There were actually more crew than passengers for this trip, with just us, an older couple, and another guy who was by himself. All five of us had only bought third class tickets which meant we could not go up to the higher decks.

After boarding I was asked if I understood Japanese by one of the staff members and replied "Yes, just a little". The man then asked if we'd like English, and I said yes to that too. We thought we were going to be given maps but instead found that they turned on the English track for the voiceover commentary.

It was a bit embarrassing having it on just for our benefit but it was nice as we were able to get a deeper understanding of what was going on. Although I did notice that compared to the Japanese track, a fair amount of English was left out.

Despite the rain the islands were really pretty and were what got us to fire up our cameras for the first time since arriving in Japan yesterday.

I noticed that visible in many of the islands were lots of examples of sedimentary bedding, and I was quite interested in the geology of Matsushima bay while we were there. It turns out that the deposits making up the islands belong to the Miocene Matsushimawan Group. The rocks are therefore between 5 million and 23 million years old. Interestingly, the marine clay sediments below the islands are from the Holocene. This is a period of time beginning about 12,000 years ago and continuing until now. So basically the rocks below are much younger than the ones above! Some interesting event must have happened to cause this.

After some further research I found that this event was a "Mega Landslide" that occurred around 6,000 years ago. The landslide was probably caused by an earthquake and resulted in a humongous 10 kilometer long chunk of Matsushima sliding horizontally about 5 kilometres into the ocean. Such a large amount of rock mass being suddenly dumped into the ocean probably would have created a "Mega Tsunami". The islands are the remains of this massive event and have been eroding ever since they slid into the ocean.

We had a lot of fun traveling around to the islands and the audio voiceover told us many different tidbits about the different islands. Facts such as: "This island is considered the most dainty of all the islands" and "Passing under the opening in this island will bring you a long life". Unfortunately our boat didn't go under that island though!

Before long the cruise was over and we arrived at Matsushima ready to explore the rest of what the area had to offer! 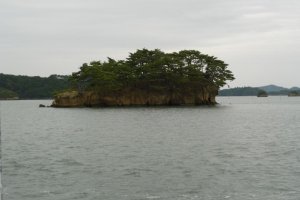 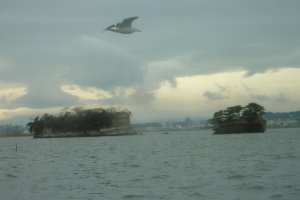 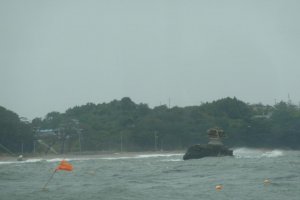 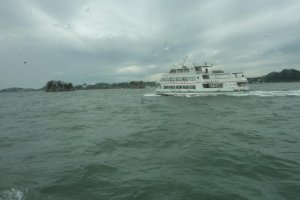 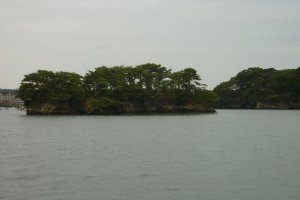 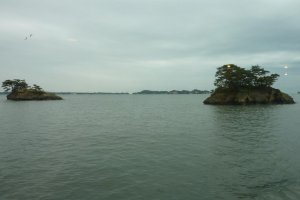 Elena Lisina 2 years ago
The views are much better on a sunny day!
Reply Show all 0 replies
1 comment in total