The cat island of Miyagi prefecture

A small island sits off the coast of Miyagi Prefecture near the city of Ishinomaki. It would seem as if it would be nothing special considering that less than one hundred people live there. However the cat population on the island is around 600. And the Ishinomaki Tourism Department has a special place for their guests to stay if they choose.

On the island there is a list of things to visit and see, including the Cat Shrine, or Neko Jinja in Japanese. This little shrine is located on the central part of the island and requires a little bit of a hike to see it. The shrine was built many years ago as an apology from the fishermen there to the cats. As the story goes: One day, when the fishermen were preparing their nets for fishing, a stray rock, from a pile of rocks, fell and killed one of the cats. The fishermen felt so bad that they enshrined the cat in a small shrine on the island. Now when people visit the shrine, as per Japanese tradition when visiting graves, they leave little presents and gifts for the cat enshrined there.

Another great thing about the Island is an area called Manga Island. Manga Island is a special area in which you can stay. Though Tashirojima has a few Ryokans (Japanese Inns), Manga Island is the place to reserve a place to stay. They have Cat Cabins there. That's right, Cat Cabins. There are 5 with a large campground area for visitors to rest, and the cats usually gather there shortly after the boat arrives. Many people bring their cat treats, cat toys, and even cat nip to Manga Island because of its large open space for entertaining the cats.

Don't forget that the island has many different roads and trails that you can walk along if you like hiking. The morning hike around the island is very beautiful with the sun peeking in ever so often from the canopy. If hiking is your hobby, you could probably hike the entire island within the allotted time from first to last ferry.

Things to know before going

Take a trash bag: you must bring all your trash back with you.

The island shuts down its tourism department from 01 November until 01 April. You can still take a day trip and stay in Ryokans, but not the Cat Cabins.

When the island's tourism department shuts down, there aren't as many open public restrooms.

You have about 10-15 minutes to get off the bus, get your ferry ticket, and board the ferry. Total Costs for a Day Trip

If you want more info, check out an informative video on the island, with step by step instructions on how to get to the Island.

Overall, the experience is amazing, and you even get to play with some cute kitties.

In order to get to this small island, you would need to get on the Senseki Line from Sendai if you aren't already in Ishinomaki. Then take that train to Ishinomaki Station. One thing to keep in mind is that if you are only doing a day trip, you need to get on the 08:30 bus to the ferry. The next one doesn't come until 11:30. But herein lies a problem. It takes 20 minutes for the bus to reach the ferry, and then another hour for the ferry to reach the island. The last ferry leaves at around 15:30. So if you miss the 08:30 bus, get on the next one, and you get to the island; you will only get around two hours on the island before having to return to Ishinomaki. 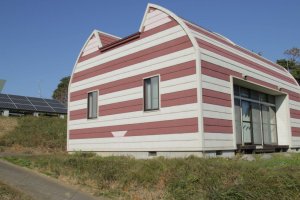 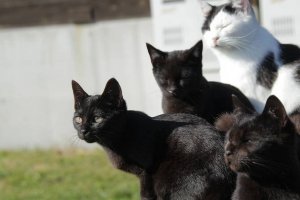 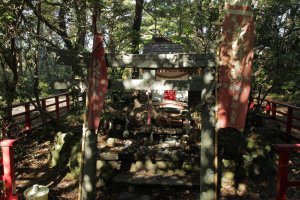