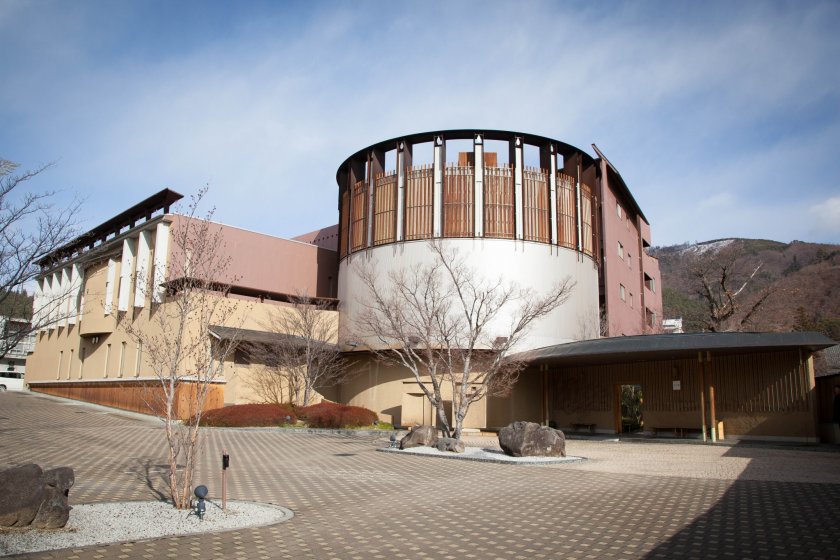 I can say without a doubt that my time at KAI Matsumoto was the most relaxing weekend I’ve had in ages, and for anyone looking to take it easy and just get away from It All I can’t recommend the place highly enough.

The hotel is situated in Matsumoto city surrounded by the breathtaking Japanese Alps, and there are a number of splendid attractions within close proximity such as Matsumoto Castle. However, personally I could happily spend an entire weekend inside the hotel without setting a foot outside the door. I don’t have enough hands on which to count all the delights it has to offer, but one of the main attractions that stands out in my memory is, of course, the onsen hot spring baths.

There are a total of 13 different baths in the hotel, divided between 2 rooms. There is one set of baths designated for women and the other for men, and initially I was disappointed to think that I wouldn’t be able to sample all 13. However, to my delight I discovered that they alternate every 12 hours, so that what was the men’s bath (after a good scrubbing) becomes the women’s and the women’s becomes the men’s, which in short means that even if you only stay for one night you’ll have the chance to soak yourself in each and every one of them!

There are indoor and outdoor baths that are a variety of different temperatures and shapes and depths. There are baths you lie down in, baths you sit in, even ones you stand up in, and I don’t think I can put into words just how relax and good you feel after spending a couple of hours in them. There are also cold drinks available that you are free to enjoy in-between dips, which is wonderfully refreshing. All the water is pumped through from a natural spring, which was apparently where the Lord of Matsumoto castle used to get the water from his bath from!

If you think that sounds good, wait until I tell you about the private bath I had in my room! Leading on from the shower area, fully stocked with body lotion and other such goodies, was an outdoor onsen bath just for me, which had a beautiful view of the surrounding mountains and landscape. I can’t even remember how many hours I spend sitting in there, enjoying the magnificent scenery while sipping on a cold drink. Getting into my freshly made, incredibly fluffy and soft futon (which the staff had set out while I was at dinner) after my day of bathing, I don’t think I’ve ever slept so well or so deeply.

On the subject of my room, I was really amazed by how the traditional Japanese decor and design of the room created an incredibly peaceful atmosphere than was really conducive to relaxation and sleep. I say room, but it was more like my own suite and had I had a few more futons it would have easily slept another 10 people! 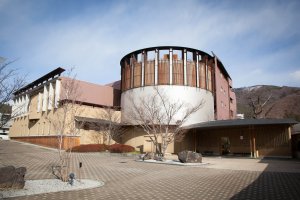 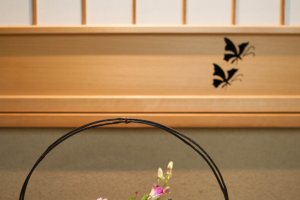 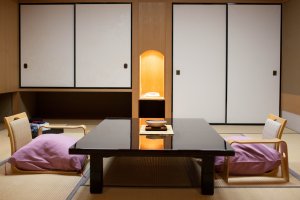 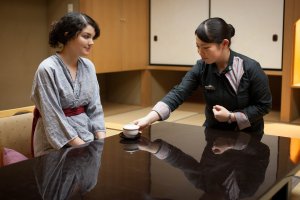 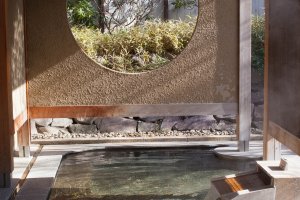 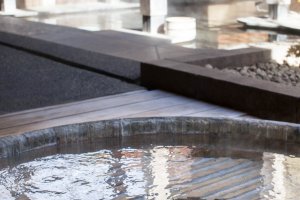